Next on The Scoop: Family DIY: How to Make a Scrapbook of Your Cat
Cat Dandy

I Got Married at Home, and My Cat Was Not Invited

Thomas would have loved sniffing all the guests at our wedding, but his safety came first.

When you get married more than once, you probably make the events different from each other. My wife, Daphne, and I have been legally married to each other twice, but we’ve been through the ceremony three times. The first took place in 2002 in the office of a judge in South Lake Tahoe, Nevada, and the second (for the benefit of all the friends and family who hadn’t eloped with us) at a rented venue near our apartment. We were together for a while, then we were apart for a while. We reunited in 2012, and early last year we planned a wedding at home. It happened in late October.

Our three weddings were different from each other, but they had this in common: Our cats were not invited.

We had two cats when we eloped (Cleo and Tiger Lily), but we left them at home for the simple reason that one cat (I won’t say who) had a pretty serious gambling problem we did NOT want to encourage with a trip to Nevada. The second ceremony happened close to our apartment, but one cat (again, I won’t name names) couldn’t lay off the cheesecake and wine, so we left them both at home with kibble and treats. 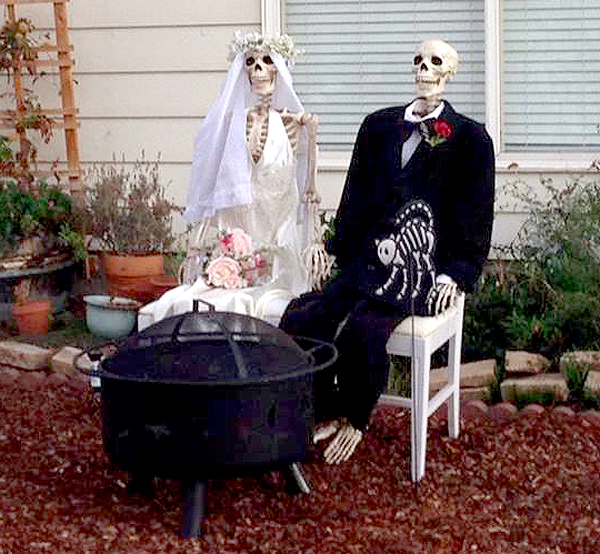 We set these two up in our front yard before the wedding.

When we planned this year’s wedding — we called it “Act II” — we opted to keep our current cat, Thomas, out of it simply because he wouldn’t be safe with so many people around. We had about 60 guests, and the ceremony took place in our backyard after dark. We didn’t want Thomas being accidentally let out the front door, or wandering out back then getting scared and hopping the fence.

Daphne and I found some good tips on Catster. Most are in a post by JaneA Kelley about how to keep cats calm on Independence Day. Thomas surprised me with how well he handled it all, but I still stand by the decision to keep him separated.

Here’s how we kept Thomas calm and safe during the big event:

We did this by putting Thomas in our guest room, which is also my office when I work from home. It’s far enough away from the main part of our house and the backyard so noise was relatively low. I also set my computer to play ambient music. Here’s Thomas sleeping on the futon that doubles as our guest bed: 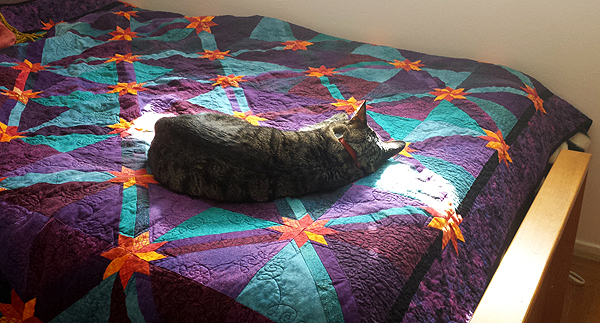 This, as I’ve already mentioned, was a priority. We took the extra precaution of putting a sign on the guest-room door in case any guests opened it by mistake while searching for the restroom. 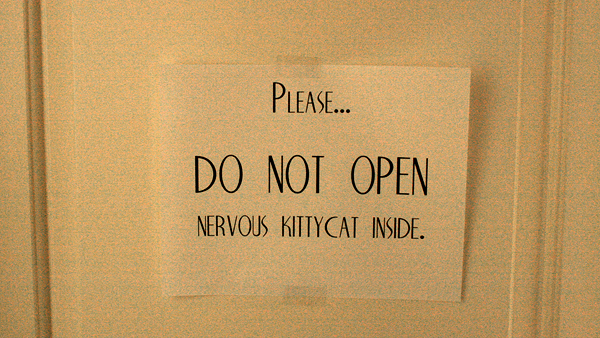 3. Provide a place to hide

Thomas doesn’t often run and hide, but when he does, the futon in the guest room is one of two places he usually goes, so he had a familiar hiding place if he needed one. We also placed his food and water as well as his litter box nearby. 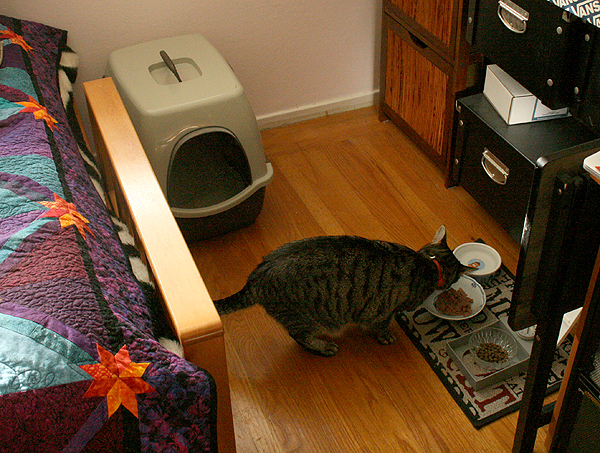 4. Have your cat wear an ID tag and collar

Thomas always wears this, so in case he does get out and hop the fence, he has a better chance of getting home if someone finds him.

A cat might be curious as to what’s going on — or terrified — so he benefits from periodic reassuring visits. Thomas was consistently curious rather than scared. I went to see him several times, sometimes with other people. Each time, he wanted to get out and see what was happening.

The photos below show when I brought Executive Editor Vicky Walker into the room. As you can see, Thomas looks like the happy cat he usually is. 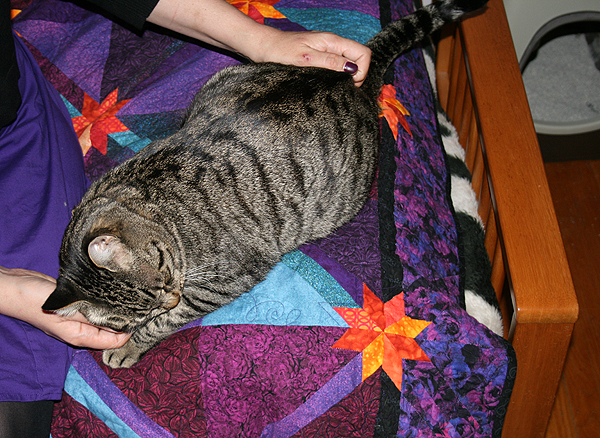 Now I’ll show you a few photos from the wedding.

Daphne and I each kept our original wedding rings, and for this ceremony we got new ones as well. My original is on the left, and my new one is on the right. I wear both — one on each hand. 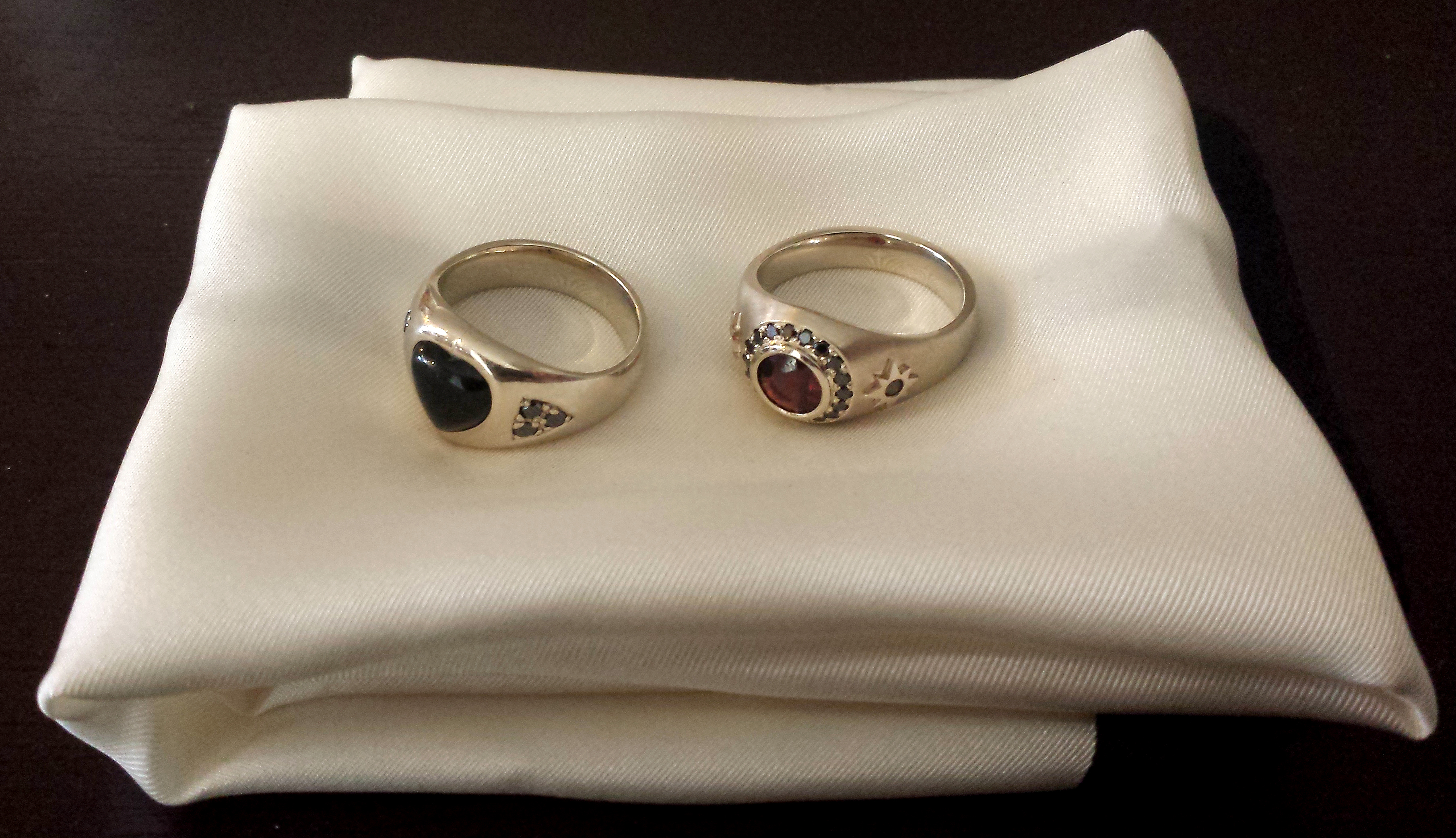 Daphne’s original is the gorgeous yellow-green diamond on top, and her new one is the smaller complementary band below. 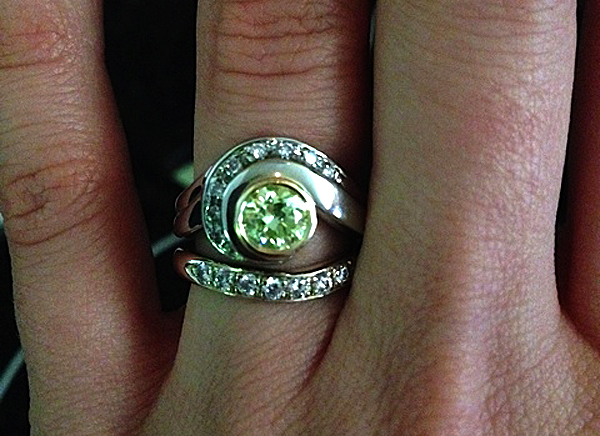 I love accessories — and I had to get these cufflinks to go with my tux. 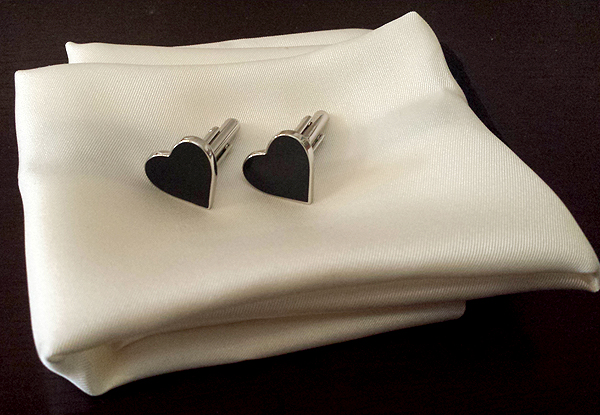 Here’s Daphne and I before things get under way. 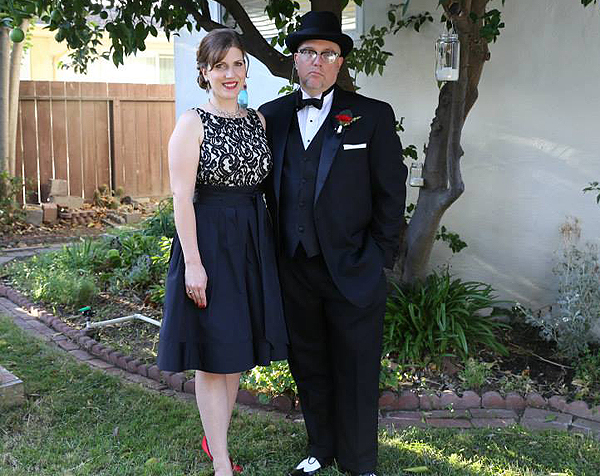 Friends and associates began to arrive. 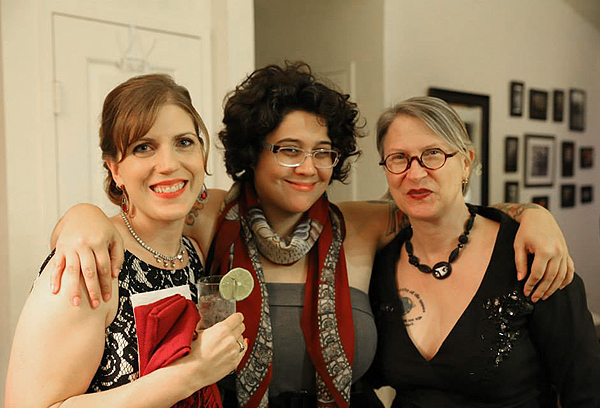 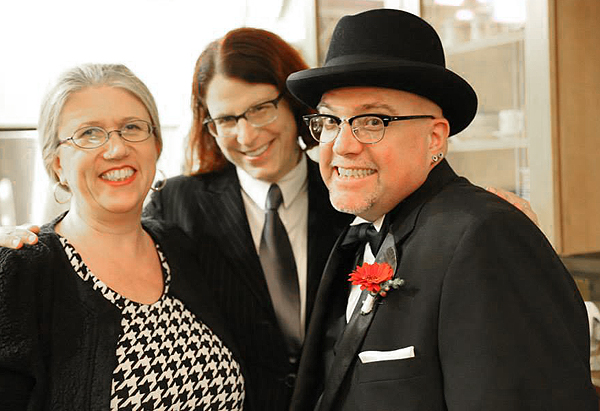 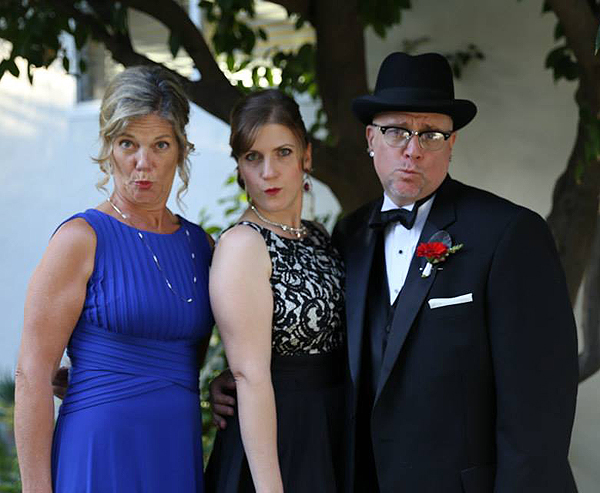 The ceremony was a mix of sentimentality and sketch comedy — just as it should be. I’ll point out here that our two officiants, Carol Queen and Robert Lawrence, are cat people of the highest order. I’ve interviewed Carol for one post I did on Catster. 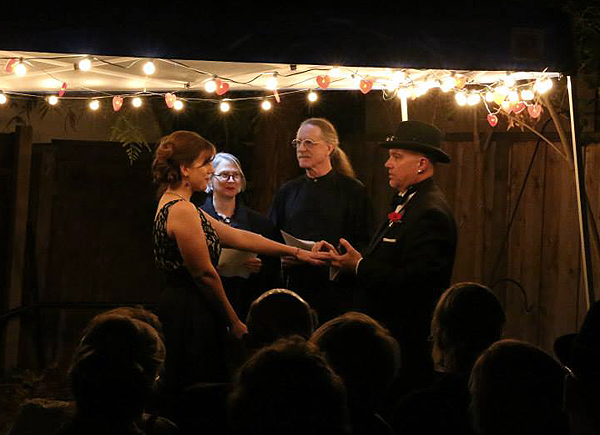 So. After the wedding, we opened the door and Thomas walked right out, curious to sniff all the new things and to see the people who stayed to chat. It really did go well for everyone.

Have you had an event such as a wedding or cocktail party at home? How did you prepare your cat? How did it go? Tell me in the comments.

Cat Dandy is the luckiest cat guy on Earth — thanks, Daphne and Thomas: