Next on The Scoop: It’s Never Too Late to Evolve Into a Full-On Cat Lady
Let's Talk

Does Your Cat Ever Need Quiet Time Alone?

The issue of whether my cat might need some time away from me only recently came up in my life. I’d never given it a thought before. Generally, I seemed to have the balance down without even trying. I’d pay attention to my cats, and they loved it. When I was busy working, they seemed fine with that, too.

Then we adopted Zorro. 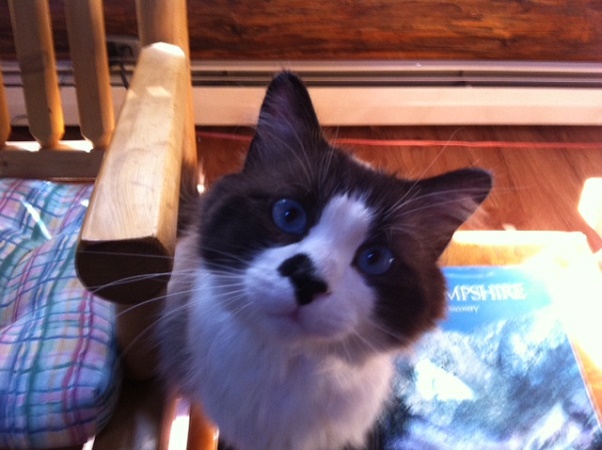 Many of you know that Zorro is a former feral. I got lucky and Zorro tamed pretty quickly. Still, he had to integrate into a household of five other established cats, and the integration is still going on. Zorro went from an intense outdoor situation where he had to hunt, stay warm, and constantly worry about survival, to a relatively safe indoor situation. His feral influences are still present at times. He can quickly become overstimulated, and that can result in a bite or other bad behavior.

The behavior was never terrible, and it is getting better. But I learned that sometimes, the best thing to do it to stop providing stimulation. It made me realize that there might be times when Zorro did need time away from me. He is a Velcro cat and is very attached to me. As he gets more and more used to a safe indoor life with a multicat hierarchy that’s still being worked out, there will be periods when he needs time alone. In my anthropomorphic way of thinking, I think Zorro just needs time to figure things out. 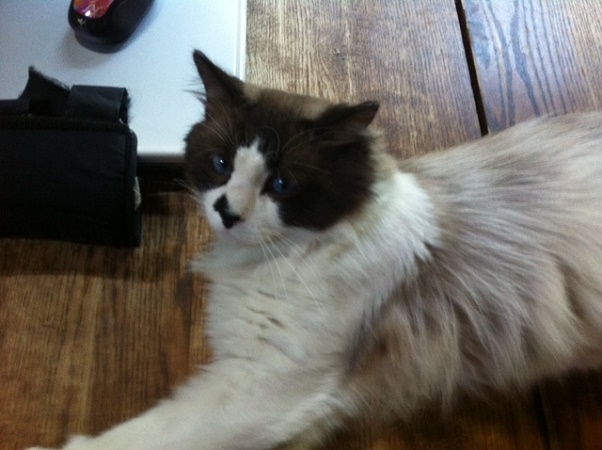 How it used to be

Ever since Zorro tamed, he has become very attached to me. He will follow me all over the house, and loves to be in my general vicinity, particularly if I am sitting still or working. Zorro is a cat who’s really in his body. He’s very expressive and very excitable. He’ll headbutt and loves to be touched. He can easily work himself up into a highly stimulated state, which used to result in a bite. Never a serious bite, but enough of a bite to surprise me. Happily, this behavior is almost gone.

Zorro also used to walk very close to my legs, and something about my leg movement would stimulate him and he would suddenly lash out and swat. Thankfully, that behavior is gone, too. 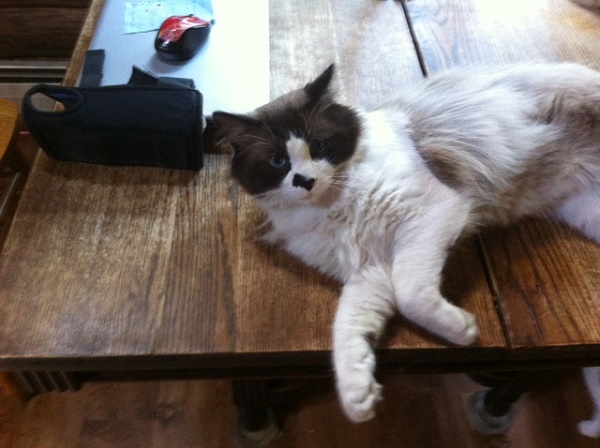 When these things happened, I’d remove myself quickly from the situation. I hoped that removing the stimulation would redirect the behavior. I did some research and read that sometimes, when you’re petting a cat, they can become overstimulated to the point that the petting is hurting. Then, they bite. I am not sure if this is true, but it stuck with me.

I know from experience that this works — redirecting the prey urge that comes when a cat bites or attacks by using play. I also know I haven’t done enough of this. Often there are other cats around, and I don’t want to get Zorro so riled up that he’ll jump the other cats. He does play well alone. I am, at this moment, writing this in a room with Zorro. Just moments ago, he gleefully ran across the room and spent several moments smacking a ball in a circular cat-toy track. 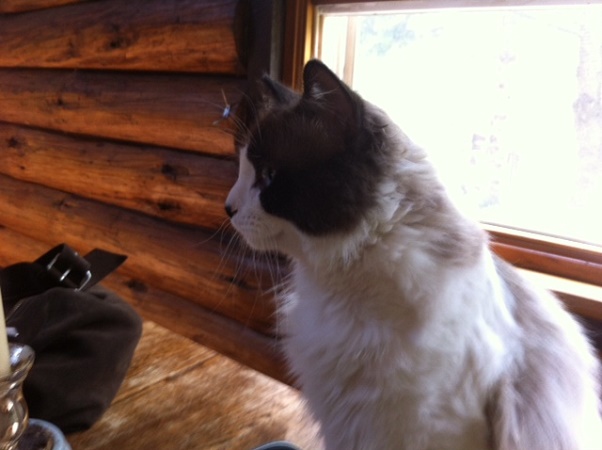 How it is improving

I’m very aware of the signs of approaching overstimulation in Zorro (switching tail and dilated eyes). When I see that coming on, I stop petting him, remove myself from the situation, or try to change the situation. His behaviors have improved. He’s not jumping at my legs anymore, and he very rarely bites. I still need to work on his tendency to want to jump the other cats.

But I am encouraged. I’ve noticed this beginning to transition into play with the other cats, and I’ve noticed more mutual sniffing and nose touching. Only a moment ago, Norton and Zorro were playing. Even if a cat seems like a Velcro cat, giving your cat some space could be a very good thing.

Do you ever need to give your cat space? Why? Has it solved the problem? Let us know in the comments!