Next on The Scoop: We Love Cat Guys: A Chat with Eligible Cat-Bachelor Kevin H.

Do You Agree That Bengal Cats Should Be Banned?

I recently read a disturbing update from one of my favorite feline bloggers, Bagheera the Diabetic Cat. Bagheera is a Bengal cat, and he shares his California home with two other Bengals and a dedicated human who is hoping to open a cat caf├® in their home city. 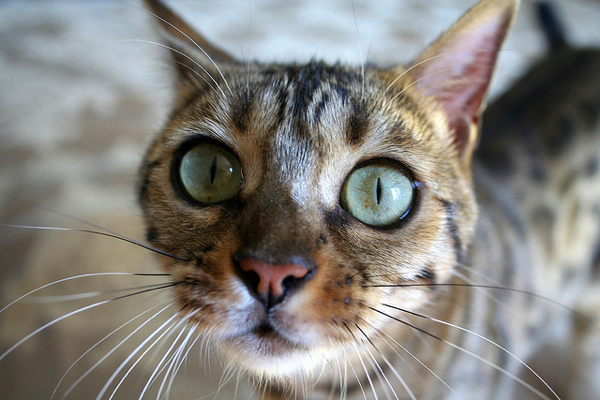 Unfortunately, some organizations are lobbying to regulate (that’s most likely code for "ban") Bengal cats like Bagheera and his feline housemates. The groups argue that these "frankencats" are more likely to exhibit behaviors such as spraying, fighting, biting, and escape artistry, and therefore animal shelters hesitate to take these "dangerous" cats after they’re abandoned by owners who can’t deal with their "wild" behavior.

The thing is, anyone who’s ever worked with cats or watched an episode or two of My Cat From Hell knows that "tame," "domestic" cats of other breeds are quite likely to engage in similar behaviors. 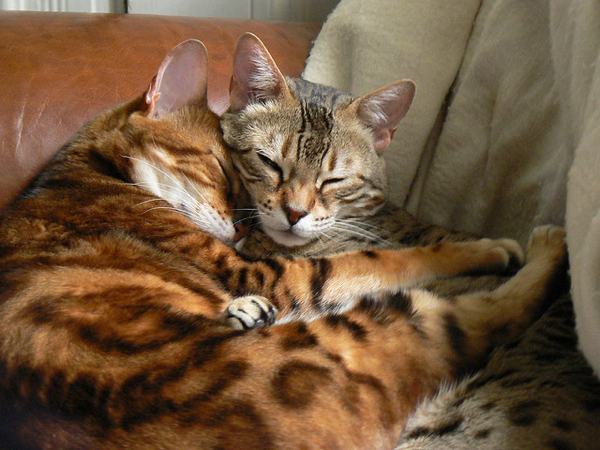 I understand and share the organizations’ concern that people are going to buy Bengals because some brain-dead reality TV star like Kourtney Kardashian buys one, without thinking about how a particular breed of cat works with their lifestyle. After all, her equally brain-dead sister Kim did the same thing with a teacup Persian kitten, and we all know how well that ended.

To characterize most of the Bengal cats in homes today as wild creatures is not accurate. When the breed was founded in the 1980s as a result of a cross between a domestic cat and an Asian leopard cat, the Bengal was much wilder. But the breed has been around long enough that today’s Bengals are many generations removed from their original foundation stock. 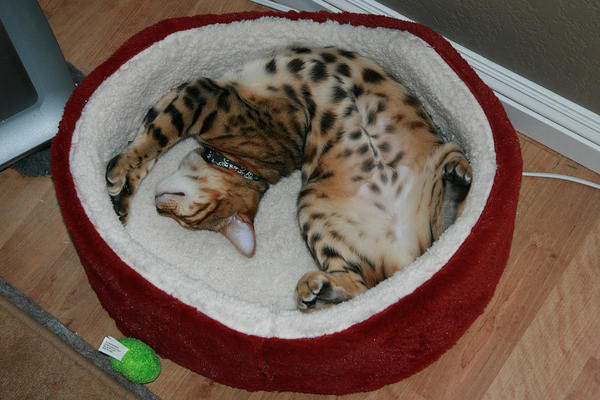 Most of the regulations around Bengals and other hybrid breeds focuses on the banning of or severe restrictions on ownership of cats up to four generations removed from the foundation stock (generations F1 through F4). This I can understand, because those earlier generations do tend to have a lot more wild characteristics. The thing is that many of these regulations are also so poorly written that they could be interpreted to be a ban on the entire breed.

But even the tame domestic Bengal is not for everybody. Bengals are renowned for their high energy and great need for stimulation. They are not for mellow families or for people who want a low-key "lap fungus" of a cat. They need lots of exercise in order to avoid behavior problems, and this is even more true for earlier-generation Bengals. If you don’t have a way to provide that, you shouldn’t bring a Bengal into your family. 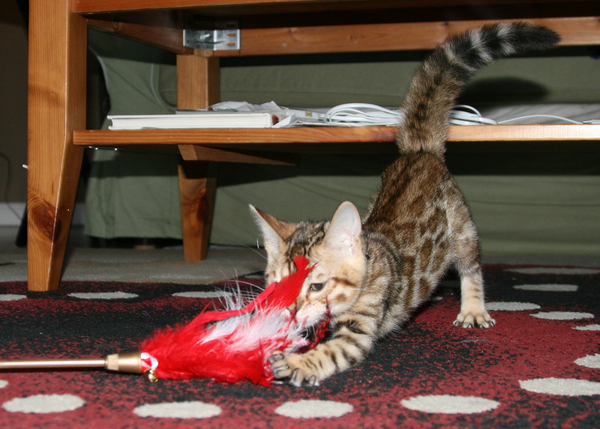 According to the International Cat Association, Bengal cats are no longer cross-bred with wildcats. They are only bred to other Bengals, and kittens sold today are domestic cats through and through.

Sure, there’s always going to be some jackass who is going to be in the market for a foundation-stock Bengal to add to his collection of living trophies, but it seems unfair to use these boneheads as an excuse to penalize people who just happen to have fallen in love with a Bengal (or a Savannah, or a Serengeti), then did their research to ensure the breed was a good match for them and bought their cat from a responsible breeder. 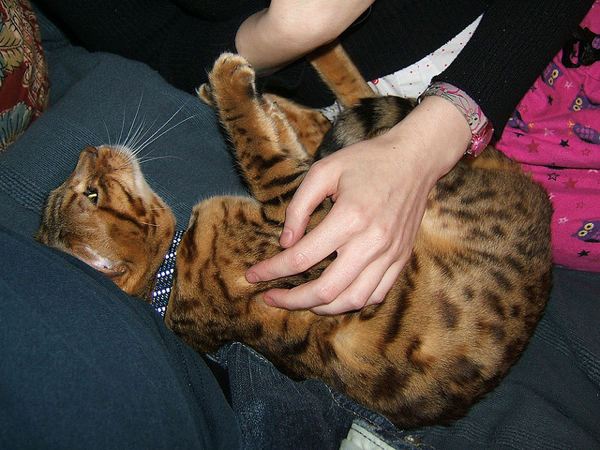 What do you think? Should Bengals and other cats whose foundation stock included wildcats be banned? Should they be regulated, and if so, how much? Do you have a Bengal or another hybrid-type breed cat? What do you have to say about the regulations and misconceptions? Let’s talk in the comments!