Next on The Scoop: Is Your Cat Not Using the Litter Box? 6 Things to Know
Obsessions 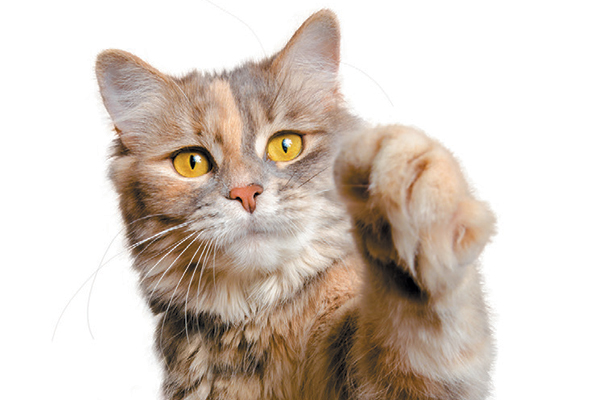 Right or Left? Research Determines if Cats Have a Preferred Paw

Right-handedness is more common in humans, but what paw do cats prefer? Researchers from the Animal Behaviour Centre at Queen's University have some insights.

Researchers at the Animal Behaviour Centre at Queen’s University in Belfast used owner surveys and an experiment to determine if cats might be left-pawed or right-pawed. For the survey, owners tracked which paw their cats used when stepping into a litter box or taking the first step down stairs.

Researchers also put treats inside a container and recorded which paw each cat used to get the treats. Although the results showed that cats overall aren’t biased toward one paw (the way right-handedness is more common in humans than left-handedness), they did have preferences (73 percent used one paw more to reach for the treats, and 70 percent showed paw preference when taking the first step on stairs).

3 comments on “Right or Left? Research Determines if Cats Have a Preferred Paw”