Next on The Scoop: Our Monday Miracle Is Bug A Boo, the Adorable Hydrocephalus Kitten

Do You Have a Velcro Cat? Here Are 7 Ways to Tell

My Ragdoll, the formerly feral Zorro, is teaching me all about what it’s like to have a Velcro cat. Of course, I have had cats who loved and adored me, but all had different ways of showing it. Some were shyer than others, and some (like the sweet orange tom who lived with us) didn’t let me get real lovey with them until their later years.

But I will never have to worry about distance with Zorro. He is very attached to me, perhaps because I am the person who rescued him or who had the most contact with him before, during, and after rescue. Here are seven ways he’s a Velcro cat:

Zorro will do anything to get my attention. He wants me focused on him. He learned pretty rapidly to pose for the camera, and he’s not afraid to show off his good looks. I don’t blame him! If you’ve got it, flaunt it. Zorro lives by that philosophy. 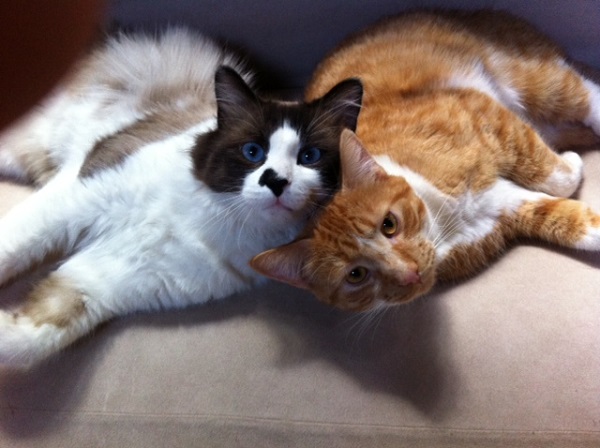 2. He uses every part of his body to get attention

Zorro must have been a dancer in a former life. He knows how to use his whole body, and those big paws, to get attention. I’m learning that it’s not surprising that the Ragdoll cat is known to love to flop around, because Zorro is constantly flopping at my feet. Even when he was feral, he sat outside our window and raised a paw as if begging. Clearly, he was trying to communicate with us. He’s very very good at it.

Similarly, it’s very easy to make eye contact with him. He is always watching me. If I stare at him a little too long (not in a threatening way, obviously, but with soft, or encouraging eyes), he is right next to me, instantly. 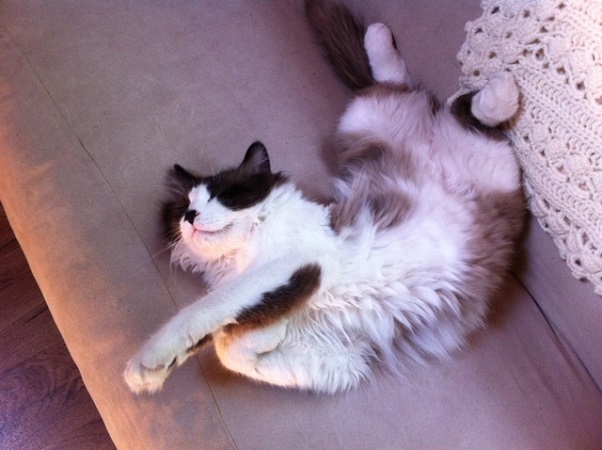 3. He burns calories all day long by constantly following me around the house

Zorro will (mostly) drop whatever he’s doing to follow me around. If I’m upstairs, he’s up. If I go outside, he wants to come.

(I am not letting him outside, however. I had a scare the other day when Zorro got out through the front door, and I think because he is so connected to me, I was able to quietly pick him up and take him inside.)

Zorro’s a big stocky boy, and he gets plenty to eat, but he’s not fat. He must be burning calories doing all that Velcro-ing.

4. He almost trips me by walking so close to my legs

We are still separating Zorro at night, since all the cats get rowdy then, and I don’t want any squabbling or someone getting hurt (Zorro is big and strong and sturdy). But being the sociable Ragdoll that he is, Zorro is not crazy about spending the night alone. He’s gotten used to the routine, but in the morning when I let him out, he walks very close to me for quite some time. I would trip over him if I wasn’t careful.

He used to do this even more often, and I’m guessing that it was probably partly insecurity at trying to find his way in a new household inside with a bunch of other cats. 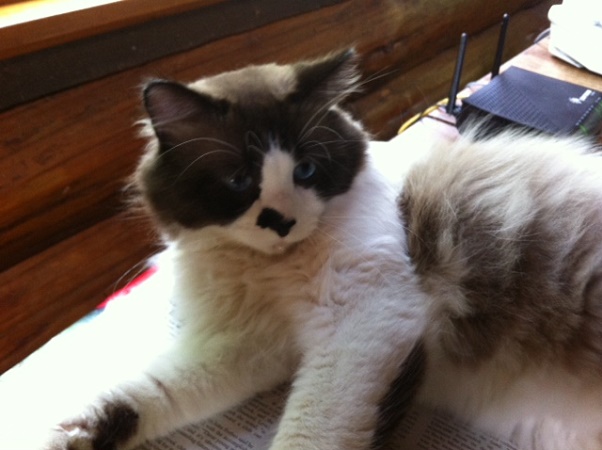 5. He sits in the window and cries if I am right outside

Woe to me if I sit on the porch and want to get work done! Zorro is often on the other side of the window, talking at me through the screen. I wonder if the Ragdoll is one of the most communicative of the cat breeds. Having never had a purebred cat before (that I’ve known about), I’m having lots of fun observing him. Eventually, he’ll settle down and let me work.

6. He’d rather be petted than eat

Most of my cats will gobble food when I put it in front of them. Zorro wants to be petted, first. This, too, is slowly starting to change, and I imagine that Zorro’s feeling more secure and doesn’t need the constant reassurance that he needed before. 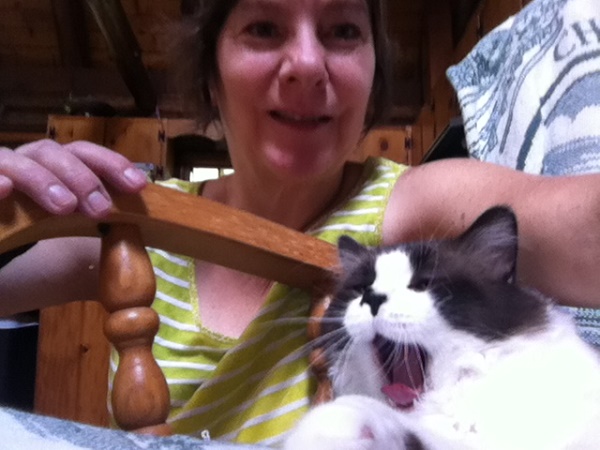 7. He’d smother me if I let him sleep with us

We’ve not tried him in the bedroom yet and probably won’t for a while until things are really sorted out among all the cats. But I have no doubt he’d be all over us in the bed. He has bonded pretty tightly with my husband, too. If we sit down, Zorro will not hesitate to bound into our laps. He loves his contact time.

Do you have a Velcro cat? What does your Velcro cat do to stick to you? Let us know in the comments.