Next on The Scoop: My 6 Favorite Cat Power Songs
Pet Parenting

The bathroom is now a feline lounge. My new catch-phrase might be "Cat Is My Co-Toilet."

I recently added a new litter box and rearranged all the boxes’ locations a bit. I moved one into the bathroom, a brand new spot. It seems logical to place a cat toilet there, but the room layout made it challenging to place it without blocking the toilet or shower entrance. Still, I transferred the litter box and made it work. So far, so good.

The other boxes are in more open areas, so I wondered how my two kitties would react to the new potty spot, and how often they’d use it. I watched for results. Here’s my report. 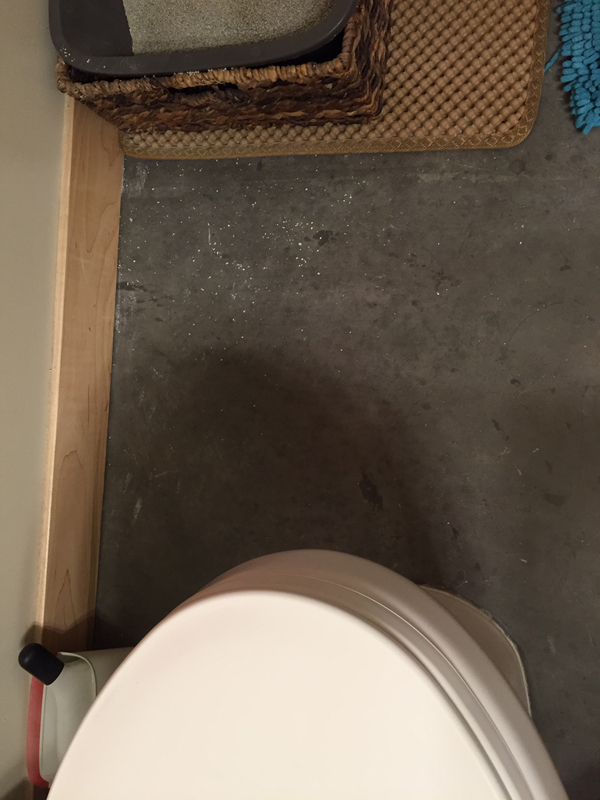 In all my years of living with cats, I’ve never had a litter box in a bathroom. It’s no secret that cats are expert litter-kickers. You know the term “digging to China?” Well, Phoebe could teach a master class on that very subject. My new bathroom reality includes regularly stepping on litter with my bare feet. My tootsies are especially vulnerable when I emerge from the shower. They’re wet and the litter sticks right to their bottoms. And then I slather my body with lotion and undoubtedly pick up litter pieces as my slick hands moisturize my feet. Then the lotion-and-litter mixture becomes an exfoliant. Who needs a loofah? Not me. 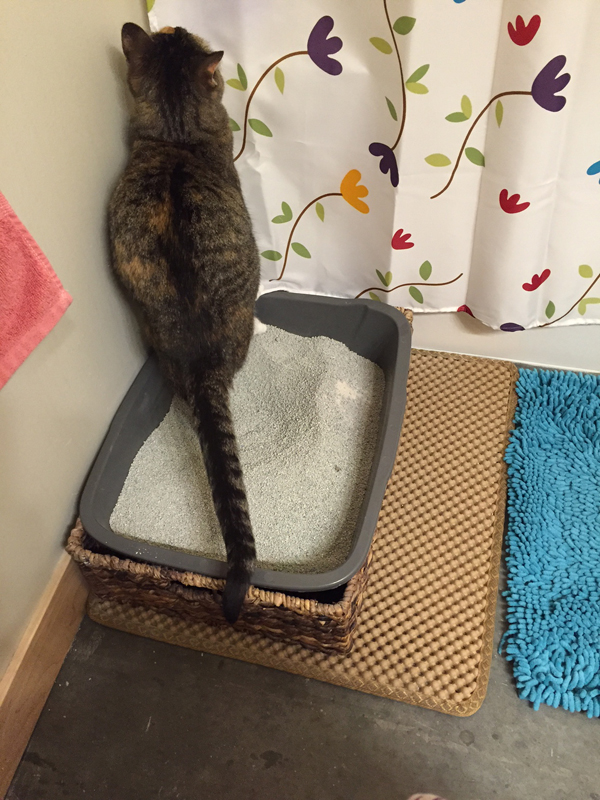 If we don’t look at one another, it means we have privacy, right?

Okay, this is the funniest new litter-box behavior. I’ve discovered my cats, in general, don’t use the box in the bathroom as often as they use the others. Yet they do use it like clockwork during one specific time of day: my morning bathroom visit. I consider myself to be a “regular” person when it comes to visiting the toilet. I “go” in the morning, shortly after I climb out of bed. Before the new box arrived, the cats would (of course) follow me into the bathroom and watch me do what I do. Now, one of them will climb into the litter box and relieve him or herself while I’m sitting on the toilet.

Here’s the interesting part: They don’t both co-toilet with me on the same morning. One day Phoebe will hop in the box and another day Cosmo will do the honors. There doesn’t appear to be a logical schedule — or at least one they’re sharing with me. It seems like one of them calls “dibs” and away they go. I laugh every time this happens. 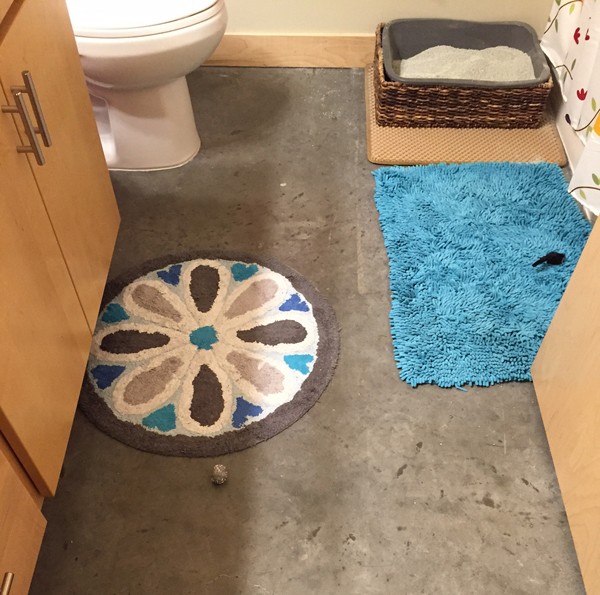 A room littered with toys.

Because the litter box is my cats’ “property,” I find they spend more time in the areas where the boxes are located. That now includes the bathroom. I smile every time I walk into the loo and find a cat toy or two hanging out on the floor. I picture them batting a ball all the way to the bathroom, taking a potty break, and then forgetting about their toy. 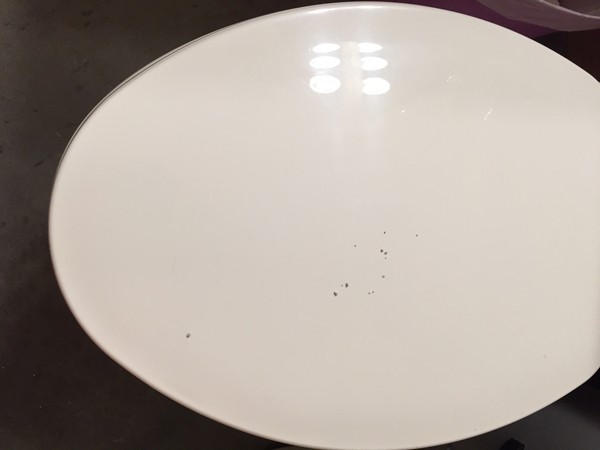 The litter box is directly across from the human toilet. At least once every couple of days I find bits of litter on the toilet seat cover. I know it’s Phoebe’s “calling card” because it was never there before she moved in with Cosmo and me, and she’s a known leaper. My theory: She jumps directly from the litter box onto the toilet and then hangs out there for a while, probably cleaning herself. She could easily step right out of the box, but leaping is way more fun. 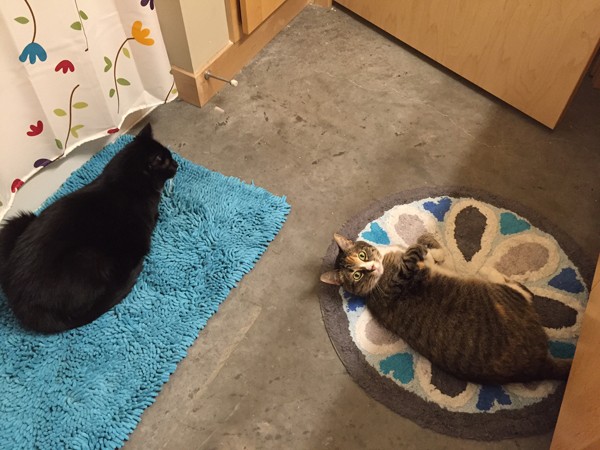 Sure, cats enjoy some quality time in the bathroom, especially if we’re in the same space. That’s Cat Behavior 101. I have, however, noticed that because there’s a litter box in the powder room, they sometimes hang out there without my company — even in the dark. It’s like the sudden appearance of the box made the room their own private lounge. There are two of them and two rugs — I should probably impose a two-drink minimum.

Does your cat have a litter box in your bathroom? What’s your experience?