Next on The Scoop: Maine Coon
Health And Care 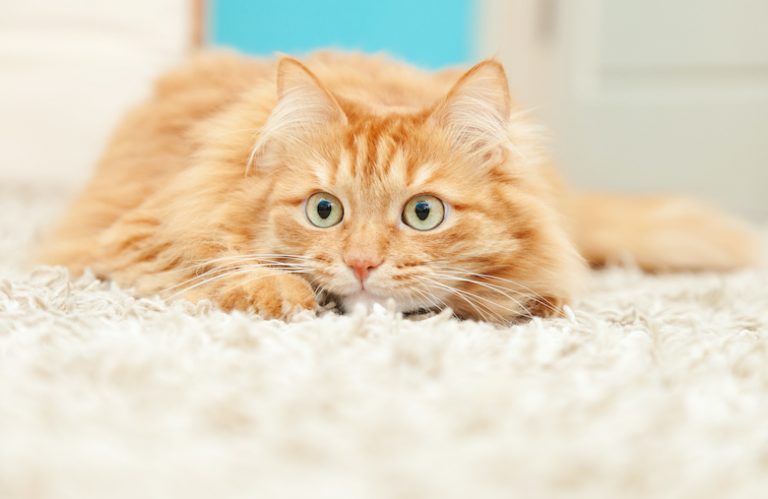 Get inside your cat’s head

When cats are hiders, we often chalk it up to them being “stereotypical, antisocial felines.” But the truth is they might be feeling anxious. They don’t have to feel this way, and letting it go on can actually be dangerous.

“Cats in a chronic state of anxiety can get sick, so this is correlated with urinary disease, with GI disease, even with skin disease and dental disease,” says Dr. Liz Bales, VMD.

“What a lot of people don’t know is that cats have not been domesticated,” Dr. Bales says. “Cats co-evolved with people because they were great hunters that kept our food safe … What we really have is an animal living in captivity.”

Outside, your sofa lion would eat and live the way it was designed to. But this doesn’t mean you have to feel pet parent-guilt or start letting your cat outdoors. You just need to get inside your kitty’s head.

Related: Indoor Cats vs. Outdoor Cats — Should You Ever Let a Cat Outside?

“The No.1 way to start dealing with your cat’s anxiety is to understand the way your cat sees the world and make sure they feel safe and have their minimum needs met,” Dr. Bales says.

Dr. Bales breaks down reasons cats feel anxious and how to help them feel more at ease.

Humans often eat three meals and maybe a snack or two per day. Dogs typically eat twice per day. We often try to put cats on a similar schedule. The problem is that this goes against their instincts.

“Mother Nature put the drive into every cat to hunt, catch, play with and then eat eight to 12 mice every single day,” says Dr. Bales. “They don’t sit at a bowl and have one big meal. They are out hunting all the time [in the wild].”

Minimally, Bales suggests putting small portions of food around the house, so the cat has to seek it out. But it’s better if you can go a step further.

Mealtime is an interactive process. If your cat wakes you up at 5 a.m. and their bowl is full, they’re still asking you to feed them. Dr. Bales says they need to hunt-catch-play and then eat, so waking you up and making you feed them is part of the game.

Bales invented an indoor hunting feeder to simulate this for your cat (and hopefully let you catch some extra zzz’s).

Cats aren’t just predators — they’re prey, and they need places to feel they can make a great escape.

“Imagine I put you in a room right now,” Dr. Bales says. “Now imagine that same room, but I took the doors and windows away, how do you feel? You feel scared. Imagine again that no one is coming to help you. The way you keep yourself safe is by wedging yourself into small spaces…or climbing up high.”

You can give your cat these spaces by filling your house with cat trees and boxes. When your cat is in these spaces, let them be.

“The cat needs to know its place where it spends time is sacred and that they are also safe from you,” Dr. Bales says. “If you want to be with them, instead of grabbing them and bringing them to you, lure them out [with a toy or treat], so it’s their choice. The more they know they have control and choice, the happier they are.”

Litter boxes are one of the less-than-fun parts of having a cat. They can smell, they’re not that pretty and cleaning them isn’t glamorous. But hiding them in a discreet location and “forgetting” to clean them every day can be anxiety-provoking.

If your cat has arthritis and the litter box is in the basement, they may not be able to get to it and go potty on your floor. They know they’re not supposed to and that it will make you mad, but they can’t get to their box. Having multiple cats using the same box is also an issue because they may not like each other.

“Even if you don’t realize it, there’s a lot of subtle things that humans don’t pick up,” Bales says. “You want to have enough litter boxes. You want to clean them every day. They should be big enough for them to be able to move around and turn around.”

Sometimes, we think our cats could use a friend and get another one, but that can be misguided logic.

In the wild, cats of the same litter get along. Female cats often have kittens at the same time and will nurse each other’s litters. Those kittens may get along too because they had similar life experiences and smell like each other. But other than that, it’s risky. They often see the other cat as a threat who may eat their food or take their hiding space.

“Bringing a new cat into your house is not natural,” Dr. Bales says. “It’s counter to the way their instincts process the world.”

If you do introduce another cat, be sure to keep them separate at first and have enough food, places to hide and litter boxes to go around.

Keep up with vet appointments

Cats are wired to hide pain.

“Because cats are solitary survivors, if they show pain in nature, someone is going to kill them,” Dr. Bales says. “Painful mouths and joints really impact quality of life and make your cat anxious.”

Be sure to take your cat for regular check-ups, even if they look fine.

Posted in Health And Care,

One comment on “How to Help Your Anxious Cat”