Next on The Scoop: New Scientific Evidence Adds to the Debate About Cat Declawing
Catster Tips 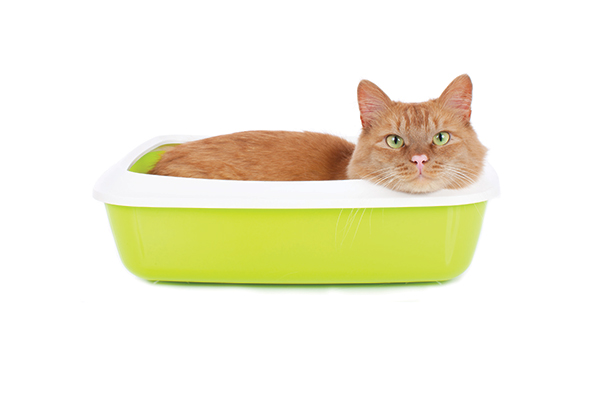 Sometimes, getting your cat to even use his litter box is a challenge. So, how do you get him to actually like doing it? See our seven tips.

My Maine Coon, Abby, loved her litter box. One of the craziest things she used to do was roll around in the freshly changed litter boxes immediately after I finished cleaning and refilling them. She had a blast claiming the virgin litter as her own personal sandbox to play in.

I have since met one other cat in my practice who does the same thing. I don’t know that every cat will love his litter box quite that much, but here are some ways to ensure he loves it enough to use it regularly. 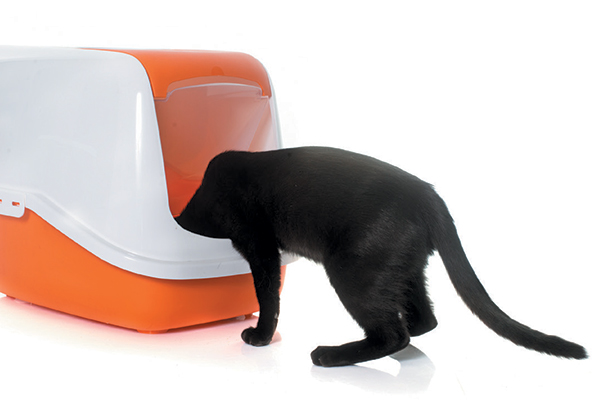 Does your cat love his litter box? Photography by CYNOCLUB / THINKSTOCK.

1. Have the right number of cat litter boxes

Offer your cats enough litter boxes. While most experts agree that you should have one more box than the number of cats who share them, this isn’t always practical. If you have one box for every two cats, that should be sufficient, provided they are scooped often (at least twice a day). Bear in mind that two boxes in the same area count as “one” litter box to a cat. Set up a few different litter box areas in your home to encourage their use.

2. Think about the location of your litter boxes

Place litter boxes in easily accessible, low-traffic areas in your home. If you put the box in an area that’s constantly occupied, a cat may not want to use it. Likewise, if a cat has to walk past Rover’s sleeping spot to get to the box, she’s likely to choose another place to “go.” And, older cats might not be able to climb up and down the stairs like they used to, so provide at least one box on each level of your home.

3. Don’t place your litter box near your cat’s food

In nature, cats keep their elimination area as far away from their nests as possible; this keeps predators away from their living space. Since cats won’t eat where they eliminate, a cat litter box that’s close to the food bowl probably won’t get used. I once showed up to take care of two kitties and discovered that their food bowl was positioned at the foot of the litter box. You can imagine the state the food was in. I recommended to the client that the food be moved to a different room, and their litter box behavioral issues cleared up immediately.

4. Make sure your cat fits comfortably in his litter box

Your cat litter box must be large enough to accommodate your kitty’s entire body. If her hind end sticks out when she’s inside, she either won’t use it, or her aim will be directed toward your floor. Likewise for smaller cats and kittens: Use a box that’s small and easy for them to enter and exit, changing the box size as the kittens grow. When I first adopted 3-week-old Smoochie, we had to use a tiny cardboard box as her litter box until she was big enough to use the big cats’ boxes. As for senior cats, they need to be able to easily climb in and out.

5. Consider litter boxes with and without lids

Which type does your cat prefer? Although you might like that a lid helps contain spillage and odor, your cat may prefer the wide-open spaces of a non-lidded box for easy entry and quick exits. Others might want the privacy that a lid provides, especially if there are some kitty bullies in your household who like to pick on the others when they’re using the box. Offer both types to see which one your cat likes best. I have to offer both types in my household, and you may need to do that, too.

6. Choose a cat litter that’s easy on the toes

If your cat doesn’t like how the litter feels on her paws, she won’t use it. Some types of litter are hard on tender paws (especially for declawed cats). Fine textured sandlike pieces are easier on paws than large, chunky pieces with sharp edges. You might have to change brands or types a few times until you find the one your cat prefers. I made the mistake of changing the type of litter I was using, and my cats immediately let me know that they had no intention of using this strange new substance. I went back to what they like, and I have no plans to try anything else ever again.

Scooping your litter boxes often will encourage your cat to use them, as will sanitizing them regularly. I scoop my boxes at least twice a day, sometimes more often if I’m working from home on a given day. At least once a month, empty the boxes and wash them with hot water and an enzyme-killing product, such as Nature’s Miracle or Zero Odor. Once the boxes are completely dry, refill them with fresh, clean litter. Also inspect your litter boxes for cracks and deep scratches that can hold in the odor, and replace them as needed. Some boxes hold up longer, but it’s usually a good idea to replace them yearly. As a result, your house will smell fresh and clean, too.

Read more about getting your cat to like his litter box on Catster.com:

Rita Reimers’ Cat Behavior Coaching has helped many cat owners better under- stand their feline friends. Visit RitaReimers.com to read her cat behavior blog or to book a cat behavior coaching session. Rita is also the CEO/owner of JustForCatsPetsitting.com. Connect with her on Facebook and on Twitter at @theCatAnalyst.