What Happened When Gene the Kitten Swallowed a Needle

He’s tiny and unassuming, still small enough to fit in both of your hands without an issue. But Gene — named after Gene Simmons of the band KISS (mostly because his owner thought that Peter Criss wasn’t quite cool enough) — is full of some BIG spirit.

When Gene was born on April 7 of this year, he was the runt of the litter. Not sure he would make it, his owner Terri Jean gave him some special love and attention. And it would pay off indefinitely — the attention he was given may have saved his life.

The week of June 8, Gene started acting unlike his happy, normal, kittenish self. At just one month old, he was lethargic, miserable, not gaining weight and had developed a lump that Terri Jean thought was a swollen lymph node.

So like any responsible pet owner, she whisked him to the vet on June 11, where the vet’s staff members gave Gene a three-week antibiotic shot and told Terri that it was an abscess, possibly from the same bacteria that causes cat scratch fever. He may have gotten into a tussle with his litter mates and gotten a bite or scratch that led to the injury.

But Gene’s troubles were far from over. On June 14, Terri contacted me to ask what she should do; one of the many perks of being a vet tech is being able to dispense advice to concerned friends and family members with pets.

Gene’s fever had worsened and he was having seizures. Eight seizures in an hour, in fact, and he was unconscious between them. I advised Terri to make him as comfortable as possible and to make sure he was eating and drinking. Terri took the advice to heart and carried him around in a makeshift sling to ensure his comfort until the worst of his illness passed. Terri said that if her husband had been home, she would have had him take Gene to be put down that very night.

But the worst was yet to come — a couple of more trips to the vet, but nobody could figure out why, even after draining, even after antibiotics, his abscesses kept coming back. It was starting to look grim for little Gene, who was turning out to be a medical mystery.

Many trips to the vet later, and it was finally decided that they would check and see what was going on internally. And what they found was enough to make any pet owner pale in fear.

Lodged behind Gene’s esophagus and trachea was a needle and thread. It had been there for more than a month at that point, preventing him from eating properly and causing the swelling, seizures, infection and abscesses. As Dr. Eric Barchas points out in a recent post, it’s more common than one might think. Gene had swallowed it at some point before getting sick, but instead of passing through his digestive tract (or getting stuck and causing him to die of a ruptured bowel or worse), it stayed put and allowed him to keep going.

Now, in August of 2014, Gene is doing just fine. He’s playing and acting like a kitten should. He’s still smaller than most other kittens his age, but that’s no big thing for a cat who’s been through such an ordeal. He plays with the dogs in the house, plays with his foster mama Molly and even gets up to trouble with the family’s pet rats.

Gene’s story is not all that uncommon — curious kittens swallow what they find. Non-food items that look like toys, such as needles and thread, can cause life-threatening issues, as seen in Gene’s story. Gene’s owner did everything right, especially with regard to keeping in close contact with her veterinary team.

If there’s one thing to be learned from Gene’s story, it’s that you need to know basic kitten care. Learn a little bit about the symptoms and signs of illnesses in kittens and, most importantly, don’t be afraid to call your vet when something seems off.

Another important lesson to be learned from Gene’s harrowing ordeal is to kitten-proof your home. What you think might be a safe environment can have hidden hazards. Get down on your hands and knees and look around for anything that could be swallowed or cause injury. Do this every so often, as new hazards can pop up or be tracked in on shoes. Plus, while you’re down there, you can get a cat’s eye view of the world!

About Caitlin Seida: Owned by three cats and two dogs, she never met an animal she didn’t like. A Jill-of-All-Trades, she splits her workday as a writer, humane society advocate and on-call vet tech. What little free time she has goes into pinup modeling, advocating for self-acceptance, knitting and trying to maintain her haunted house (really!). 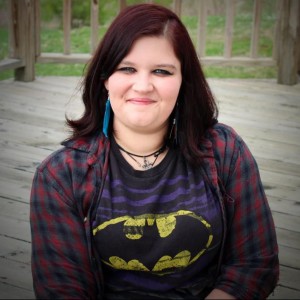