Next on The Scoop: What We’re Talking About: Facts on Feline Dental Health
Ask a Vet

Why Dental Disease Is the Most Common Problem Cats Face

I didn’t know the answer. Times were so good back then that I was offered the job anyway.

After about three days working in actual veterinary practice the answer was glaringly obvious. Dental disease is the most common disease affecting cats (as well as dogs). It affects more than half of the animals I see. Dental disease occurs, simply, because animals don’t brush their teeth. Food particles and bacteria adhere to the teeth; the bacteria feast on the food particles, and create waste products called plaque and tartar. The bacteria then spread under the gums: this is the moment that dental disease begins. As the disease progresses it leads to red, swollen gums. Teeth might become loose and fall out. Bad breath occurs. The condition is painful, and it might predispose cats to complications including heart disease and cancer. 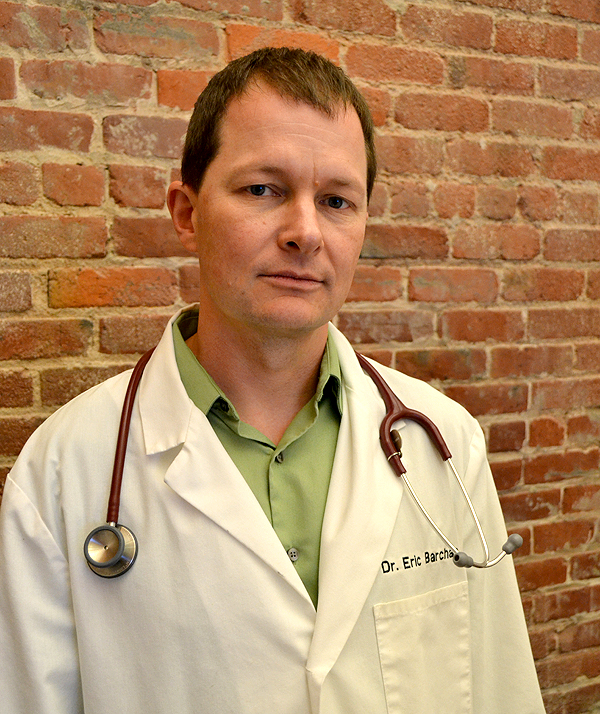 Dental disease is preventable (with tooth brushing, but it’s up to the owner to do it) and treatable (with professional periodontal procedures).

Although dental disease is common to the point of ubiquity, some unfortunate cats suffer from an oral problem that is much worse: Stomatitis. Stomatitis is medical jargon for inflammation of the mouth. It is relatively common, and it can be utterly devastating for the unfortunate cats that it affects.

Stomatitis appears to be caused by the body’s rejection of the teeth and their roots. Most cases appear to be related to an extreme response to the bacteria that are present on teeth (and some bacteria will be present even if the teeth are regularly brushed). As a consequence, the disease occurs in part because of infection and in part because of immune system overactivity. The result is marked swelling and pain in the gums and occasionally the tongue and other surfaces in the mouth. Profound halitosis might occur. Emaciation can occur when eating becomes unbearably painful.

Because bacteria are involved in the development of stomatitis, antibiotics sometimes help. However, their effect is usually minimal and temporary because it is impossible to remove all bacteria from the teeth and their roots. Because the immune system is involved, drugs that modulate it often are prescribed. They might help as well, but they most often are not sufficient to control the syndrome. Because the condition is painful, pain killers often are prescribed, but they do not treat the underlying problem. 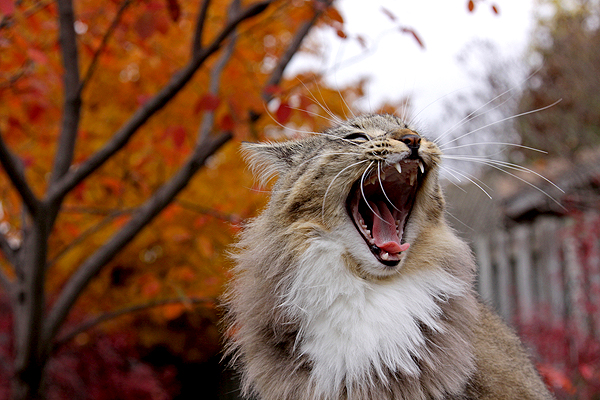 Sadly, removal of multiple teeth, or even all teeth, is by far the most effective treatment. This so-called full mouth extraction cures most cats with stomatitis.

But, unfortunately, it does not cure them all. Consider a question I received recently from a reader named Jennifer:

I’ve had my cats teeth removed after numerous visits to the vet and a number of antibiotics. The result was stomatitis, and it was recommended that his teeth be removed. The vet was unable to perform a full mouth extraction in one visit and therefore my cat was subject to two surgeries. It has been four months since the extraction, and initially my cat was doing better. However, his gums have become inflamed and he has trouble eating, yawning, and grooming. There is no odor from his mouth and therefore my vet has concluded there is no infection and that the only thing to do is to administer pain medication to manage his pain. The pain medication results in him being ‘drugged’ or impaired. Any advice or literature would be much appreciated. Thank you.

I wish I could say that Jennifer’s experience is uncommon. Sadly, I would estimate that 15 percent of cats who have undergone full mouth extractions still suffer from significant symptoms of stomatitis. Can anything be done for them?

Perhaps. First, a leading cause of ongoing problems after full mouth extraction is residual tooth root fragments that were not extracted during the initial procedure(s). I recommend you follow up with a facility that has the capacity to take oral X-rays: If offending fragments are found, and they can be removed, then your cat might enjoy significant improvement. While your cat is under anesthesia for X-rays, I’d recommend a biopsy of affected tissue to confirm the diagnosis. 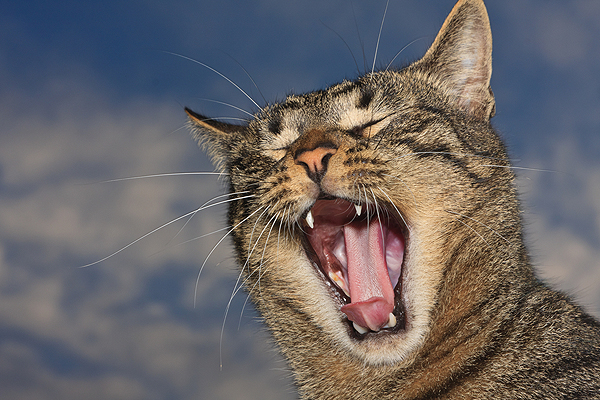 If this approach is not successful, all hope is not lost. Antibiotics and drugs that modify the function of the immune system are not usually successful on their own for the treatment of stomatitis. However, medications often do make a significant difference after a full mouth extraction. Although no odor of infection is notable, bacteria under the gums could still be playing a role in the problem. Another several rounds of antibiotics (or “pulsed” courses of antibiotics at intervals might help.

Also, be aware that a medication called cyclosporine is often helpful in cases such as yours. This medication attenuates the activity of the immune system and in my experience it has a significant chance of improving your cat’s quality of life.

Other things to consider are hypoallergenic diets (which, when combined with flea control, might reduce total “allergenic load” and therefore reduce the activity of the immune system) and treatment with carbon dioxide lasers.

Many of these treatments are best performed by a specialist in veterinary dentistry. I recommend that the owner of any cat with refractory stomatitis consult with one.

Don’t know how you’ll afford dental care for your cats? Check out this helpful post on Paws and Effect >>