Next on The Scoop: 6 High School Clubs My Cats Would Join
Ask a Behaviorist

Before assuming your cat's issues are behavioral, rule out medical causes that might be the culprit.

A couple of weeks ago, Ellie, a former client of mine, contacted me. She was understandably upset because her cat, Meat Ball, had attacked and severely bitten her. In Ellie’s words, "The attack seemed to come out of nowhere." No longer feeling safe around the cat, she had confined him to one room and was hardly spending any time with him. Ellie told me that the aggression had started a few weeks earlier when he cornered and attacked her other cat. His disturbing behavior escalated until he turned his aggression onto her. She felt out of control and did not know what would be best for both her and Meat Ball.

Behaviors do not happen in a vacuum — there is always a reason for them. Before approaching this as a behavior problem, Meat Ball needed a thorough examination by his veterinarian. Behavior challenges can be caused by medical problems. Sometimes a change in behavior is the only indication that there is a health issue that needs immediate attention. Ellie took the advice and she scheduled an appointment with the vet. It turned out that her cat was in pain from a serious toothache and had to have two teeth extracted. After the extractions, Meat Ball quickly recovered and became the sweet, mellow cat my client cherished.

Meat Ball is lucky to have Ellie as his cat parent. Unfortunately, many people will surrender their cats to shelters or have them euthanized when they engage in unwanted and disturbing behaviors. Many of these behaviors, as in Meat Ball’s case, are caused by painful medical problems. Since cats do not possess the language skills to tell their people that it hurts when they go to the bathroom or that they have a painful toothache, they communicate the only way available to them — through their behaviors.

Changes in behavior, even subtle ones, need to be taken seriously. Since behavioral changes can indicate serious and possible life-threatening health issues, cats should be thoroughly examined by a veterinarian. The problem should be approached as a behavior challenge only after the cat is given a clean bill of health by the vet.

Watch for changes in your cat’s behavior and the development of new ones. Some of these changes happen overnight, others evolve over time. Cats can be subtle. It can be difficult to recognize when they feel under the weather. Changes in behavior can be as subtle as choosing another place to sleep or as blatant as variations in litter box habits. A short list of other behaviors that can be warning signals of health problems include variations in sleep patterns, an increase in vocalizations, repetitive behaviors such as over-grooming and fur pulling, unexplained aggression and apathy. 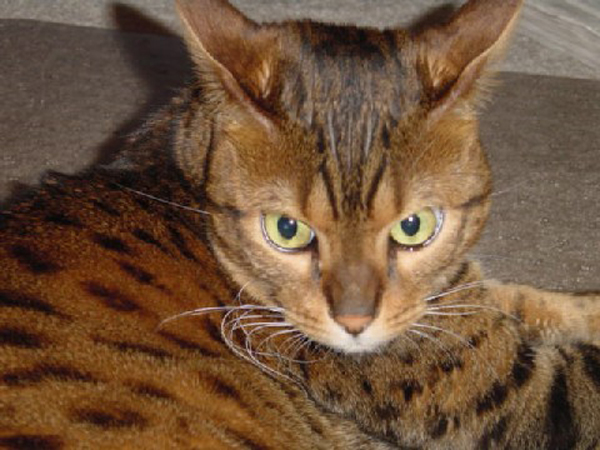 Watch for behaviors that become more intense and frequent. Cats who start vocalizing loudly at night may have figured out how to solicit attention from their cat parents or they may have medical problems. Also, it is common for elderly cats suffering with dementia to howl and vocalize. Cats who over-groom, licking themselves obsessively and pulling their fur out, may have allergies or obsessive compulsive disorders. Often over-grooming and other OCD behaviors have a behavioral component, which needs to be addressed along with the medical issues. In addition, frequent trips to the litter box usually indicates a veterinarian needs to be seen immediately.

Pay attention when cats who are normally outgoing and friendly start hiding from their favorite people or hanging out in hard to reach areas. Some cats withdraw when they do not feel good. Other cats, who are usually standoffish and shy, might morph into little attention-seekers when they feel under the weather. Personality changes of any kind can indicate health issues. 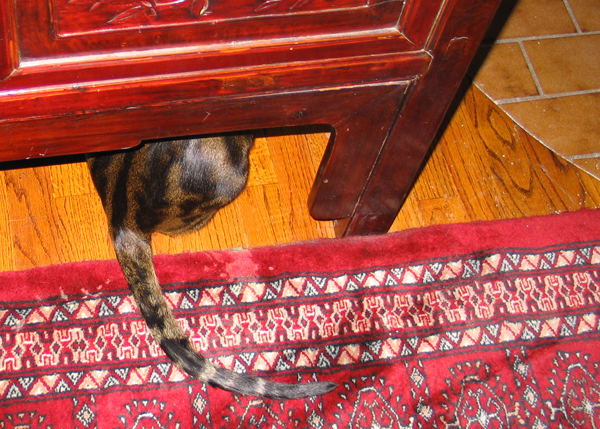 Be on the alert for changes in activity levels. Kitties who are normally active little play machines who unexplainably act lethargic or lose interest in playing might not feel well. They do not have the language skills to tell you that they have hurt themselves or have tummy aches. 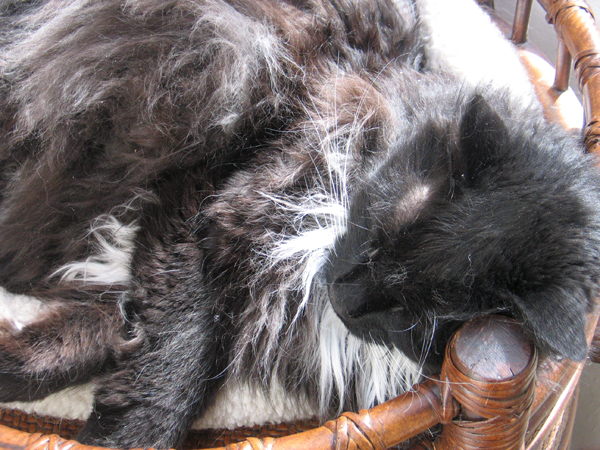 Know your cat! When your kitty starts behaving differently and exhibiting behavior challenges, play detective and determine the cause. Although these issues can be caused by stress and other factors, they may be indicative of medical conditions and diseases. Before a successful plan can be developed, solicit help from a veterinarian to help you identify the reasons for the behavior.

About the Author: Marilyn, a certified cat behavior consultant, owner of The Cat Coach, LLC is also an award winning author. Her book Naughty No More! focuses on solving cat behavior issues through force free methods that include clicker training, environmental changes and other behavior modification techniques. Marilyn is big on educationÔÇöshe feels it is important for cat parents to know the reasons behind their cat’s behaviors. She is a frequent guest on television and radio, answering cat behavior questions and helping people understand their cats.