Next on The Scoop: Pix We Love: Coco Puff the Snaggletooth Kitty Gurl
Breed Profiles

Get to Know the Balinese: A Siamese in a Glamorous Coat

This happy accident is the ideal breed for lovers of Siamese temperament and the long-haired look.

I met my first Balinese several years ago at a cat show. She looked like a runway model — long, lean, and perfectly elegant and poised as she sat in her cage waiting for her turn in the show ring. Here’s the scoop on this beautiful breed.

Long-haired kittens appear from time to time in litters of Siamese cats, and they always have, but It wasn’t until the 1950s that people began attempting to breed them. We can credit Siamese breeders Marion Dorsey and Helen Smith for the breed’s development; they each had a litter with long-haired kittens and fell in love with them.

Breeder Sylvia Holland continued working to establish a Balinese breed standard in the 1960s and 1970s. Her work paid off when the Balinese was given championship in the International Cat Association in 1979; the Cat Fanciers’ Association and many other registries also recognize the breed. 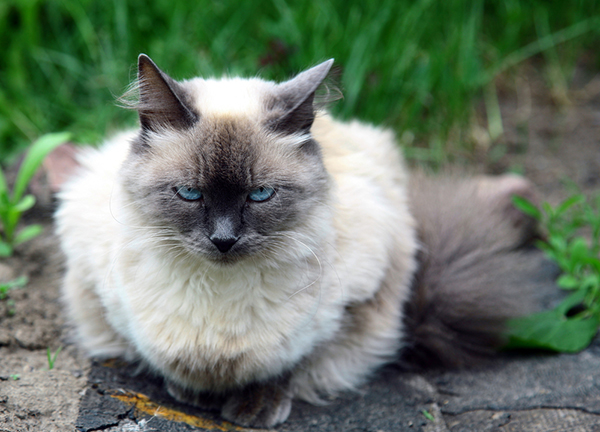 A traditional Balinese, like a traditional Siamese, has fine bones but is a bit bigger and has a rounder head. Photo: Shutterstock

As with the Siamese, there are two types of Balinese: the “traditional” with fine bones and oval paws but a more rounded head, and the “modern” type, who has all the extreme features of the modern Siamese. Like the Siamese, the Balinese has blue eyes. The only real difference between the two breeds is the length of the coat.

Balinese come in a huge array of color points, from the more traditional seal, chocolate, and blue, through flame point, lynx point, and tortie point.

Male Balinese cats weigh between eight and 12 pounds, and females are slightly smaller. 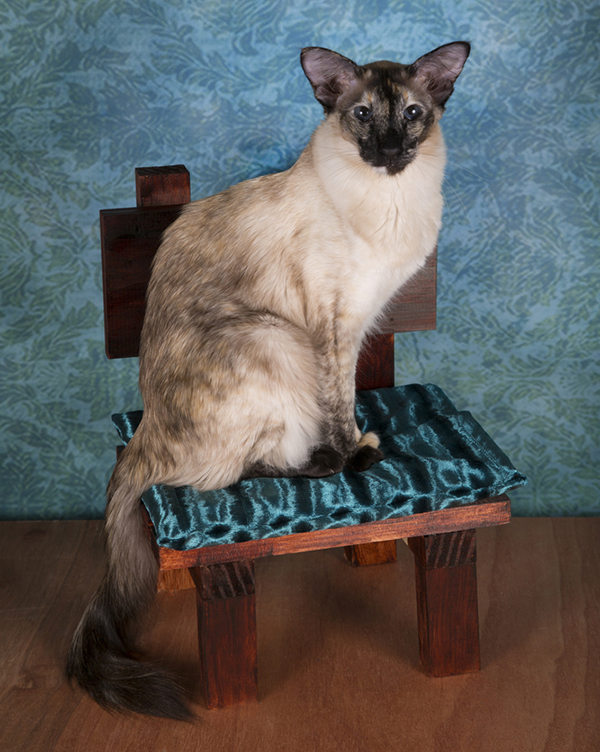 The modern Balinese, like the modern Siamese, has a wedge-shaped head, very large ears, and an extra-lean body. Photo: Shutterstock

Balinese share their Siamese kin’s tendency to live long lives. Some have been reported to live as long as 20 years, so you’re looking at a very long-term commitment when you bring a Balinese into your life.

One particular health concern in the Balinese (as well as the Siamese and other related breeds) is lysosomal storage disease, an enzyme deficiency which causes swelling of the tissues. In cats, this disease usually affects the brain, causing symptoms ranging from blindness to balance problems to inconsistent behavior to seizures. 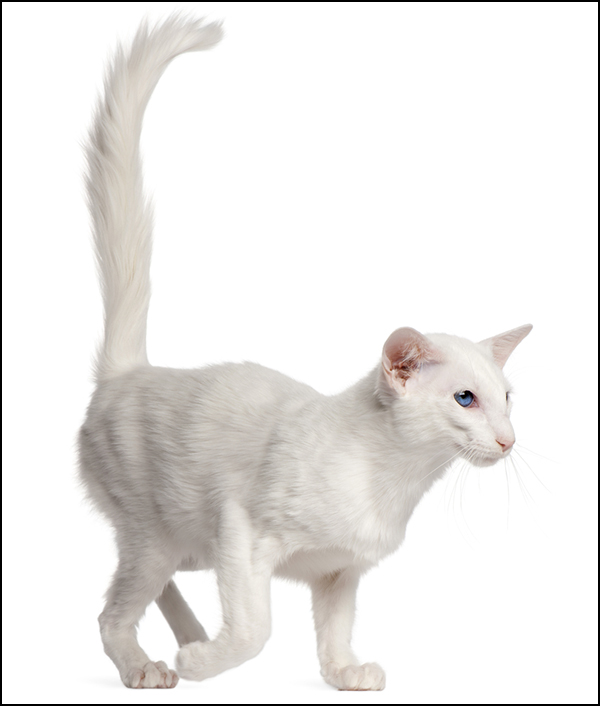 Your Balinese is a super-outgoing cat who loves to share every minute with you. She’ll be there to “help” you with tasks ranging from folding the laundry to checking your email, and she’ll be happy to entertain you with her clownish antics. Although she’s a chatty Cathy like her Siamese cousins, her voice is softer and a bit sweeter. Balinese are known to enjoy playing fetch and walking on a leash, and they get along well with children and other pets.

Balinese cats don’t do well if they have to spend a lot of time alone. Make sure your Balinese has another kitty friend, or at the very least a friendly dog, for when you’re away from home.

Unlike most long-haired cats, keeping your Balinese mat-free and beautiful is a snap. Her single coat means that one brushing a week should keep the mats away. 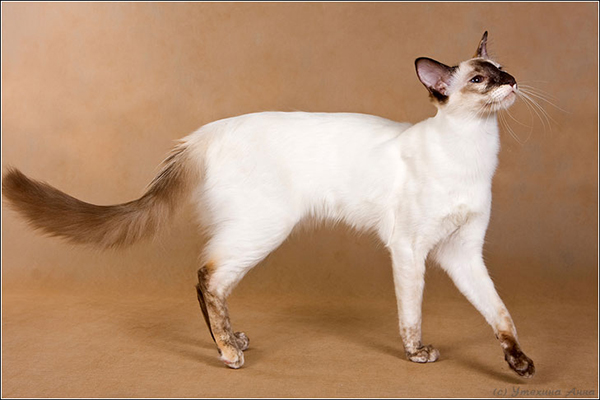 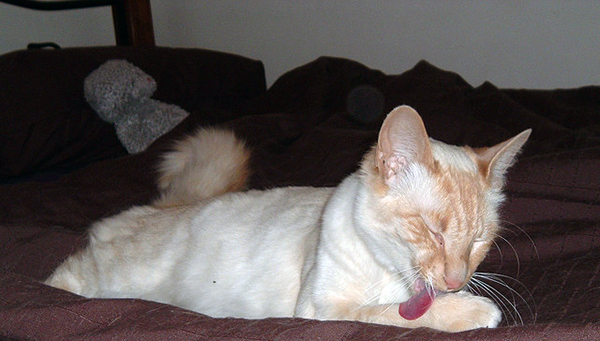 Do you have a Balinese in your home? What’s it like to live with her? Please share your thoughts and photos of your Balinese in the comments.