Next on The Scoop: Our 5 Fave DIY Fashion Projects for Out-and-Proud Cat Ladies
Ask a Behaviorist

5 Reasons Not to Punish Your Cat

Punishment doesn't teach the cat what to do, and it can have bad side effects.

Recently I helped Anne, a cat behavior client, change her cat Suki’s feelings about her litter box. Suki’s issues started gradually — first she urinated outside her box every couple of weeks, then the problem gradually escalated until Suki eliminated everywhere in the house but the litter box. It got to the point that Suki refused to venture into the room that housed the box. 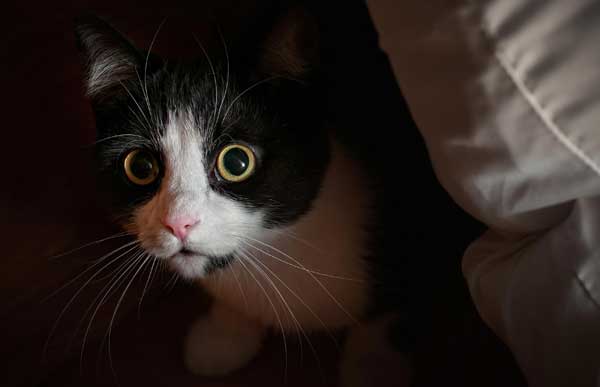 I asked Anne to break down Suki’s behavior from the beginning. When Suki started urinating outside her litter box, Anne tried new litters and different boxes, and she increased cleanings, but with no success. Despite Anne’s efforts, Suki continued to urinate outside the litter box every couple of weeks.

Anne became frustrated, resorting to “aversives” and punishment to stop the behavior. Anne yelled at Suki. When that did not work, she squirted her cat with water and swatted her on the butt. The behavior increased until Suki stopped using her litter box and avoided the room. Although Anne’s behavior did not solve the problem, it did have other repercussions. Anne sadly noticed that Suki, a normally affectionate cat, shied away from her. She stopped sitting on Anne’s lap and soliciting her for cuddles and strokes. 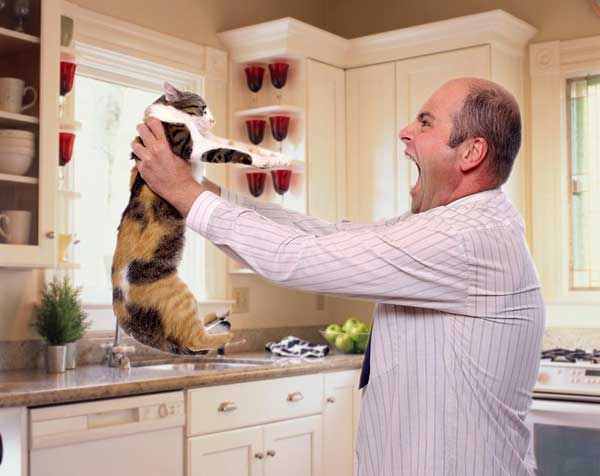 Punishment and aversives might seem like the best way to solve behavior problems, especially in moments of frustration when nothing seems to work. Although force and punishment can suppress or decrease behaviors, it doesn’t teach the cat what to do. In addition, there is fallout that can make these types of methods poor choices for behavior change.

Dr. Susan Friedman, a highly respected behavior analyst who teaches behavior basics to animal behaviorists, says in her class, “The problem with punishment is that it doesn’t teach the learner what to do, and the side effects that can be experienced by the individual being punished are detrimental.”

Here are some of those side effects:

There is always reason for behavior. Cats are not bad, nor are they mad at their people when they do unpleasant activities. What people perceive as bad behavior is often a stressful response by your cat to something in his environment. It is natural for stressed cats to engage in instinctual behaviors. Often, these behaviors are unpleasant to live with. 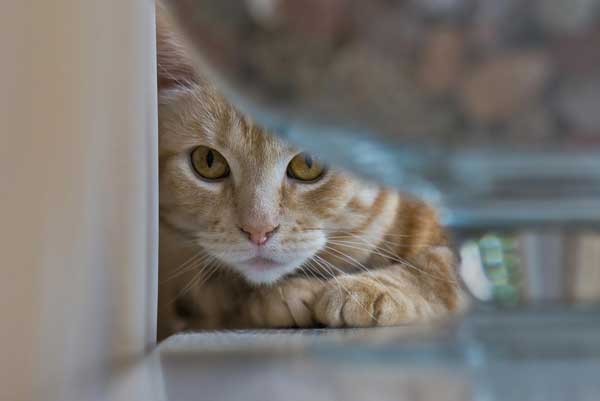 Punishment will also increase anxieties and cause cats to feel insecure. Like all animals, cats need to feel secure in their world. It is challenging to feel safe and happy while periodically being punished or yelled at.

Punishing your cat can escalate the original behavior and the development of new ones. Because these forceful methods are stressful, the situation often deteriorates.

Suki’s response to Anne’s attempts to stop her unwanted behavior illustrates this. Initially, the cat urinated outside her litter box every couple of weeks. As Anne’s frustration increased, so did the punishment. First Anne yelled at Suki. When that did not work, she squirted Suki with water, and then finally swatted her. As the punishment escalated, Suki became more anxious and fearful and shunned her litter box entirely. She also developed a new, heart-breaking behavior — avoiding Anne, who adores her. 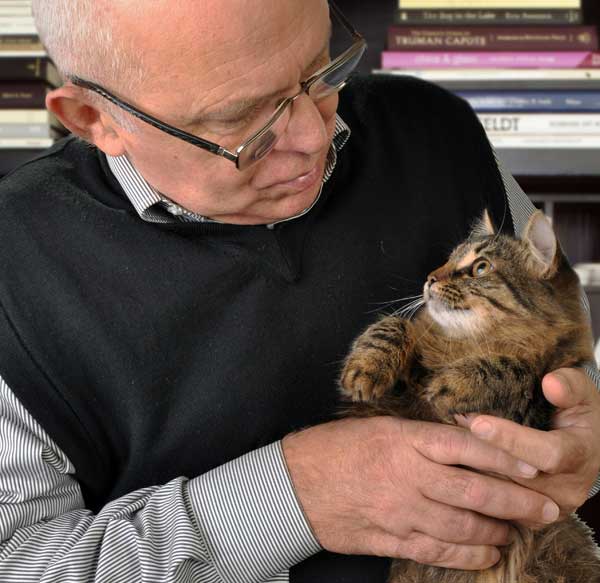 Cats have a different perspective on their behaviors than people do. They do not perceive their own activities as “bad” or destructive. That’s a people thing. When you punish your cat for behaviors you find unpleasant, your cat will associate the punishment with whoever is delivering the message — not with his own behavior. Often this leads to him shying away from you. The people the kitties originally loved and trusted are now perceived as scary and hurtful. Case in point: Suki and Anne.

Often, cats will refuse to go near the spots where they were punished. For instance, if litter boxes are located near where they were reprimanded, cats may avoid using them. Some, like Suki, become so fearful and anxious, they steer clear of the litter box and the room where the box is located.

One frightening side effect that is overlooked is the reinforcing effect punishment has on the punisher. Regardless of the fallout, you’ll learn that punishment can immediately stop or decrease a behavior — and so you may be more likely to use such forceful methods again.

As in Anne’s situation, when punishment doesn’t stop the problem, the person, feeling frustrated, will escalate their actions, attempting to change the behavior.

Another insidious side effect is how it makes the punisher feel. Yelling and punishing helps release feelings of frustration when an unpleasant situation seems un-resolvable. It can feel good to yell.

As you can see, although punishment might seem like the solution in the moment, its side effects can be harmful. You can learn to change behaviors and teach new ones with force-free methods that may take a little longer, but the results are worth the effort. They also build bonds between you and your cat — and everyone is happier.

Do you regret having used punishment to change behavior? What was your experience like? Let us know in the comments.