Next on The Scoop: Help, My Cat Can’t Poop!
Humor

5 Socially Awkward Behaviors I Learned From My Cats

After you read about my weird feline attributes, you'll SO want to date me!

I was a shy kid, so I’ve always been socially awkward. I’ve also always had cats. While relatively innocuous on their own, these two facts become problematic when they mingle.

For example, shy kids are almost invariably weird. We create complex inner worlds to compensate for our inability to deal with … well, much of anything. I spent most of my childhood looking to those magical beings called “extroverts” to learn how to behave in social situations, but sometimes I looked in other places as well. Bad places. Feline places.

Here are five behaviors I learned from my cats, which enhanced my social awkwardness rather than improved it. 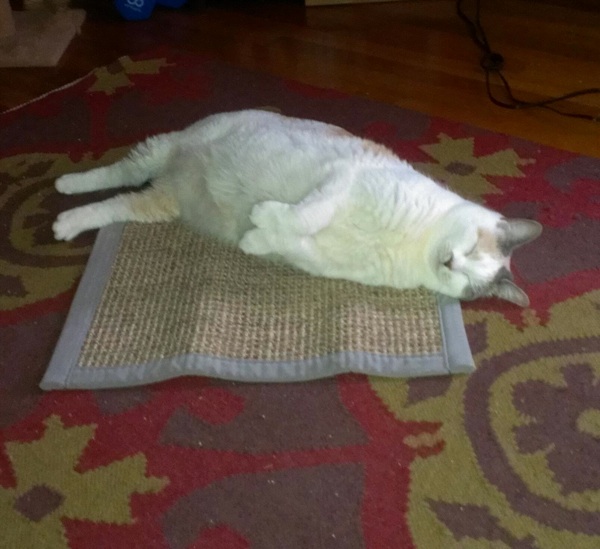 1. Headbutting people when I want attention

If you date me, you’d better be ready to pet me — like, scratch behind my ears, massage my head, rub my neck. Observe the way a cat socializer greets a shy kitty at an animal shelter, and that is basically what I want you to do to me each time you say hello (but I don’t want to sniff your hand first, because I don’t know where those fingers have been).

Here’s the deal: I sit in a cubicle alone all day. During that time, I become feral. I need to be coaxed back into civilization. Once you’ve calmed me down, I won’t want you to stop petting me. In fact, if you do stop, you’re liable to get headbutted. Yes, that’s right — I will interrupt your regularly scheduled programming by ramming my head into your shoulder. That is your cue to keep going. You should heed it. You never know when I might bite. Just kidding. Not really. 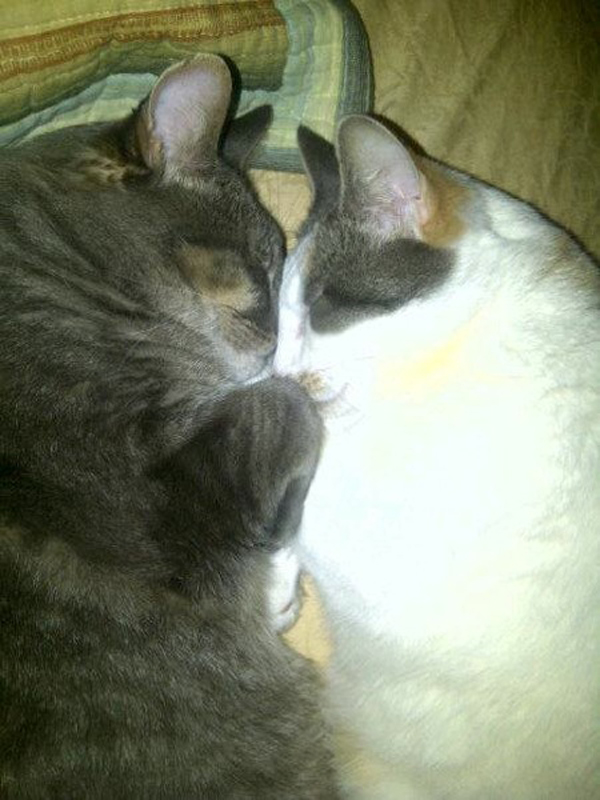 2. Begging for a bite of someone else’s dessert

Everyone knows that when you steal a bite of someone else’s cheesecake, ice cream, carrot cake, etc., the dessert in question does not contain any calories. If you’re eating a delicious sweet treat and I am nearby, I will convince you to share by using this trick I learned from my gray tabby, Bubba Lee Kinsey:

The whole process takes about two minutes. Works every time. 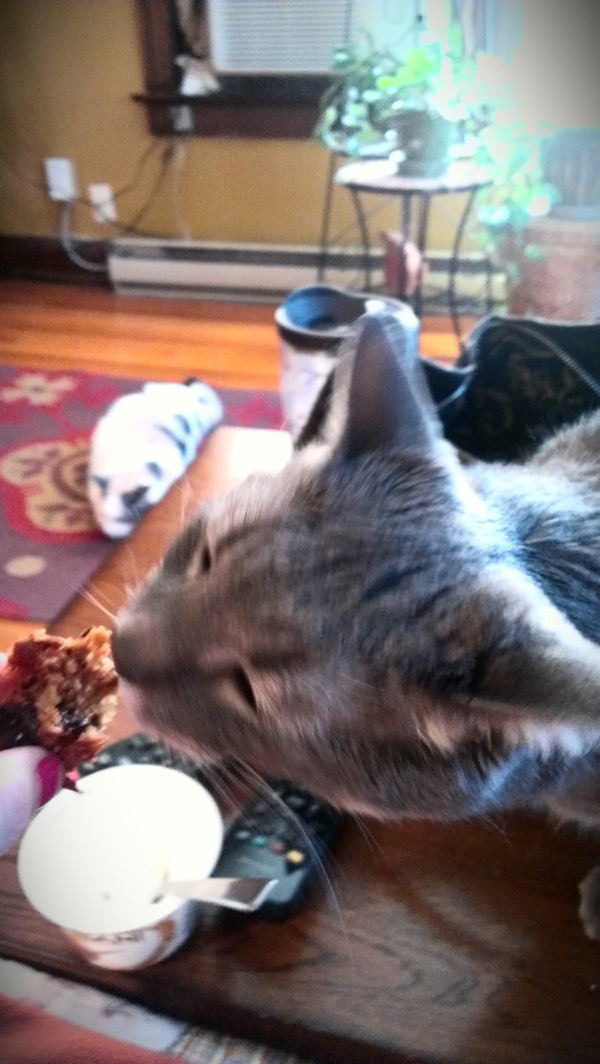 But at least cats have a biological excuse — they are ostensibly conserving their energy for murder. I guess now that it’s spring, can I say I’m conserving my energy for gardening sometime later this month? That sounds legit, right? 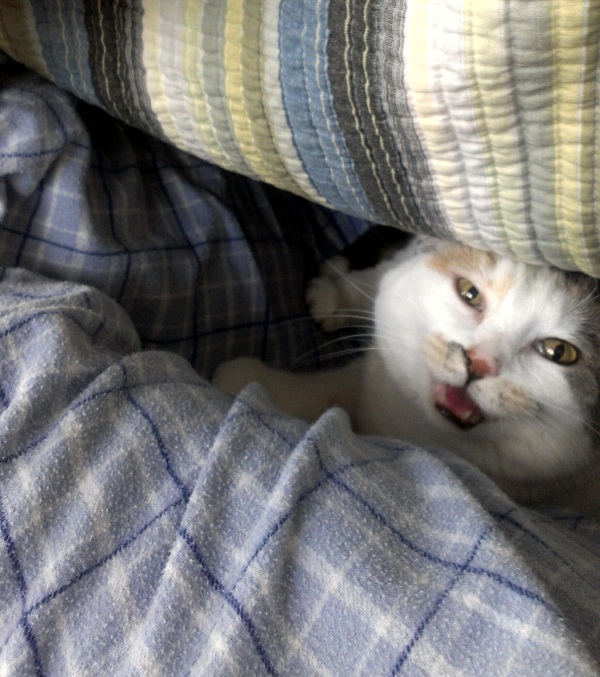 When someone rapidly approaches me and I don’t see them coming, I am probably going to jump while waving my arms in front of my face, jazz-hands-style, before backing into a wall. I’ll stand there frozen, my heart pounding, while the other person continues on her merry way. Sometimes she’ll laugh or say something like, “Take it easy.” If it were socially acceptable to hiss at these people, I would, but that is a line I haven’t crossed. Yet.

Loud noises are just as bad. I am startled by someone’s cell phone during dinner, for example, or a carpet salesman hollering about cheap rugs on television. Like my kitties, I am high-strung and conserve my energy for something big — for murder, maybe? Don’t mess with me, and you won’t have to find out. 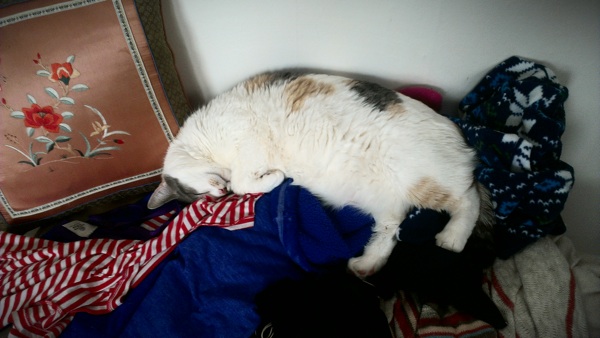 I can hear them approaching. I know the sound of their shoes. Their footsteps are purposeful, driven — and heading right for my desk. What do they want from me? Did I forget the cover sheets on the TPS reports? Am I in trouble for zestfully devouring that scone at my desk even though eating anywhere but the break room is strictly prohibited? Are they cranky at my decidedly tenuous grasp on the concept of business-casual attire?

Should I hide under my desk? No, they’ll see me under there. The bathroom! See you in 10.

We love what Angela writes about humans and cats. Read more of her shockingly funny posts: