Next on The Scoop: How to Play With Your Cat the Right Way
Health & Care 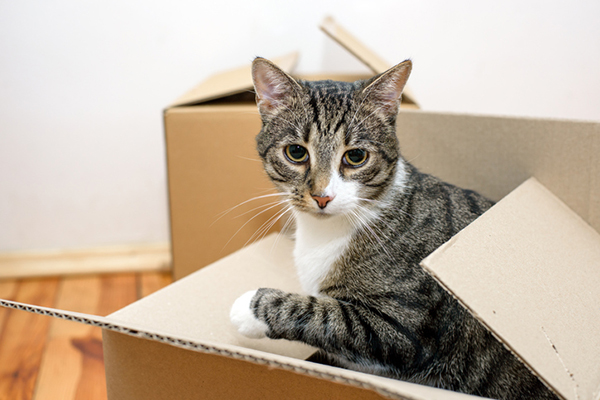 Let’s Discuss Cat Dementia — Is Your Cat at Risk?

Cats get dementia, too. So, what are the signs of cat dementia and what do you do if your cat has it? Can you prevent dementia in cats before it happens?

Believe it or not, our feline friends can suffer from dementia as they get older. Feline cognitive dysfunction syndrome (a.k.a. CDS), which is similar to Alzheimer’s disease or dementia in humans, usually affects cats who are over 10 years old. Little research has been done about cat dementia, so we don’t know exactly how many cats suffer from it, but there are about 2 million cats in the United States over the age of 10, and all of those cats are potentially at risk.

Signs of Dementia in Cats 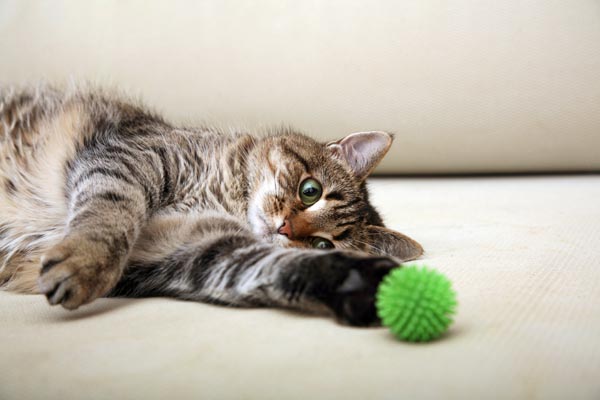 Does your cat have dementia? Photography by Onishchenko Natalya / Shutterstock.

Although cats with CDS might not lose their car keys or forget their doctor’s appointments, they will exhibit other signs of cognitive decline. “Howling at night and urinating outside the litterbox are the two most common complaints that could be possibly attributed to dementia in cats, but there are also changes in anxiety, sleeping more than they should be sleeping, confusion and lack of interaction with the owners,” says Lisa Radosta, D.V.M., Dipl. ACVB, of Florida Veterinary Behavior Service in West Palm Beach, Florida.

The problem, however, is that all of these signs could also be due to other common cat ailments like hyperthyroidism, kidney disease, bladder disease or arthritis, just to name a few. To reach a definitive diagnosis of cat dementia, your veterinarian will do a complete physical exam and most likely suggest blood work, a urinalysis and possibly X-rays to rule out other physical diseases that could be causing your cat’s symptoms. If no issues are seen based on the findings of those tests, and if your cat is 10 or older and showing at least two clinical signs consistent with dementia, your vet might conclude that it’s CDS.

What to Do if Your Cat Has Dementia

Like dementia in humans, there is no cure for dementia in cats, but there are things you can do to slow the progression of the disease and improve your cat’s quality of life. First, talk to your veterinarian about the various supplements that support brain health, like vitamin B12 and SAMe (S-adenosyl-L-methionine). “SAMe has been shown in older kitties to increase cognitive function,” Dr. Radosta says. “They could solve problems better after they took it for two months.”

In addition to giving your cat supplements that support brain health, you can improve cognitive function by providing daily enrichment opportunities at home. “What we know about dogs, and what we suspect about cats but aren’t completely sure because no one has done the research, is that if you keep the brain active, the brain stays young,” Dr. Radosta states. “Enrichment is a big deal for cats. Keeping cats happy is really important, and keeping them enriched as elderly cats will help to stave off the progression of CDS.”

Cats, especially indoor cats, can get really bored. Encourage them to exercise their brains by providing toys, games, activities and treats. “Think about the senses,” Dr. Radosta says. “Things they can smell like catnip and things they can eat like different kinds of treats. Things they can chew on like cat grass. Things they can hear, for instance, letting them out on a screened-in porch or lanai or how about some music? Finally, think about what they can see and what they can touch.” Different cat scratchers, elevated cat trees and perches with views, interactive toys and fun play sessions with you will all help your cat use her brain and keep it in tip-top shape.

Can You Prevent Cat Dementia in the First Place?

Even if your senior cat is not currently exhibiting symptoms of dementia, think about taking some steps now to stave off future cognitive decline. “Supporting brain health is really important,” Dr. Radosta advises. “I want people to be thinking about enriching their cat’s life and supporting brain health as soon as they’re 10.”

Plus, is human dementia hereditary? Check out this article from University Health News >>

20 comments on “Let’s Discuss Cat Dementia — Is Your Cat at Risk?”