Thinking of Shaving Your Cat and Giving Him a Lion Cut? Don’t.

We have two beautiful Persian cats. And these guys are furry. We wage a constant battle to keep the fur at bay to avoid furballs tumbling into every corner of the house (and hairball barf next to the bed). Oh, and did I mention I’m allergic? For a long time, we kept the fur issue under control with semi-annual professionally done lion cuts. The boys look so cute with their shaved bodies, poofy heads, and ankle and tail tufts that I can barely stand it. I think they like the shave-down, too. Grooming themselves must be easier, and I have noticed they stay longer during petting sessions when their fur is shorter. It must feel really nice to get a belly scritch without a bunch of fur in the way.

After years of spending $100 a pop at the groomer, we started to wonder, “How hard can it be?” We decided to try our hands at the Persian shave-down. That was a colossal mistake.

First, we went to the store for the right tools: clippers made just for this purpose. The employee who helped us explained that we also had to buy cooling spray because the clippers get really hot while you use them and you have to constantly spray them throughout the session. “You don’t want to burn your cat, do you?” the pet store dude asked. My husband looked at me, worried. “Of course not,” we said.

When we got home, we decided the master bathroom was the best place for the grooming session. We put towels on the floor because, you know, it’s easy to contain cat fur this way (snort, giggle).

We got out our tools, decided who was doing the shave-down and who was holding the cat, looked at each other and said, “Let’s do this!”

Romeo was our first “client.” I held on to him and my husband turned on the clippers. I’m not sure what we expected. Actually I know exactly what we expected. We thought it would be as easy as running those clippers along each cat and shearing off clumps of fur in a relatively easy and uniform fashion.

Boy, were we wrong. Have you ever tried to shave a cat? You know they keep moving, don’t you? And their little bodies are full of bumps and crevices that you really don’t want to nick. And, you know, male cats also have nipples, right? You don’t want to nick those little nubs. Shudder.

In between the shaving and holding on to the squirmy cat, we had to stop and spray the dang clippers. In an enclosed bathroom with just a small window, the aerosol (which is bad anywhere) is worse.

After 30 minutes, we decided to give Romeo (and ourselves) a break. As I watched my poor little white cat walk (okay, run) away, my heart sank. Half of his fur was raggedly shaved in patches. And those sensitive areas I mentioned? There were long tufts of fur still intact around them. We hadn’t even gotten to the back end of his body, so he looked like half Persian cat, half wild beast. I think I knew at that moment Romeo wouldn’t be back under the clippers again.

Our next client: Pugsley. Hoping Romeo’s chop job was simply because of the person doing the chopping, I tried my hand at wielding the clippers. I was no more skilled at administering lion cuts than my husband was.

We gave in a lot sooner with Pugsley than we did with Romeo. We knew we sucked. We were exhausted and defeated. Our cats weren’t happy with us. We were choking on the cooling spray and there was fur everywhere — in every crevice of the bathroom, inside our clothes, and up our noses. Months later, I’d still be wiping off little pieces of fur from my bare feet every time I got out of the shower.

Both babies looked awful. We felt horrible. The only positive in the whole ordeal was that there was no bloodshed — feline or human.

We had family coming to visit the next day and I almost canceled because I was so embarrassed about the way the boys looked. But I sucked it up, and my brother-in-law and his wife arrived. Let’s just say they saw much more humor in the situation than we did.

But after they left, I avoided visitors and vet appointments for the next month or so until the boys’ beautiful fur started to grow back out. I even avoided taking photos of them. That’s how bad it was. A month without cat photos? You know it was bad.

I must have apologized to the boys a million times, promising it was the last time I would ever attempt such an atrocity again. And I haven’t.

These days, the boys’ fur is long and luxurious. Furballs fly freely around the house. I sneeze frequently, despite my allergy meds, and we often step in a big, wet pile of hairball slop on our way to the bathroom in the mornings. The boys now go to the groomer for a thorough comb out, clip, and “sanitary trim,” rather than a shave-down. And I spend more time brushing them to keep the mats away. 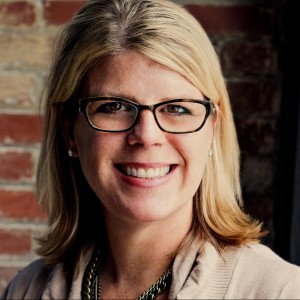