Next on The Scoop: Berkeley Wins a Visit From Famous Feline Grumpy Cat

We Talk to NFL Legend Boomer Esiason About the Kitten Bowl

Boomer Esiason played quarterback in the NFL for 14 seasons. He can be heard on the nationally syndicated Boomer & Carton Show and the radio broadcast for Monday Night Football on Westwood One, and seen on Showtime’s Inside the NFL and CBS’s NFL Today. He is also a philanthropist raising millions of dollars for research to find a cure for cystic fibrosis.

With all of Boomer’s credentials, did the Hallmark Channel really have any other choice when announcing its first-ever commissioner for the second annual Kitten Bowl, to take place on Super Bowl Sunday, February 1? I had a chat with him to find out more. 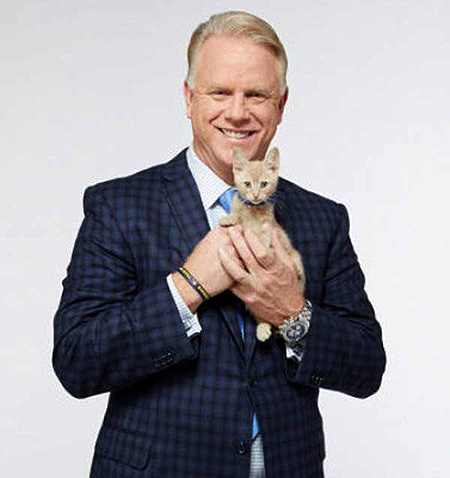 Catster: So, where did this man of many talents’ love of animals begin?

Boomer Esiason: I can’t ever remember not having a dog in the house. It goes back to my first dog, a Boxer named Fawny. I’ve always grown up with a dog in the house, from a Boxer to a stray mix to a Newfoundland. Since I was a kid, I’ve had nine dogs, and I can remember all their names. I also had a Siamese Cat with blue eyes named Frankie. Not only did we name him after Frank Sinatra, I named him after my college roommate, Frank Reich, who now happens to be the offensive coordinator for the San Diego Chargers.

Your charitable work with the Boomer Esiason Foundation fighting cystic fibrosis is well documented. Are you involved with any animal causes?

The one cause that I had been involved with, due in large part to my daughter volunteering there, was ARF — the Animal Rescue Fund of the Hamptons. I’ve attended many of its fundraisers. 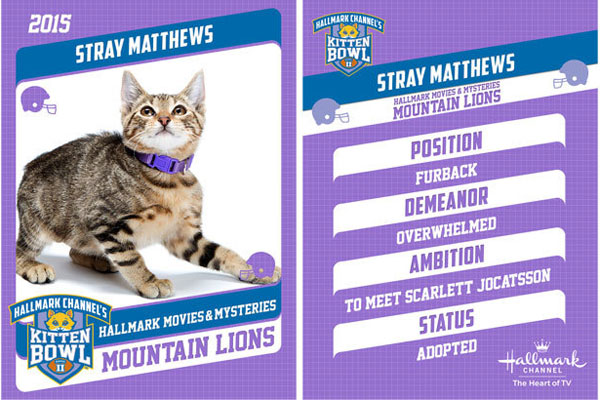 What drew you to Kitten Bowl?

They called me because they know I’m an animal lover from listening to the show and also they came across the fact that I played for the Bengals in the NFL. Why not have a former Bengal become the Commissioner of the Kitten Bowl? When I found out that I was going to have the opportunity to share the desk with the legendary John Sterling (longtime New York Yankees radio voice), I couldn’t pass it up.

Cats and dogs. What do you love most about each of them?

For the cat, I love the awkwardness and uniqueness of each individual personality. For the dog, it’s the innocence and unconditional love that man’s best friend gives to his owner. 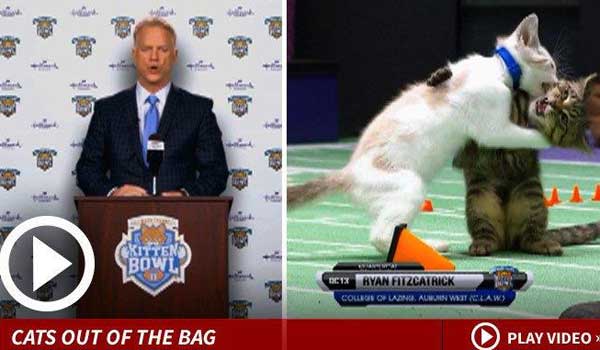 The cutest ones, which means they are ALL great football players.

What is your role as Kitten Bowl Commissioner?

I am the Feline Football League Commissioner. My job is to oversee that all the little kitties are adorable, love to play, and bring their indomitable amount of energy each and every time they hit the field — and that their cuteness lives up to the expectations of our loyal viewers and kitten lovers. 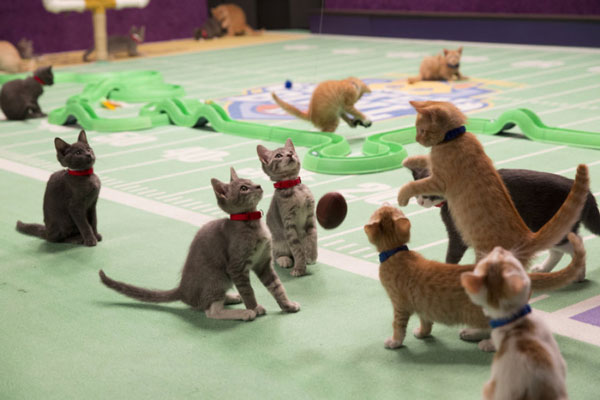 How can Catster readers get involved with Kitten Bowl?

By watching on the Hallmark Channel and supporting and adopting kittens in need through the various shelters and organizations that support cat adoption.

Tell us about your current pets.

I own two Jack Russell Terriers. Buckley is 18 years old and may be the smartest dog I’ve ever been around, as evidenced by her actions when she was much younger — four or five — and she figured out how to ring the front doorbell. She would go out for a half-hour run in the neighborhood and then would ring the doorbell when she wanted to come back in. She learned that from watching the postman — he would put the mail through the slot and she would take the mail, then she would watch him ring the doorbell.

My other Jack Russell is named Beannie. At the age of two, she has already figured out her place at the kitchen table and sits in the opposite head chair across from me. In the last few weeks, unfortunately, our Vizsla, Billie (named after Billie Jean King), left us — she lived to the age of 15.

What’s the best part of having animals in your life?

The unconditional love and the destressing after a long, hard day’s work.

Read more about the Kitten Bowl on Catster:

About the author: Brian Fischler is a standup comedian and writer. He has been seen on The Today Show, published in Maxim Magazine as the Comedian of the Month, and on Top Gear USA on The History Channel. Brian also runs Laugh For Sight, a bicoastal comedy benefit featuring the biggest names in comedy that come together to raise money and awareness for retinal degenerative eye disease research. Connect with Brian on Facebook and follow him on Twitter.