Next on The Scoop: The Weird Science Behind Your Cat’s Paws
Catster Tips

How to Make Up a Cute Song About Your Cat

Composing and singing songs about your cat is great fun -- here's how to get started.

We’ve been creating creative (and nutty) cat songs in this household for many years. Call it weird or eccentric, but it’s actually a lot of fun. We’ve created personal songs for many cats, and sometimes a few cats will show up in one song. Although we are both somewhat musical, anybody can have fun doing this. Once you’ve created a song that captures your cat, you’ll have the greatest time singing or playing it. Your cat will love the attention! They know when a song is about them.

Don’t worry if a song doesn’t make any sense. That’s half the fun of this. Nothing makes me laugh harder — music is a great mood raiser and it seems to be a language that transcends all species. 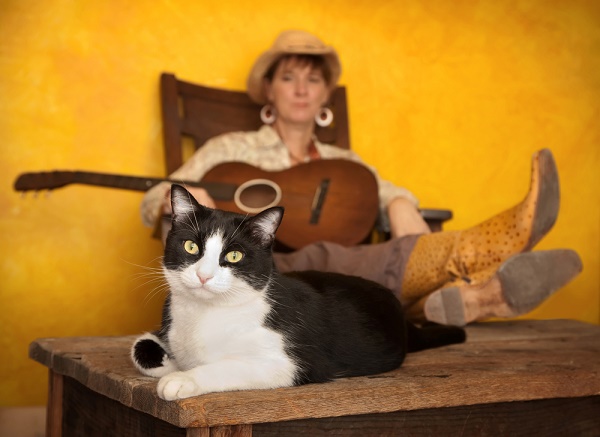 Here are some things to think about when you jump into the world of creating fun cat songs:

If you don’t think you’re up to composing a completely original tune, there are plenty of tunes to piggyback on. Pick something that’s very familiar. For example, what about the tune, “California Girls”? Right away, it’s easy to think about riffing on a song about cats:

“The East Coast cats are Maine Coons with their big tails in the air / And the Minnesota cats are thick furred, ’cause it’s so darned cold out there / I wish they all could be Ragdoll kitty cats.”

Now, this is kind of silly, but you get the idea. Try putting new words to a very familiar melody. Make it about cats in general or about your special cat. Pick another song if you don’t like this one. When the words work just right with the music, it’s a very cool feeling. Here’s another:

“Don’t you wish your Tortie was hot like me.” 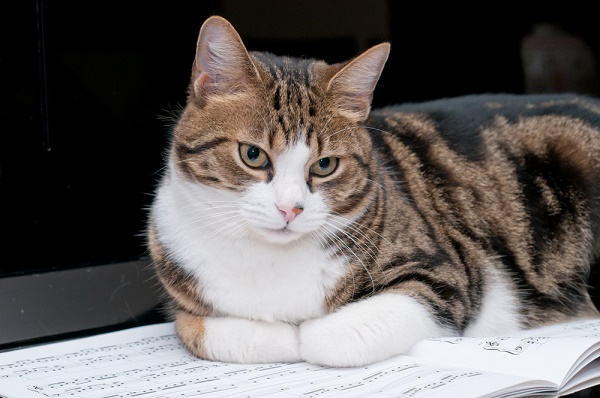 2. Choose a major or minor key to represent your kitty

If you’re musical, you know what this means. If you don’t know what it means, think of it this way — major tunes (like “California Girls” have a bright and happy sound. A song like “Sweet Dreams (Are Made of This),” on the other hand, has a darker tone. This is a song in a minor key.

We once had a sneaky feral hanging around our garage who we named Two Day. We made up a prowling, sneaking kind of song set to “Hey Hey, My My (Into the Black),” with words something like this:

This song has an instrumental part that sounds like a prowling cat, to me. To this day, if that melody or those words go through my head, I think of Two Day. This song captured his stealthy, shy, and clever personality so well. We could not get close to him and I could not get him to stay in our garage. 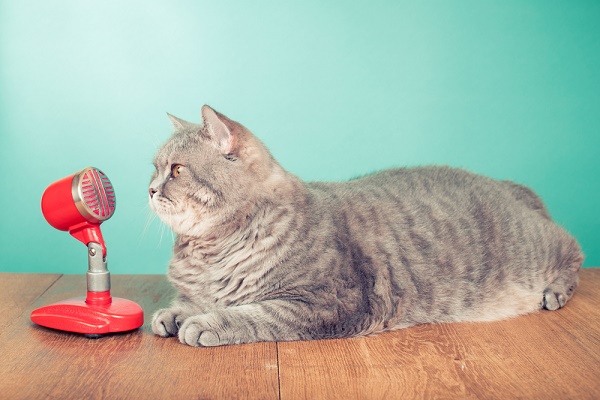 3. Give it a catchy refrain

The refrain (sometimes called the chorus) is the part of the song that gets repeated. This keeps bringing you back to some sort of center, so you want it to be catchy. Since we’re both pretty enamored with Zorro, we recently made up a pretty cool original song. It moves fast, and even though it’s in a minor key, it doesn’t sound draggy at all. The refrain is simple and incorporates Zorro’s nickname Buddha (that nickname is another long story):

Of course, this would make a lot more sense if you could hear it with the music we made up, but don’t let that stop you from going down your own creative route. You’ll be amazed at the cool and cute songs you can cook up about your cat.

4. Pick a song whose tempo matches the personality of your cat

Is your cat sluggish? High energy? Schizoid? Make the tempo — or speed — of your song match the personality of your cat. A sedate Norwegian Forest Cat versus a street smart tabby versus a hyper calico will all have different sounding songs.

5. Think about dynamics — loud or soft?

Does your cat go through life loudly? Is his personality almost too big to be contained? Maybe his song should be loud. If he is shy and sweet, on the other hand, that’s a different kind of song — maybe a soft and tender one. Dynamics can (and should) vary within most music, of course — you need the contrast. A song that was all loud, for example, could get to be too much. But for now, just have fun. You know your cat well, and you’ll probably make a song that will musically fit your cat perfectly — without even trying.

Have fun with the words and the melody, and you’ll have hours of entertainment ahead of you for you and your cat.

Do you make up songs about your cat? How do they turn out? What does your cat think?