Next on The Scoop: 5 Things That Might Come Up When Cat Sitting for a Friend
Let's Talk

Is Your Cat Obsessed with a Favorite Toy or Plaything?

My cat Chester is extremely attached to a small catnip pillow. Here's how he uses it.

My Chester is a sweet buff male. He has a lot of endearing qualities. He’s funny and collaborative, and he likes to make sure that everybody in our household cat group gets along. He loves his humans. Chester also is very attached to a stuffed catnip pillow toy, and this attachment has remained with him for many years. 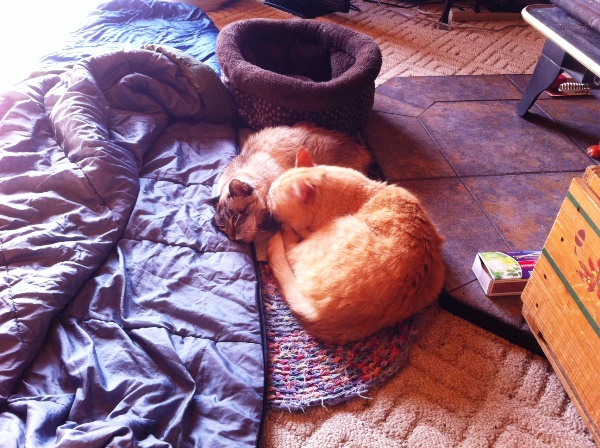 I adopted Chester from the humane society where I volunteered. Several years ago, I had my eyes on this friendly buff male. His sweet personality was apparent. Initially he’d been in a cage by himself, but he was eventually moved by staff to one of the multi-cat rooms. It was obvious that Chester liked being around other cats. The notes on Chester from the staff included the statement, “He does well here.”

Chester knew intuitively when I picked him out and came to adopt him. He walked right up to the door of the cat room, ready to leave. When I completed the adoption process with the staff, they gave me a small stuffed catnip pillow (about two-by-three inches) to send home with Chester. Somebody local made the toys. I never could have dreamed how attached Chester would get to that toy. The original pillow, which we eventually named the “baba” (don’t ask me why), had a green camouflage fleece design. 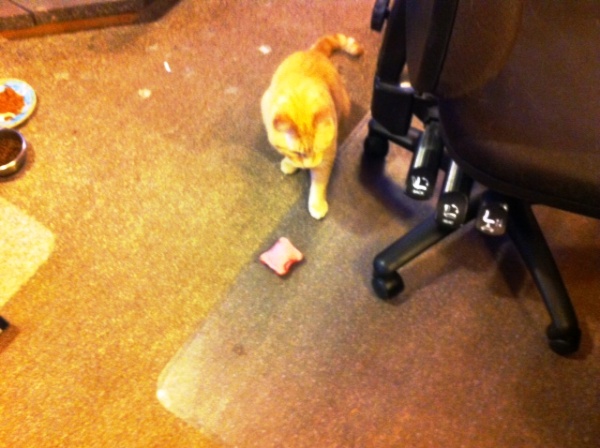 Chester fit right in with the other cats. We noticed that his attachment to the catnip toy manifested immediately. He’d often carry it around the house for hours. I discovered that if I threw the toy, he would fetch it and bring it back. If we left the house for some reason and Chester didn’t want us to leave, he’d meet us at the door when we returned. The toy would be in his mouth and he’d be whining around the toy.

Here are some other ways Chester used the toy:

1. He left the toy in strategic places

We began finding the baba in places where Chester would deliberately put it, hoping we noticed it. I don’t know why this was important to him, but I do believe it was intentional. The catnip toy would be prominently placed in the center of the bed, or right in the middle of a doorway threshold, or in my husband’s slipper, for example. None of the cats ever picked up the catnip toy, so Chester was placing it in these obvious places. Perhaps he wanted us to play with him. Or maybe it was his way of welcoming us back inside the house or telling us that he wanted to be on the bed with us. Who knew? 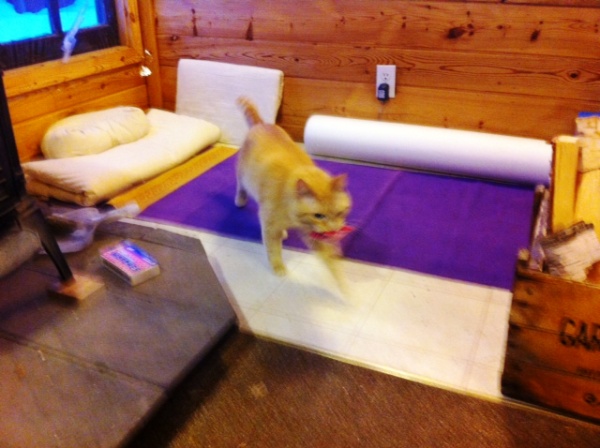 2. He entertained himself with “the door game”

If nobody was inclined to throw the catnip toy for Chester, Chester came up with a new idea. He figured out how to entertain himself by shoving the catnip toy under the open bathroom door. He’d gently paw it under the door so that only a corner or a bit of the toy poked out from the other side of the door. Then, Chester would scuttle around to the other side of the door, pouncing on the toy from that side and clawing it out. He could do this endlessly and never get bored with this simple door game.

3. He used it as a tool for grief healing

Chester’s original green camouflage baba went missing for several months. We looked everywhere to no avail. Then, Chester’s buddy Karma became ill with a fast growing tumor. From diagnosis, she had little more than two weeks to live. Chester took it hard and went into a funk like I’d never experienced before. (In 20 years of having cats, I had never seen a cat grieve to this extent.) I was worried. I knew that if I could find the catnip toy, that this might be one small thing that would cheer Chester up, or at least provide a constant in his life. 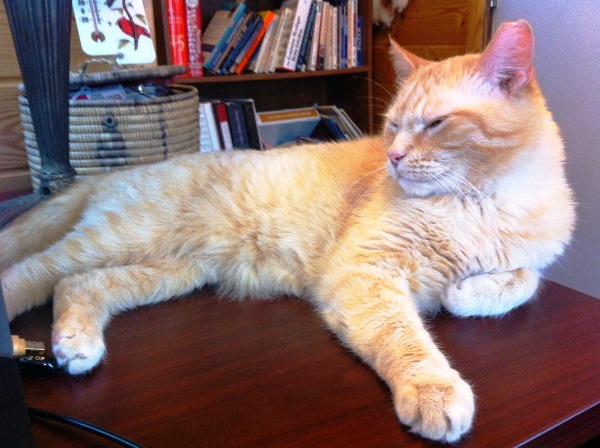 I was lucky enough to stumble into a small source of other catnip toys. At about the same time, we finally discovered the original baba in a kitchen cupboard. (I think it fell through the back of a cat toy drawer above that particular cupboard.) Chester had begun getting very special treatment, including getting lots of alone time in the office with me. I took a couple of the catnip toys out to the office. Eventually, he started playing again, fetching the toy, and walking around making his soft howling noises with the toy in his mouth. I considered all of this a good sign.

Has your cat had a toy that seems like a security blanket? Is she obsessed with a particular object or toy? Tell your stories in the comments!