Next on The Scoop: FIV-Positve Cats Can Live With Other Cats Because … Science
Ask a Vet

Ask a Vet: Why Would a Cat Stop Eating?

Appetite stimulants can help in the short term, but analysis beyond basic blood work might be needed to find the underlying cause.

I recently encountered the following question:

“Can somebody please help? Our cat stopped eating a week ago. We took him to two vets. Blood test picked up nothing of concern. We started giving him less than half a tablet of Ciplactin two days ago and he started eating again. We would like to know is it safe, and for how long can we keep on giving him this.”

First of all, I want to commend the person who wrote this question for recognizing that there was a problem. I used to be surprised by how many people ignore their cats’ poor appetites, but after a decade and a half of hearing people say things like, “I didn’t think there was anything wrong with him — he just wasn’t hungry,” I have grown jaded.

To be clear: Cats normally eat every day. When a cat goes a day without eating, something is wrong. Period.

There is a word to describe not eating: anorexia. Unfortunately most people get confused by this term because of a misunderstanding of the nomenclature for anorexia nervosa. Anorexia nervosa describes humans who do not eat because of a psychiatric problem, but in popular culture this syndrome is often and inaccurately described simply as anorexia. 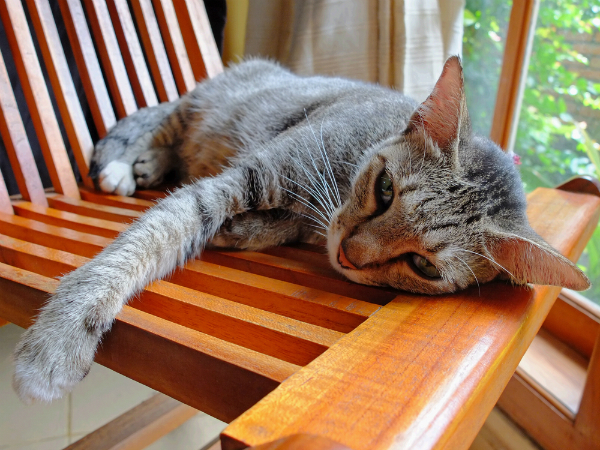 Many different medical problems cause anorexia in cats. Some of the most common ones, such as kidney disease and complications of diabetes mellitus, are readily detectable with blood tests. Because blood work was performed on the cat in question, these problems probably have been ruled out.

However, many other diseases cannot, for now, be detected by blood tests. For instance, people often are surprised to learn that most cancers are not detectable with blood tests. That is likely to change in the future with tests that detect specific proteins or other molecules produced uniquely by certain types of cancers. And, indeed, cancer is on the list of possible causes for poor appetite in the cat in question.

One type of cancer in particular, lymphoma, tragically is very common in cats. It often infiltrates the intestines. Lack of appetite may be the first symptom. 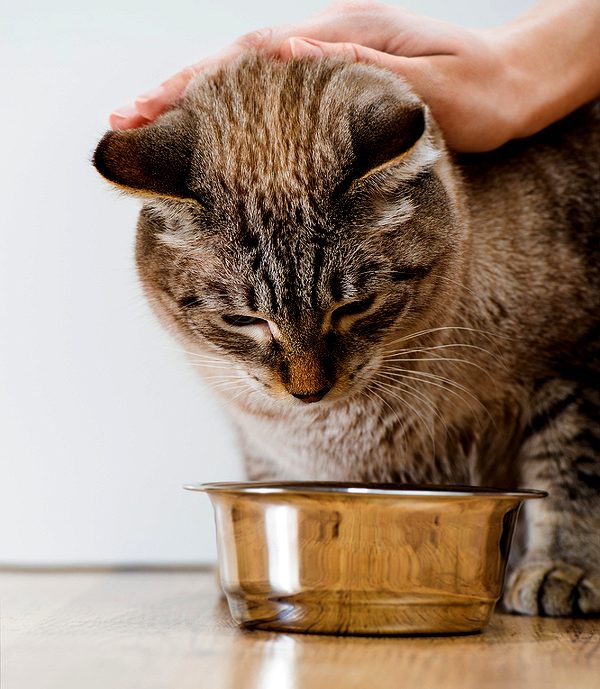 I am happy to say, however, that cancer is not a foregone conclusion in this cat. Viral and bacterial infections often cause no changes in blood tests. Nor do inflammatory conditions.

And statistically speaking, an inflammatory condition is the most likely cause of the cat’s poor appetite. Inflammation, in a basic sense, is a fancy way of saying irritation. There are three organ systems that often become inflamed in cats in a solitary fashion or simultaneously: the intestines, the pancreas, and the bile duct.

The most common cause of intestinal irritation in cats is a condition called inflammatory bowel disease, or IBD. It may cause chronic or intermittent anorexia, vomiting, or diarrhea.

The pancreas is an organ that is crucial in digestion of food. Poor appetite is one of the most common symptoms of an inflamed pancreas. There is a blood test that can help detect pancreatitis, but it is not universally available.

Several other conditions, including foreign bodies in the gastrointestinal tract and exposure to certain types of toxins, also may cause cats to stop eating.

For any cat who has stopped eating but has normal blood tests, the next step is diagnostic imaging. X-rays and ultrasound often are required to find the reason for anorexia in cats.

Will such imaging be necessary in the cat in question? It’s not a bad idea no matter what, but the situation will be most urgent if the cat stops eating once the Ciplactin is discontinued.

That brings up the reader’s actual questions: Is Ciplactin safe for cats to take, and how long can they take it?

It is best to avoid long-term use of cyproheptadine in cats. I always recommend that people give appetite stimulants to their cats for the shortest possible period of time.

If your vet has ever told you to go to the store and pick up Pepcid or Benadryl for your cat, don’t be afraid that the U.S. Food and Drug Administration will pound down your door. The FDA has better things to do than go after cat owners who don’t follow drug labels. But your veterinarian could be cruising for a bruising if government types find out about his or her recommendation.

Giving human medications to cats isn’t merely illegal. It’s also a terrible idea. Many human medications are not safe for cats. For instance, if an owner accidentally purchased a product that contained diphenhydramine (the active ingredient in Benadryl) and acetaminophen (the active ingredient in Tylenol) and gave it to his cat, the cat almost certainly would perish. Acetaminophen is incredibly poisonous to cats.

I’m going to assume that the writer of the question that started this post received a veterinary prescription for cyproheptadine and has been using it appropriately. My recommendation is that he or she discontinue this medication. If the cat stops eating again, it’s time for some diagnostic imaging.