Next on The Scoop: Why We’re Obsessed With ‘The Book of the Cat’
Health & Care 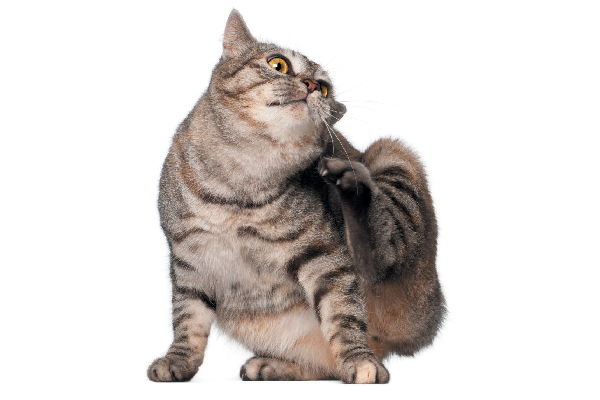 A Vet Weighs In on Flea Treatments for Cats

I hate fleas, and for good reason. Few creatures have had as much impact on world history — and have made cats more miserable — than the common flea. Let’s review the flea life cycle and some flea treatments for cats. 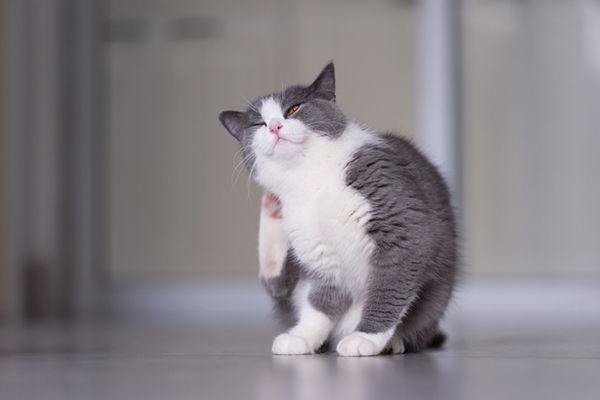 Contrary to popular belief, fleas do not jump from cat to cat. Once a flea jumps on your cat, it makes itself at home there for its entire life. When a female flea lands on your cat, it immediately begins feeding on blood. Ingestion of blood is what allows the flea to become fertile and reproduce. Approximately 24 hours later, the flea starts laying eggs — about 50 per day. As the cat roams the house, he behaves like a living salt shaker, dropping flea eggs in the environment, mainly in areas where he sleeps and rests. About a week later, the flea eggs hatch, and little larvae emerge.

The larvae don’t like light, so they burrow into carpets, furniture and cracks in hardwood floors. Five to 12 days later, the larvae spin a cocoon in which they develop into pupae. One to three weeks later, little baby fleas emerge from the pupae. These baby fleas wait for your cat to wander by, then they hop on, and the life cycle starts all over again. Yes, it’s as creepy and gross as it sounds.

How to know if your cat has fleas

Diagnosing fleas is easy if live fleas are seen in the haircoat. Sometimes, fleas may not be seen, but “flea dirt” (a nicer term than flea poop, which is what it really is) is present. Flea dirt looks like pepper. Combing this dark material out of the haircoat onto a moistened paper towel will re-suspend the digested blood in the feces, leaving a red stain on the paper towel. This is a simple test, and it confirms the diagnosis.

At the very least, fleas will make your cat itchy and uncomfortable. But they can do more harm than that. Fleas can transmit conditions such as flea allergic dermatitis and tapeworms. They can also transmit Bartonella, the organism responsible for cat-scratch disease in humans. Heavily infested cats, especially kittens, can develop anemia due to blood loss from multiple flea bites.

Historically, the most effective approach to flea control was a three-step method: treatment of the yard, the house and the cat. The newer flea and tick control products, however, are so effective that treatment of the premises is rarely necessary, especially if the cat resides exclusively indoors. Cat parents now have a huge selection of flea control and flea treatment products at their disposal.

The most common flea control products contain either imidacloprid (Advantage), fipronil (Frontline), dinotefuran (Vectra), spinetoram (Cheristin) or selamectin (Revolution). These are applied to the skin on the back of the neck, where they sink in and spread throughout the layer of fat beneath the skin, killing any adult fleas present. They continue to kill fleas for at least 30 days. After 30 days, a new dose is applied.

Oral flea control products are also available. Nitenpyram (Capstar) is good for heavy flea infestation. A single oral dose of nitenpyram will kill (within 30 minutes!) all of the adult fleas on a cat. It has no residual effect, however. Spinosad (Comfortis) is an oral formulation that kills 100 percent of adult fleas on a cat by 24 hours after administration. Spinosad has residual effect; it continues to kill adult fleas for 30 days before the next oral is required.

Lufenuron (Program) is an insect growth regulator. It works by interfering with the growth and development of fleas but has no effect on adult fleas. It is given orally once a month; however, an injectable form is available that is effective for six months. When a female flea ingests blood from a cat treated with lufenuron, the eggs she produces will be infertile.

For cat owners who prefer flea collars, there is a collar (Seresto) that contains a sustained release formulation of the flea-killing compound imidacloprid, in combination with flumethrin, which kills ticks. It kills fleas and ticks for eight months. The collar also has a “break-away” mechanism, so if it gets caught on something, it will release, rather than cause injury to the cat.

In an effort to tap into the lucrative flea-control market, some manufacturers have produced over-the-counter flea control products that mimic the veterinary products in appearance. These are not safe for cats. They usually contain permethrin, an insecticide commonly found in low concentrations in some canine and feline flea sprays and shampoos. Cats can tolerate low concentrations of permethrin; however, these small single-dose tubes contain concentrated permethrin (45 percent to 65 percent). Concentrated permethrin spot-on products are labeled for use in dogs only and may cause severe and often fatal toxicosis if applied to cats.

Fleas have been a source of much misery for pet cats and dogs. Fortunately, modern flea control products are very effective. Different products offer different benefits, so consult your veterinarian to determine which product is best for you and your cat.

An aside on ticks and cats

Fortunately, ticks are less of a nuisance in cats, compared to dogs. Cats are meticulous groomers, and they usually remove most ticks from their coat before they attach. Those that do attach rarely cause problems because cats are much less susceptible to dangerous tick-borne diseases like Lyme disease, Ehrlichiosis and Rocky Mountain Spotted Fever. In my 29 years in practice, I’ve never seen a case in a cat.

Dr. Arnold Plotnick is the founder of Manhattan Cat Specialists, a feline-exclusive veterinary practice on Manhattan’s upper west side. He is also an author of The Original Cat Fancy Cat Bible. Dr. Plotnick is a frequent contributor to feline publications and websites, including his own blog, Cat Man Do. He lives in New York City with his cats, Mittens and Glitter.

Read more about fleas and cats on Catster.com: