Next on The Scoop: My Latest “Cattoo” Was (Almost) an Impulse Buy

My Cat Plays Piano, Really! Does Your Cat Have Musical Talent?

Kieran, my Turkish Van, came to us as a bit of a mystery. He was found huddling up to the outer walls of our house in the dead of winter. He was nowhere near feral, and I was easily able to get him inside. Kieran is a loving, quiet kind of a dude, who revealed his sense of humor slowly. He seemed to have some baggage from being abandoned (my assumption) in the winter. At first, he wouldn’t even look out the windows. But over time, when I integrated him into the household, his subtle humor began to show.

In northern Minnesota in the winter, it gets dark early. You make your own fun. My husband likes to mess around on the guitar, and he’s pretty good. At night in the wintertime, the cats are normally sprawled in front of the fireplace, lazily soaking up the heat. But the minute Kieran heard the sound of guitar strings, he came running! He stared with fascination into the sound hole of the guitar. He cuddled up to my husband with a happy look on his face, obviously listening. I wonder if this cat was a musician in a former life?

Next stop, the piano!

We also have an upright piano, which I, ahem, do not practice enough. Truthfully, I wish it got played more than it does, because I really enjoy playing. My ambitious husband showed some initiative this winter and taught himself piano. We have some really excellent beginner books (I used to be a teacher). All my husband had to do was sit down, open the book, and strike a key. You guessed it — Kieran was there. 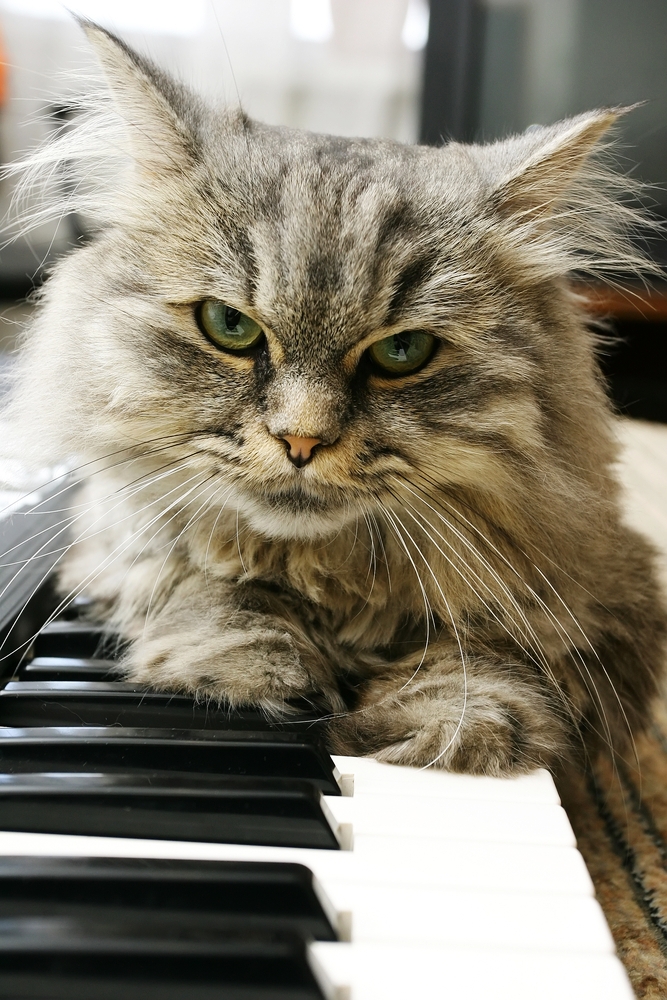 Was it an anomaly? We thought so. But it happened over and over. The piano lid came up, my husband sat down to play a note, and Kieran came running. Sometimes, he was already there. 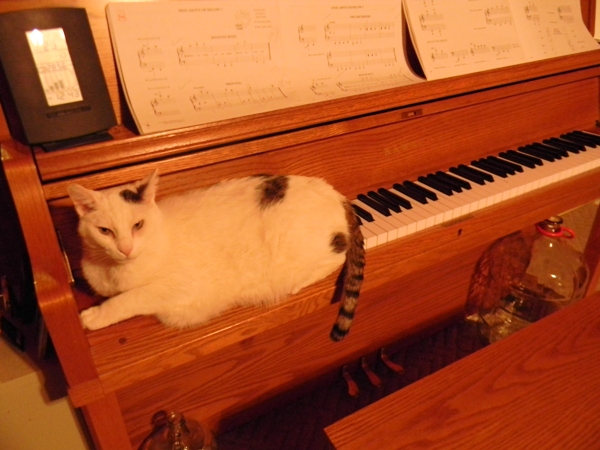 Much to our great fortune, we discovered that Kieran had musical talent. He didn’t just walk on the keys randomly. Sometimes, his rhythms matched my husband’s. And If my husband was playing in the middle range of the keyboard, Kieran seemed instinctively to know to go to the upper range or the lower range. He plays the upper range very delicately. On the low range, he’s not subtle at all.

Kieran also has an ear for musical dynamics. A coincidence? Who can say? I have heard Kieran plop his butt down with a great forte (musical term for loud) on the lower register of the keyboard. With a delicate and soft technique, Kieran demonstrates legato (smoothness) on the upper keys. What a cat! Turns out our mystery stray has all kinds of talent. 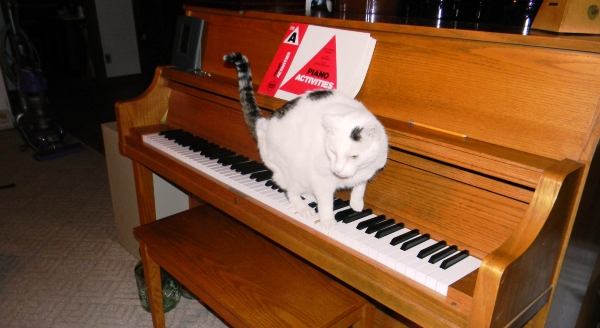 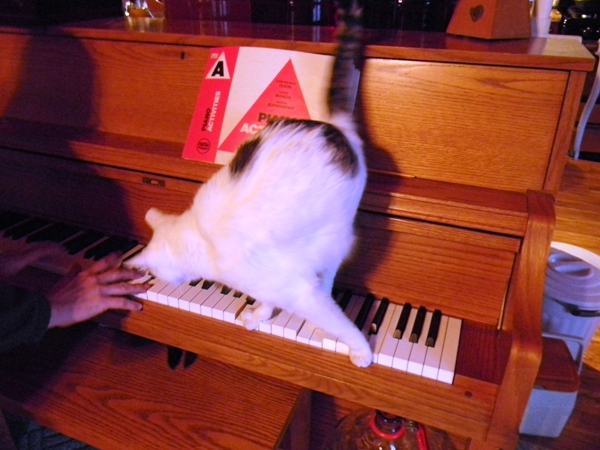 When we had to travel overnight, my girlfriend, who is an accomplished pianist and a piano teacher, watched our cats. (She’s also a cat lover.) I thought Kieran would be thrilled if she played. She picked some Schubert from a stack of music and began to play. Kieran couldn’t have cared less.

Of course, he may have been miffed because we were gone. But really, he’s not that kind of a cat. Kieran doesn’t care how accomplished the musician is or isn’t — as long as it’s one of us. 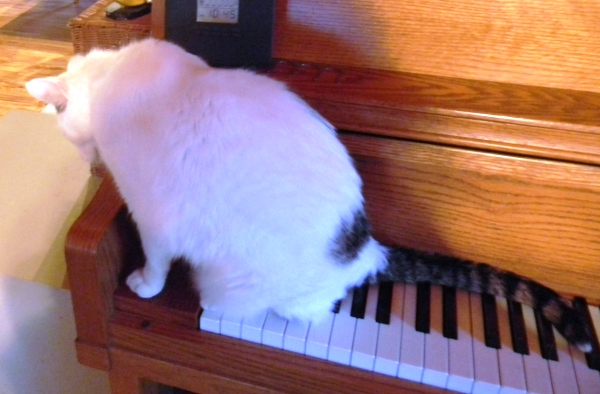 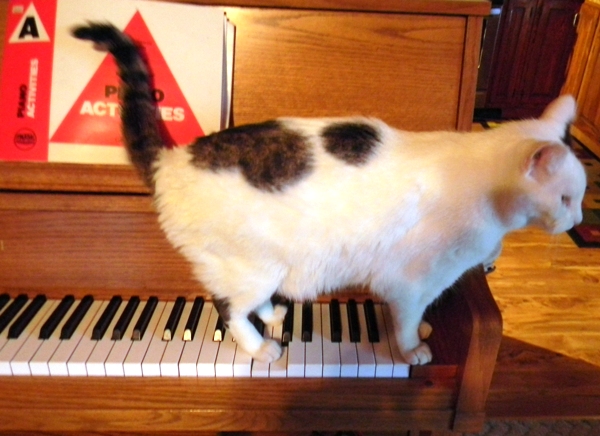 I’ve noticed it again and again. When the instruments come out (whether it’s acoustic or electric guitar or banjo — I’m trying to teach myself) or the lid comes up on the piano, Kieran is there, happily engaged, and smiling as only he can. 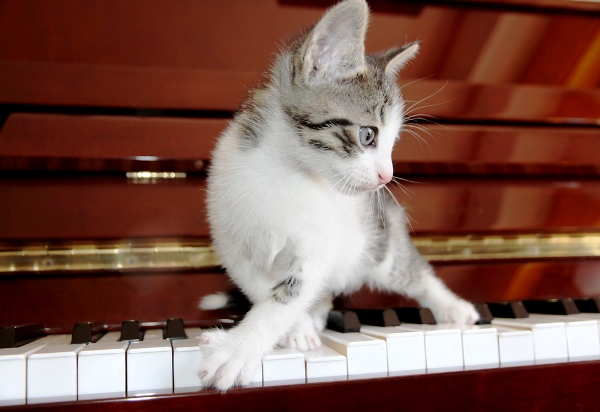