Next on The Scoop: 10 Luxury Holiday Gifts for the Cat Owner Who Has Everything

Today Is Cat Herders Day — Go Do Something Impossible

Today is Cat Herders Day. According to DaysOfTheYear.com, “A day for those of us who feel like we’re tasked with the impossible, Cat Herders Day recognizes the frustration of trying to manage the unmanageable. Whether it’s work, home, school, or other areas of life, if it feels like herding cats, today’s your day.”

The idea of herding cats was popularized by information technologies expert Dave Platt when he said, “Managing senior programmers is like herding cats.” In one of the funniest TV ad ever, Electronic Data Systems made a cat herders commercial that aired during Super Bowl XXXIV in 2000.

So why is herding cats such an impossible feat? Ever tried to force to kitties to do anything? According to IT professionals, programmers as well as cats are independent, solitary creatures who are easily distracted. (I can say the same thing about spouses, kids, and coworkers.)

Because Christmas is near, today we can imagine what would happen if Santa Claus chose cats to power his sleigh instead of reindeer. What a workday that would have been! On a six-cat sled team, four kitties would run in different compass directions, another one would take a nap and one would hiss at Santa. 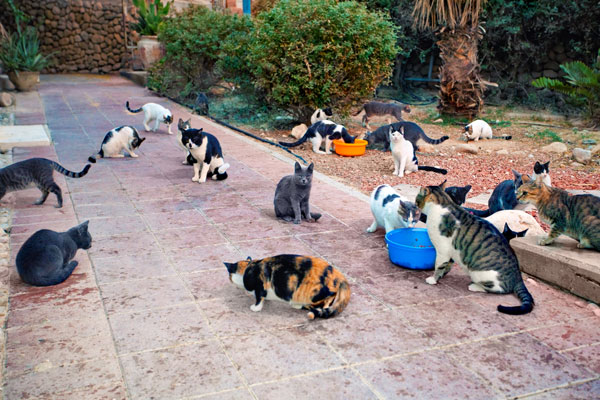 So here’s the takeaway from all of this. Using cats as propulsion won’t solve our energy problem, but the next time you need to get IT professionals (or anyone for that matter) to work together, get out the laser pointer. If it makes cats move in the same direction, maybe it will work on people … or not.