Next on The Scoop: Grumpy Cat Stars at the SF SPCA Macy’s Holiday Windows Event

A Cat Cafe Is Brewing in Seattle

Seattle is a city that runs on coffee. The home base of Starbucks has a well-deserved reputation for its caffeine-powered economy and social life. Coffee shops are often used as remote offices by tech workers and freelance creative types such as yours truly. And judging from the number of feline faces peering out of apartment windows, Seattle is a city full of cat lovers, too. With that in mind, three Seattle residents have come together to bring the ideal hybrid business to the foggy Puget Sound area: a cat cafe.

I recently spoke with Andrew H and Louisa Liu, two of the founders of the Seattle Meowtropolitan cafe, and we talked about their plans and the progress in the development of their venture.

“We’re both from Taiwan, and there are a lot of cat cafes there, so it’s not uncommon for us,” Andrew told me as we sipped drinks at a dog cafe in Seattle’s U District. “I was reading about about the temporary cat cafe that popped up in New York [last year], so I started digging a little deeper” to find out if there are any cat cafes in the United States. He found that although there is a cat cafe in Oakland, and a couple of others are in the works, nobody had a plan to start one in Seattle.

“Then,” Louisa said, “he talked to me and to Matt [Lai, the other partner in the Seattle Meowtropolitan], and we were both very interested, so we decided to go ahead.” 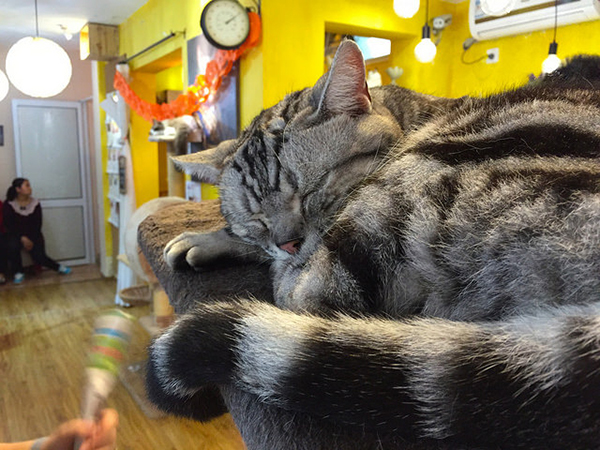 The Seattle Meowtropolitan’s founders want to feature adoptable cats from local humane societies and rescue groups. There are several large cat rescue groups in the Seattle area, but at this time they haven’t established an official relationship with any one organization because details still need to be worked out.

The Seattle Meowtropolitan is still in the planning phase at this point.

“We visited the cat cafe in Oakland, California,” Andrew said. “We talked with the founders and we got some good information and insight into the realities of running a cat cafe.”

“We do plan to have a pop-up cat cafe some time in the near future, maybe in January or February of 2015, to give people a taste of what they’ll get when the cafe opens,” he said. 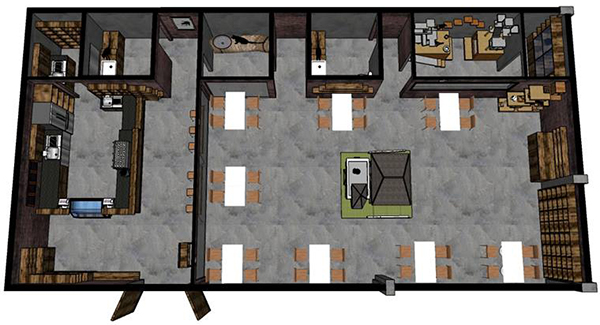 Given the strict regulations around animals and food, I wondered whether the Meowtropolitan’s founders had encountered any challenges with permits. They can’t get permits until they secure a location and create a plan for the layout, Andrew told me. But “I just talked to the food protection director and I found out that as long as it meets the code for the food and drink prep area being separate from the area where the cats are, there shouldn’t be a problem.”

And how do they plan to make the Seattle Meowtropolitan a good environment for the cats and the patrons?

“We have an interior designer who is also a cat lover,” Andrew said. “She loves cats and has worked on a project that’s about ‘catifying’ the environment.” The venue will be filled with structures for cats, with the goal of patrons feeling like the Seattle Meowtropolitan is really the cats’ place.

Even the cafe’s logo and promotional materials, designed by a duo who goes by the name pusspussmeow, are created with cats in mind.

“We’re trying to go with sort of a Puss in Boots fantasy feel (hence the cat with the swords),” Andrew said. “We hope that it will be sort of an escape from reality and that it’ll be all about cats.”

The Seattle Meowtropolitan’s founders are all about keeping it local: Seattle-based Herkimer Coffee is their official roaster, and they found a lot of support when they reached out and began to spread the word about their venture.

“During the process of planning the cat cafe, we’ve really found out that it’s a community project,” Louisa told me. “There are a lot of cat lovers who want this to happen.” 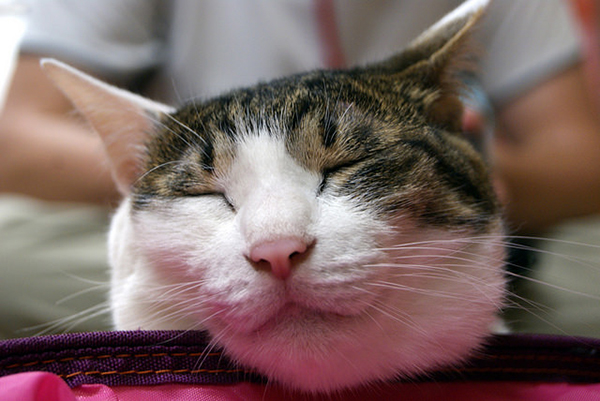 The Seattle Meowtropolitan founders have launched an Indiegogo campaign, through which they are hoping to raise $50,000. But you don’t have to have money to help.

“Anyone welcome to participate. It’s not just dollars and cents; everyone is welcome to contribute in their own way,” Louisa said. 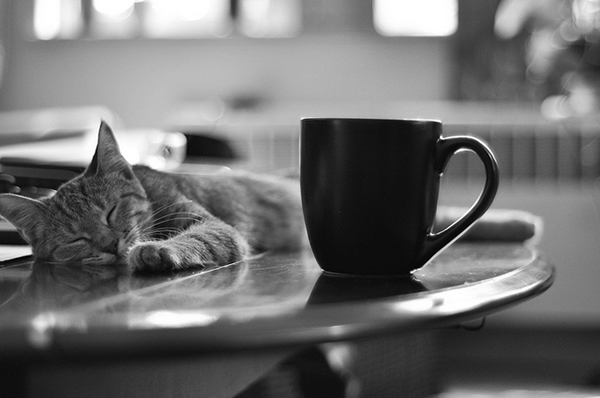 Posted in Interviews, Cats And Culture,