Next on The Scoop: 12 Ways Every Day Is Earth Day for Cats
Confessions

Think your cats will be freaked by a move? Don't be so sure -- our cats adapted wonderfully.

We just moved across the country. After 20 years in the same place and 44 years in the same state, that’s a pretty big deal. In terms of cat care, I was really worried that my cats would be completely unhinged about the move. First, they had to endure a three-day car trip. Second, they had to get used to a new place after many years in one familiar spot. But my cats’ behavior demonstrates how they rose to the occasion, and I dare say they handled the move much better than I did. They not only handled the move, they love the new place. Here’s why.

We have lots of windows in our new place. I think the cats are beside themselves. Better yet, most of the windows have sills, which are plenty big for cats to sit on. My cats will remain indoor cats, but I think they’re going to have plenty to entertain them here. 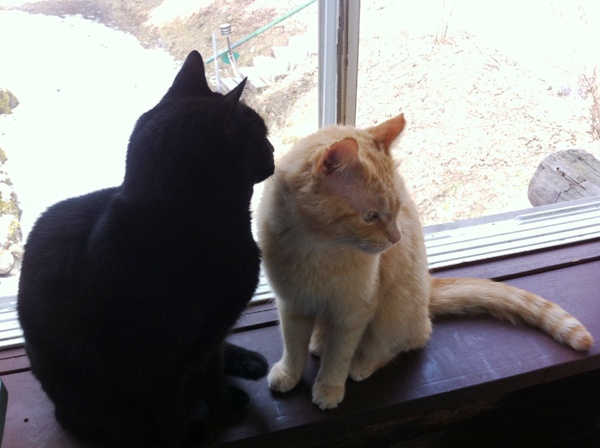 3. They’re getting lots and lots of attention

Perhaps it’s because we’re getting our own feet under us or spending a lot of time in the place, but we’ve been able to pay the cats and dog lots of attention. They love it. I’m trying to make sure each cat gets doses of love and familiarity. When I saw the cats start to do familiar things that they’d done in the old place, I knew things were going to be okay. When Chester started deliberately placing his stuffed catnip pillow toy in doorways or on the bed, just like he always does, I knew we were home. When Rama followed me into the bedroom and looked at me (“Shut the door, mom, I want to snuggle”), I knew that everything was going to be okay — just a new normal. 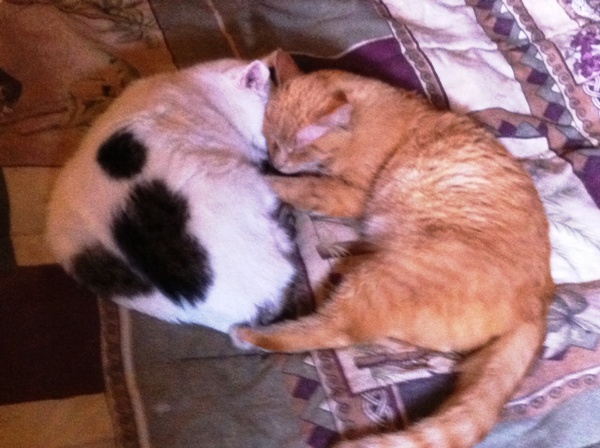 We have let one or two of them sleep with us at night. Our bed is a small air mattress at this time, but I think it’s helping the cats adjust to get some time with us on the bed. They’ve also discovered that they enjoy this bed during the day.

4. Zorro gets a bright room all to himself (for now)

Zorro, our feral rescue who is rapidly becoming tamed, is transforming so well and faster than I ever dreamed. He is very attached to me. He’s in a large room with plenty of windows. I spend a lot of time in that room working, and he jumps in my lap continuously. I’ve been able to handle his paws, clip some claws, and even cut out a few remaining mats. The big bonus is that he loves being brushed and combed. I don’t think this cat could get enough handling. When the time feels right, and it may be a while, I will introduce him slowly. 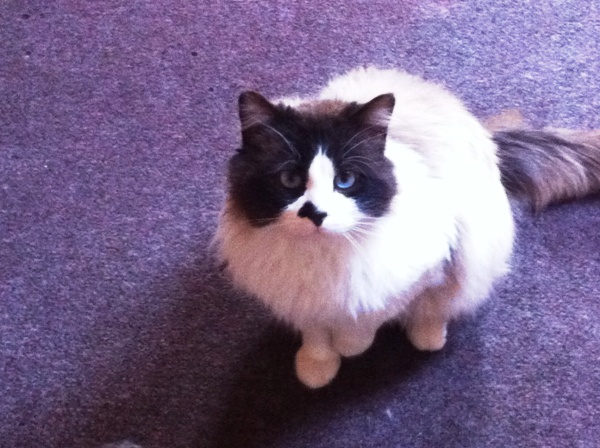 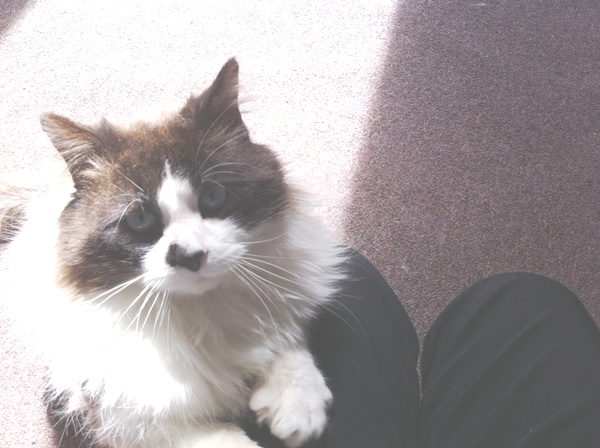 Not only did my cats love the move, but they made the process of moving easier. How so? Well, they’re pretty creative:

These cats and our dog were troopers (read more about our drive here.) They’ve adapted sooo easily. I’ve decided it must be meant to be.

How have your cats been troopers? Have they ever surprised you with how smoothly they’ve handled a situation? Share your thoughts in the comments!