Next on The Scoop: Our Monday Miracle Is Mr. Miles, An Advocate for FIV+ Cats Everywhere
Cats in Science

The Science Behind the Fur: What Makes Black Cats Black?

Are they just tabbies in disguise? Why do they sometimes "rust?" Get your geek on with me as I explore the science behind my favorite felines.

It’s no secret that I love black cats. I’ve railed against the injustice of anti-black cat prejudice and pondered why people still believe the ridiculous myth that black cats are bad luck. I’ve shared my stories of black cat love and encouraged people to share theirs. But the one thing I’ve never done before is talk about the science of black cats. That changes today. Check out these seven facts surrounding genetics and other science facts of ebony kitties and their giant-size cousins. 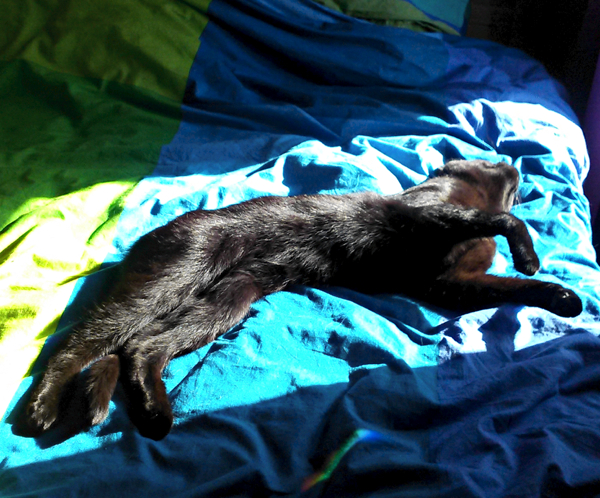 1. In order for a cat to be solid black, both of its parents need to have the black color gene

The color gene — called an allele — for black is known as B. It is dominant to other variations of the gene, known as b and b’, which produce chocolate and cinnamon colors. Keep in mind, though, the ultimately dominant cat fur color pattern is tabby. So for a cat to be solid black, it must also carry a recessive gene known as a non-agouti (a), so that the tabby pattern doesn’t appear. Cats who have the dominant agouti gene will retain the tabby pattern. Which brings us to our next point.

2. Some black cats are tabbies in disguise

If a cat has the black allele but the expression of the tabby gene isn’t completely repressed, you might be able to see ghostly tabby stripes on your black cat. In these cats, you might see tabby stripes on the tail or legs, or the classic “M” pattern on the head, if she’s sitting in the bright sunlight.

Heavy exposure to sun can cause a black cat’s fur to change to a rusty brownish color. Another reason your cat might look rusty in normal lighting conditions is a deficiency in an enzyme called tyrosine. Tyrosine is required for the creation of eumelanin, the pigment that makes your cat’s fur black. If your black cat is rusty, talk to your vet about this possibility and whether it would be safe to give your cat a tyrosine supplement to see if she blackens up again.

4. Black cats can go gray as they age

Like humans, all cats sprout white hairs as they age, but it’s more obvious in black cats. This is a natural phenomenon and nothing to be worried about. Some cats start going gray earlier than others, but it’s very unlikely that your cat will go completely gray. 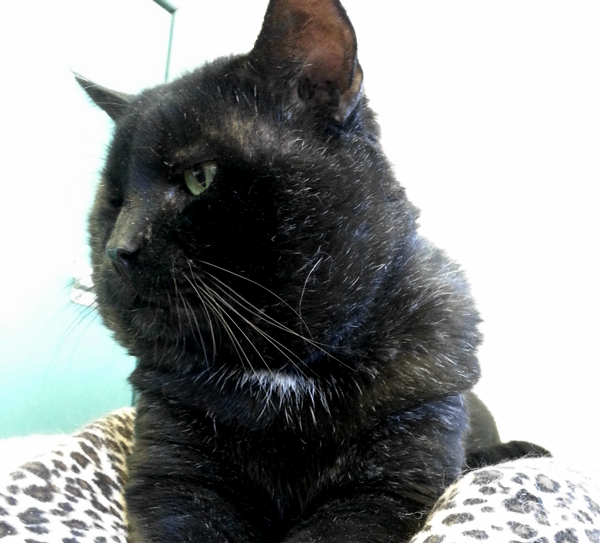 5. The big cat we call a panther is actually two different cats

Panthers in the Americas are melanistic (black-coated) jaguars, while panthers in Africa are melanistic leopards. If you look at either of these cats, you’ll see shadows of the usual markings — spots on a jaguar and rosettes on a leopard. 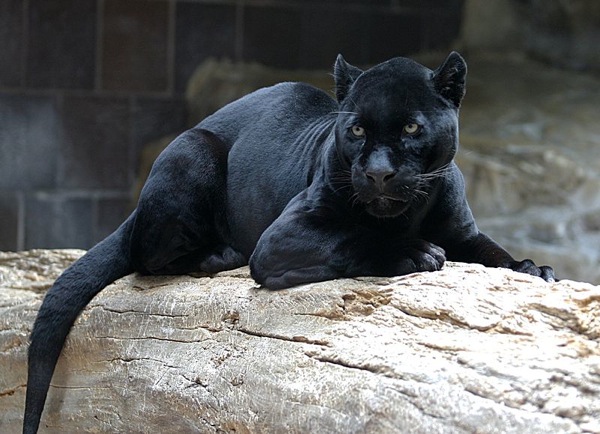 Research by the National Institutes of Health is showing that genetic mutations found in black cats seem to make them more resistant to illnesses such as feline immunodeficiency virus, or FIV. The work is nowhere near complete, but the agency’s work with black domestic cats and jaguars does show some promise — not just for FIV treatment but for HIV treatment, too. 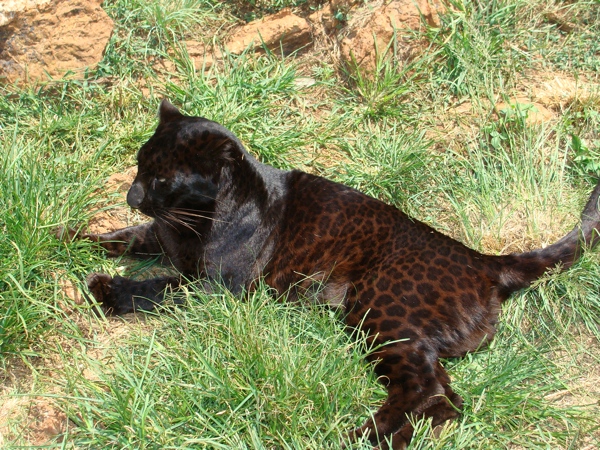