Next on The Scoop: Are These Myths About Healthy Cat Food True or False?
Behavior 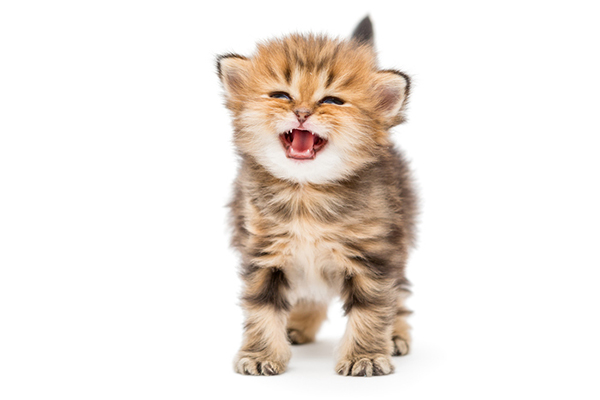 Which Cats Meow the Most?

What factors play into which cats meow the most? Do age, breed, gender and personality influence a cat who's more vocal? Let’s take a look.

Ah, the meow: that most classic of cat sounds — other than the purr, of course. But generally speaking, cats don’t meow to communicate with one another. They do that with their body language and scent marking more than with their vocalization. The meow is mostly a tool for communicating with us rather obtuse humans, who may not be as clued into their body language as their fellow felines.

But which cats meow the most? Let’s break it down by breed, sex and age, and find out.

Do certain cat breeds meow more than others? 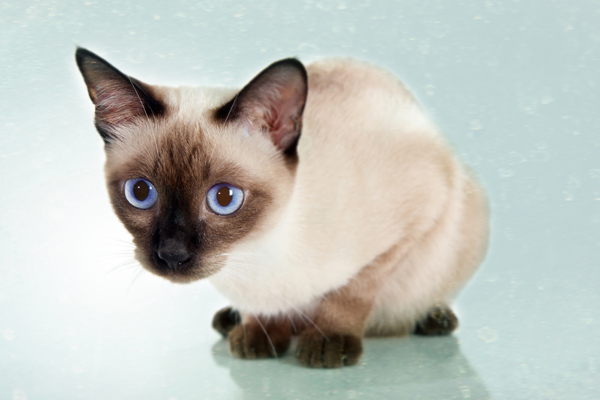 Siamese cats are known to be more vocal than other cat breeds.

The Oriental breeds — Siamese, Tonkinese, Oriental Shorthair and even the Singapura — are known to love the sounds of their own voices. They sing for their people, and their sometimes ear-splitting yowls and meows are apparently for their own joy, too.

But they’re not the only ones. The gentle-giant breeds, the Maine Coon and the Siberian, love to share their love through a seemingly endless vocabulary of chirps and chortles. The Japanese Bobtail and the Turkish Angora are known to be chatterboxes, too: their chattiness is soft and sweet, much like that of the Maine Coon.

There’s no rule of thumb about whether male or female cats are louder or more talkative. In my household, all of my cats are talkers, and I have two females and a male.

That said, intact cats of either sex can be very vocal. Female cats in heat make a variety of noises, some of which even sound like cries of suffering, when they’re calling for mates. Male cats in search of mates can be pretty noisy, too, not to mention the yowls and screeches of the fights they get in when competing for the attention of a female.

Does age play into which cats meow the most? 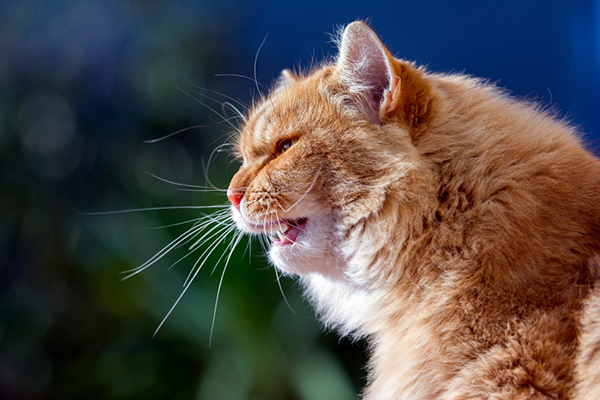 Kittens meow quite a bit, but their cries are tiny and cute. They are meowing to communicate with their mother. When they’re vocalizing, that means they’re hungry or otherwise uncomfortable, which is why mama cat shows up when she hears her kittens calling her. For her part, the mother cat will also meow at the kittens, mostly in calming chirps and trills.

Mother cats will also meow if they have prey for their kittens. I call that the “Dinner’s ready” meow, and it’s a very particular sound: a trilling call that’s muffled by the prey in her mouth.

Cats get more vocal again as they reach their senior years. If your senior cat starts vocalizing excessively, it could be a sign of an illness like hyperthyroidism. Senior kitties also meow if they get lost or confused; declining eyesight and the possible onset of dementia might make a cat feel afraid, which will cause them to meow for help. If your senior cat starts vocalizing a lot, that’s cause for a trip to the vet.

How felines use cat meowing to communicate with people

As mentioned, we humans can be pretty dense when it comes to understanding the subtleties of feline body language, so our cats treat us like kittens and express their wants and needs with meows. My cats, for example, sing for their meals. They make an endless chorus of chirps and trills as I prepare their food and set it down for them to eat. They also chirp if they want to get on my lap, and they call for help if they get stuck in the closet or locked in a room.

Cats who are comfortable with people — and not utterly terrified by their circumstances — may cry for help if they’re injured or lost. When my cat, Dahlia, got out of my apartment and was injured in a fight with another cat, she meowed when I called her name. I was able to locate her hiding place because of her cries and get her to the vet for medical attention.

So, which cats meow the most, in your opinion? Do you agree with what’s written in this post? Do you have a cat who meows a lot? Why do you think they do that? Please share your meows — er, I mean, thoughts — in the comments!

22 comments on “Which Cats Meow the Most?”