Next on The Scoop: Why Is My Cat Vomiting? The Top 6 Reasons
Catster Magazine 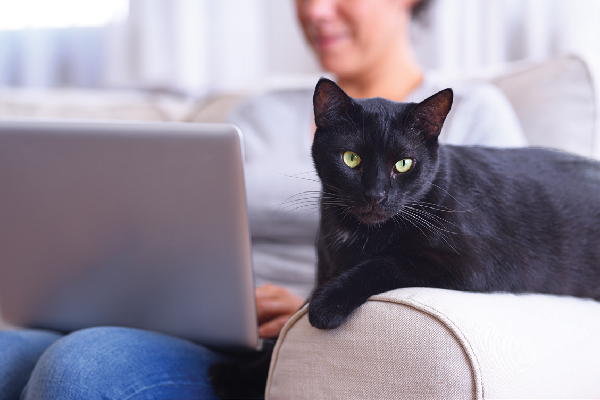 What If Your Cat Isn’t a Lap Cat?

Does your cat love you even if she isn't a lap cat? And why are some cats lap cats while others avoid lap snuggles at all costs?

Although certified cat behavior consultant Marilyn Krieger’s cats are lap cats, they didn’t all used to be. Marilyn, who clicker trained her two Bengals and Savannah, has an early generation Bengal who was not a lap cat when she was younger. So, what if your cat isn’t a lap cat? Let’s look into what makes cats lap cats … or not! Age might be a factor in determining if a cat is a lap cat or not. Photography by vladans/Thinkstock.

Age can be a factor, because while they’re young with high energy levels, they may be more interested in running around and exploring their territory than relaxing on a lap. Some cats become lap cats when they lose some of their athletic ability as they age. They might feel more vulnerable when they’re older and will seek security by sitting on a trusted human’s lap.

2. A cat’s backstory comes into play

It could have a lot to do with their history, Marilyn says. All cats have their own history which influences how secure or insecure they feel about socializing and lap sitting, she explains. For example, a cat may have been raised in an environment that included a lot of handling and petting. Others may have had little socialization and, as a result, will end up more fearful of humans. “Years ago I rehabilitated a feral cat I trapped,” Marilyn says. “It took one year until he felt comfortable enough to venture out from under the couch, another year until he let me pet him and then finally, about three years after I trapped him, he sat in my lap.”

Some cats might never become lap cats, because that’s just their personality, and that’s OK. “Some show their affection sitting next to you. They want to be near you but don’t want to sit on your lap,” Marilyn says. Just as we all have our preferences and love languages, if you will, cats also have their preferred ways of showing and receiving affection. So far, my cat Sophie is not a lap cat, but she gets brushed five times a day because I’m convinced that being brushed is her love language.

Tell us: Are your cats lap cats — or do they show their affection in other ways?

Susan Logan-McCracken is an award-winning author and editor who shares her home with her husband and two red tabby domestic longhairs.

The Power of Play