Next on The Scoop: Stella the Cat Weighs in on Cat Superstitions
Obsessions 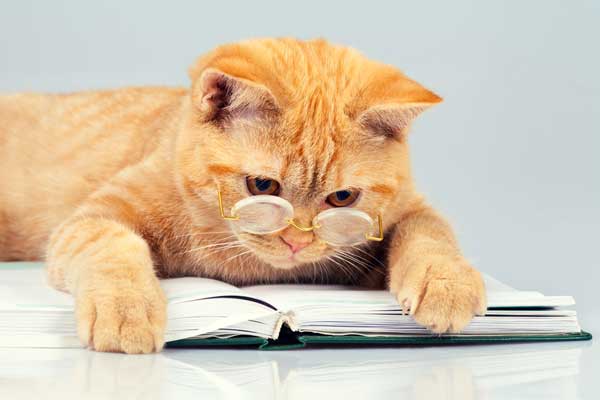 Music and Books for Cat Lovers

Need some soothing tunes or a good read? Check out our list of music and books for cat lovers!

Rescue Me! A Cause for Paws music album.

Released on April 29, which was National Adopt a Shelter Pet Day, Blue Night Records’ Rescue Me! A Cause for Paws album is a labor of love for rescue animals. The project has had one driving purpose: to support the furry creatures who enhance our lives with love and loyalty. The result is a 12-track compilation album of Americana music featuring songs that are thought-provoking, uplifting, engaging and downright funny. All of the tracks on the album were donated to the project by the songwriters and performers. Here’s just a sampling of what you’ll hear: Barn Cat, by Mary Ann Kennedy; Get a Dog, by Annie Lalley; Cattitude, by Effron White; and The Best Dog, by Amy White. Blue Night Records has pledged to donate all of its profits from Rescue Me! sales and CD downloads to animal welfare organizations.

If you’re a fan of cats and Star Trek, have we got a treat for you! Illustrator Jenny Parks has created a vivid homage to the original Star Trek series with an irresistible twist: a cast of cats! This feline take on beloved characters and scenes — whether it’s Kirk in the captain’s chair or Spock offering his Vulcan wisdom — stays true to the tone of the iconic franchise. And the illustrations are laugh-out-loud funny — from the opening image of a cat napping on a pile of Tribbles to the entire feline crew lounging on the bridge. $14.95. Chronicle Books; chroniclebooks.com.

You may have already seen some of these feline adventurers in the pages of Catster. Well, get ready to meet some more! Written by Laura J. Moss, the founder of adventurecats.org, this book reminds us that cats are capable of so much more than napping. You’ll meet amazing felines like Nanakuli, the one-eyed cat who likes to surf; Jesper, who trots alongside his person as she cross-country skis; Floyd the Lion, who scales the red rocks of Utah; and Bela, the Brooklyn kitty who loves urban exploring. Think your cat might be an adventure cat? There’s a quiz to help you find out along with tips to bring some of the outdoors to an indoor cat. $14.95. Workman Publishing; workman.com.

One comment on “Music and Books for Cat Lovers”