Next on The Scoop: Leaving My Cat for 16 Days Helped Our Relationship
Humor

10 Reasons My Cat Won’t Look at My Baby

She seems fine with having the new baby in the house, but she won't look at him. Ever.

We brought a baby home three months ago, and after a curious sniff of the assorted baby gear and the boxes it came in, my cat has virtually ignored the baby. She won’t even look at the baby. Even when I pick her up and hold her head in the direction of the baby, she suddenly finds something really interesting right over to the left there.

But why won’t my cat look at the baby? 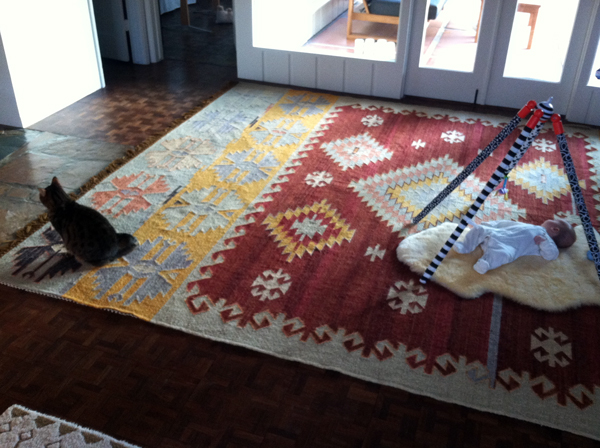 1. The cat thinks the baby is a Decepticon and will devour us all if she looks directly at the nuclear diode implanted in his retina.

(Sometimes my cat watches TV with me.)

2. She thinks the baby is a bunny.

(She had a bad experience with a bunny.)

3. She thinks if she doesn’t look at the baby for 100 days he’ll disappear, like he’s a hobbit or something. 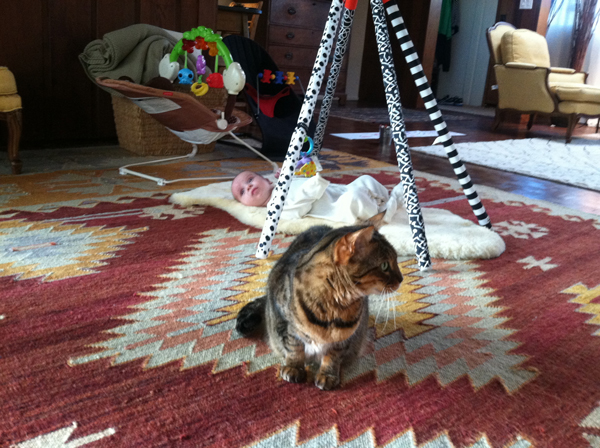 4. She thinks if she looks directly at him then she’ll have to take care of him forever.

(Well, that’s sort of what happened with us.)

5. She thinks he’s a big-headed Bloodranger from the planet Kellik who’s come to take her soul back to the eternal prison on planet Zswigalph.

(More TV — though the baby does have a biggish head.) 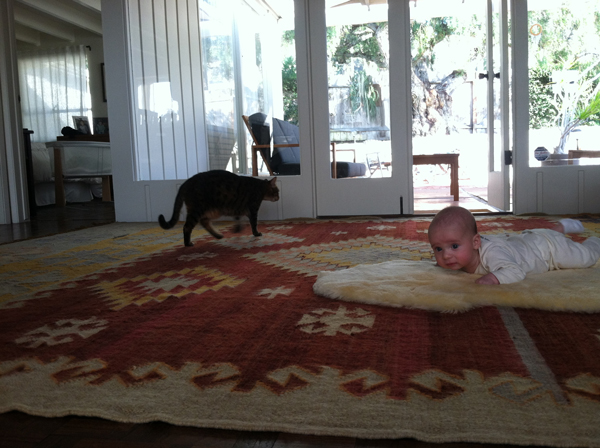 6. She thinks the baby will multiply if she shows any interest.

(She could be right; he’s our second child.) 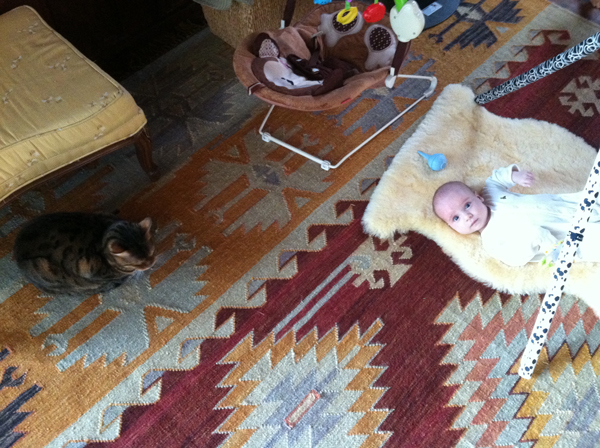 8. She thinks the house will blow up if she looks directly at the baby.

(She also thinks the house will blow up if she lets us sleep past 6 a.m.)

9. She can’t believe what’s going on in that diaper.

(And I can’t believe what’s going on in that litter box.) 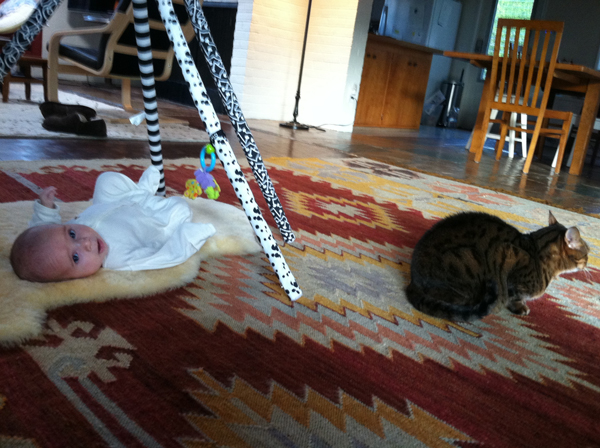 (She did this when we tried to switch to a healthier dry food, and, well, it works. Not a bad strategy, all things considered.) 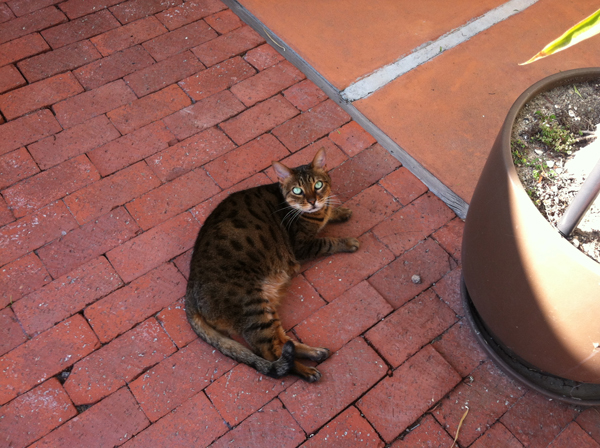