Next on The Scoop: Should I Adopt a Black Kitten Who I Spent Two Weeks Rescuing on a Brooklyn Rooftop?
Wild Cats

The 5 Rarest Wildcats on Earth

You probably know lions, tigers, and leopards, but these guys are a bit off the beaten path.

A lot of money and energy is directed toward conservation of large cats. It should be, because the decimation of these noble predators is one of the greatest shames on humanity. But small wildcats are just as threatened by the perfect storm of habitat destruction, human population expansion, and climate change. Here’s the status of the five rarest cats on Earth. 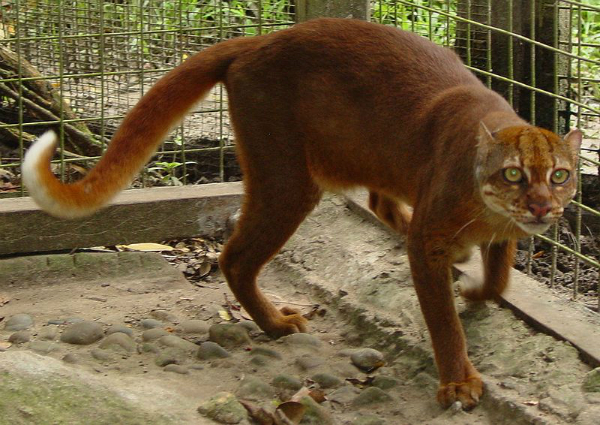 The bay cat (Pardofelis badia), found in the rain forests of Borneo, was photographed in the wild for the first time in 2003. Recently, a wildlife game camera caught a photo of one of these incredibly rare cats. The bay cat is listed as endangered, with a population presumed to be less than 2,500. The main threat to this tawny coated cat, which is about the size of a house cat, is the rampant deforestation of its island home. 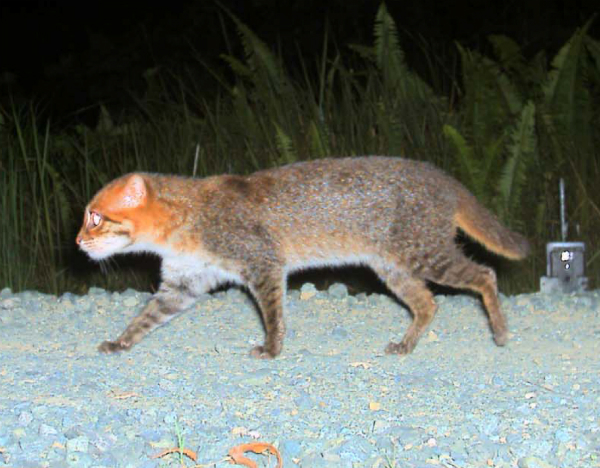 The flat-headed cat (Prionailurus planiceps) is found in tropical rainforests in the lowlands of Thailand, Malaysia, Sumatra, Sarawak, and other islands. It’s smaller than a house cat, weighing three to six pounds, and it seems to live mostly if not entirely on fish. Deforestation and degradation of wetlands have left the flat-headed cat with a very limited range and threatened its main food source, which has led it to be named an endangered species. 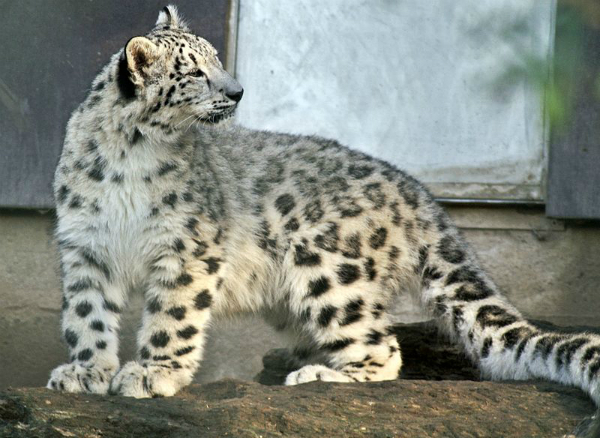 I saw one of these creatures a few years ago during a visit to the Woodland Park Zoo in Seattle. The snow leopard (Panthera uncia or Uncia uncia) lives in the highlands of central Asia. Adult snow leopards stand about two feet high at the shoulder. In the wild they typically eat musk deer, marmots, pikas, and small wild sheep. The snow leopard is endangered because its fur is a highly valued on the black market and because of human encroachment on its habitat. 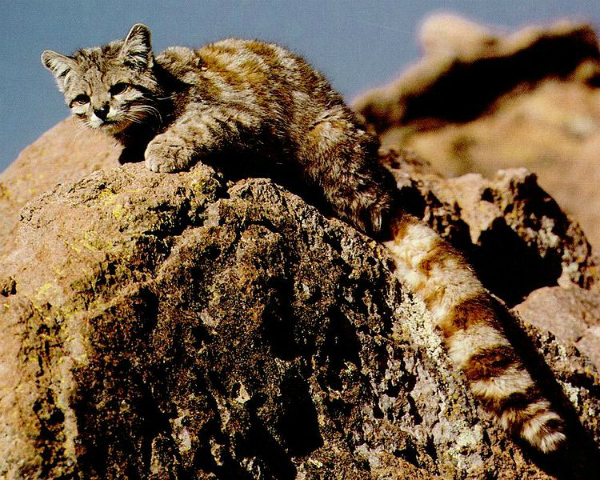 The Andean mountain cat (Leopardus jacobita) is so rarely sighted that researchers can only guess at its territory range: At this time it’s thought that the cats live in the high Andes mountains of Bolivia, Peru, Chile, and Argentina. The mountain cat is about the size of a house cat, standing about 14 inches tall at the shoulder and weighing about 12 pounds. The Andean mountain cat is listed as endangered because of habitat loss from mining and water extraction, as well as degradation of habitat through unsustainable agricultural practices and human population expansion. 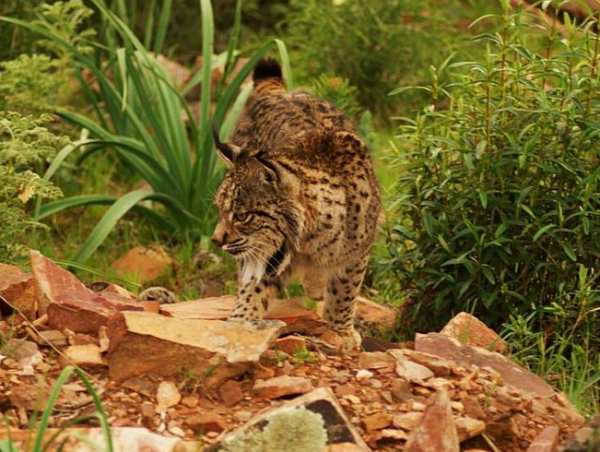 Although many wildcats are endangered, the Iberian lynx (Lynx pardinus) is the only wildcat listed as critically endangered. The Iberian lynx stands 24 inches to 28 inches high at the shoulder and sports tufted ears and a stubby tail. In the mid-19th century, this cat was found all across Spain, but by 2003 its population was limited to two tiny pockets in southern Spain. One reason the Ibearian lynx is critically endangered is because it feeds almost exclusively on rabbits and is unable to vary its diet much, and epidemics of disease among rabbits have rendered its food source very scarce.

What other super-rare cats do you know of? Do you support or work with small wildcat conservation groups? Share your thoughts in the comments.