Next on The Scoop: Sheldon Suffered a Broken Face, But Now He Has a Playful Smile!
Let's Talk

Do You Ever Wish You’d Given Your Cat a Different Name?

Names are important, but they don't always fit -- I'd change two of my cats' names if I could.

You know how some people’s names just fit them to a T? For example, I’ve known a Mitzi, a Frank, and a Jonathan, and they all looked like their names — at least to me. Cats are the same — I’ve known cats who were extremely well suited to their names. Some people name their cats based on their fur color or body shape, so it makes sense that a “Smokey” or a “Fluffbutt” would resemble her name. And then everyone I know has about a bazillion nicknames for their cats, rarely calling them by their given names. 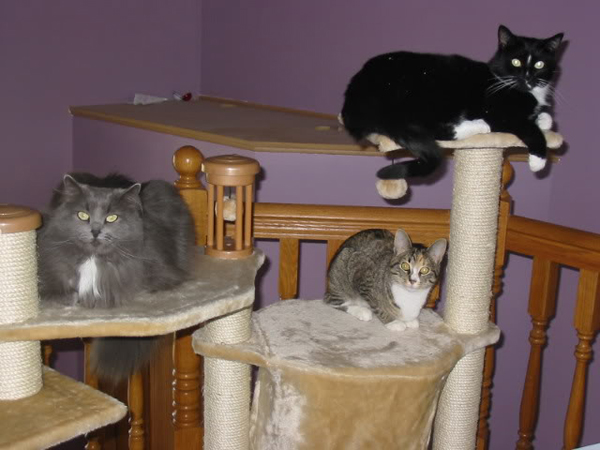 I sometimes look at my three cats and wonder if I could go back and do it all over again, if I’d change their given names. I think I might — at least for two of them. 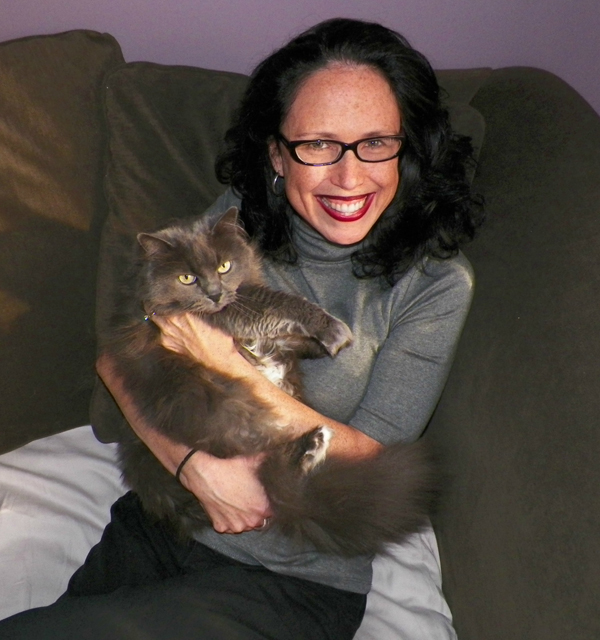 We named Saffy after Edina’s cynical bookworm daughter in the British comedy Absolutely Fabulous. We liked the name and especially liked calling her “Saffy Dahhhling,” trying to imitate Edina’s drunken drawl. As time passed, Saffy revealed herself as a bit of a simpleton — full-figured and gorgeous, but not much happening upstairs. She really was nothing at all like Saffy from Ab Fab. 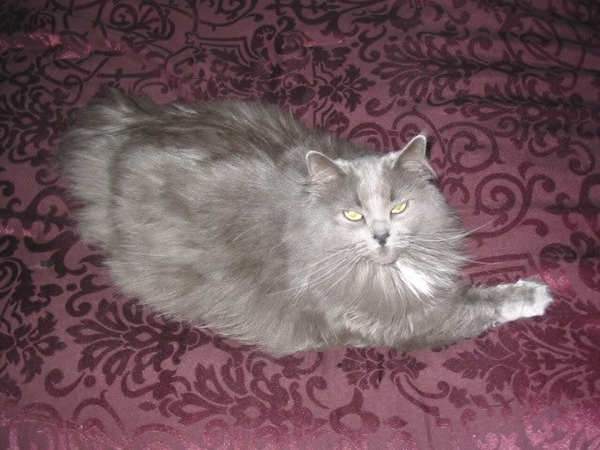 We soon began giving her nicknames like Hippo, Large Marge and Pickle — in a very endearing way, of course. We sometimes call her by her real name, but not usually. I think if I were to officially rename her, I’d go with something like Madge, Marge or Margaret, all versions of Large Marge. I kind of like Madge and occasionally call her that. At Christmas, we called her “The Gift of the Madge-i.” She really is a gift, isn’t she? 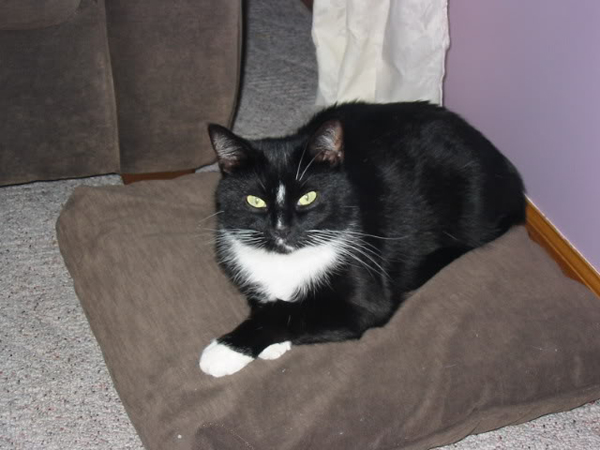 Cosmo’s name came from the character of Kramer in the TV show Seinfeld. Cosmo Kramer was a wacky, eccentric sort, and when Cosmo was a kitten, he was kind of goofy like that. As he aged, he became less like Kramer and more like Jeeves. He always looks completely serious and his permanent tuxedo enhances his proper persona. 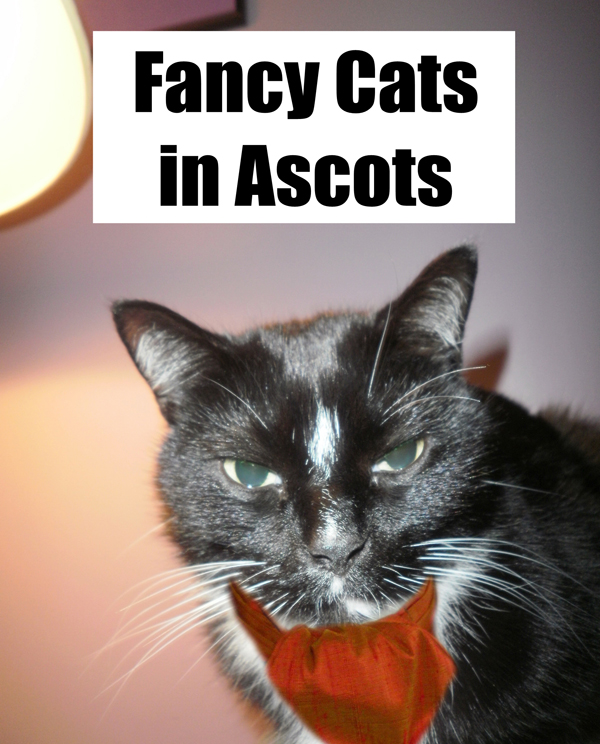 He’s sported nicknames like Cosmopolitan and Fine Sir. In recent years, some of my friends and family have taken to calling him Mr. Montgomery. In fact, for a very short time he had his own Facebook account under the name of Cosmo Montgomery. If I were to go back and change his name, I think Mr. Montgomery would be the winner. And come to think of it, Mr. Montgomery would have been a hysterical name for a tiny kitten. 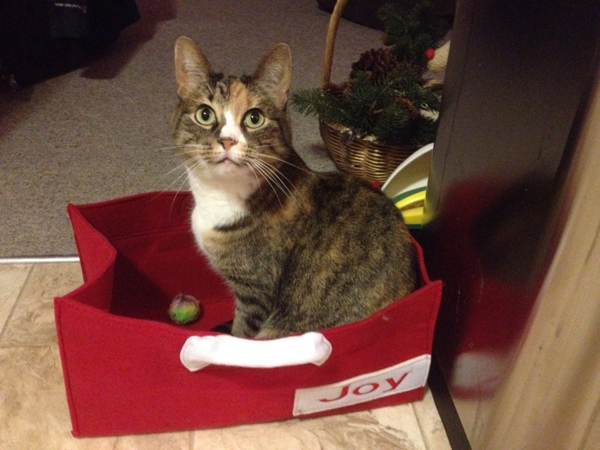 We researched a bit before we named Phoebe. Eventually we settled on the name Phoebe because it means “bright or pure.” It’s also the name of a Greek goddess, associated with intelligence. She grew into a little firecracker, definitely the most intelligent cat we’ve ever met. She’s only 6.5 pounds, but reigns supreme over the other two. She bores easily and requires a lot of attention. 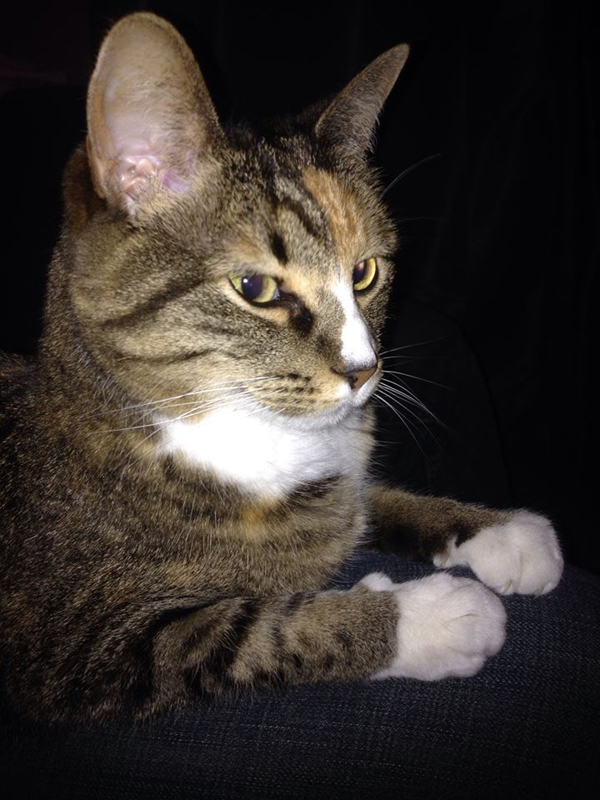 Over the years, we’ve given her nicknames like Bunny because of her rabbitty-soft fur, and Tater Tot because of her small size, but Phoebe is really the perfect name for her and I’d never change it.

If you could go back and rename your cat, would you? Tell us in the comments!