We Chat With Owen Mundy About His Controversial Site, “I Know Where Your Cat Lives”

He uses cat pictures found online to map where a million cats live -- is your cat among them?

Do you know where your cat is? Like, right now?

If you’re like me, you probably need to know exactly where your cat is at all times of the day. When it comes to Mimosa, I call it cat coordinates — is she sitting in the living room window, nestled under her favorite Scandinavian woolen blanket, or attempting to claim the new kitchen cart as a cat tower? It is always imperative to know. 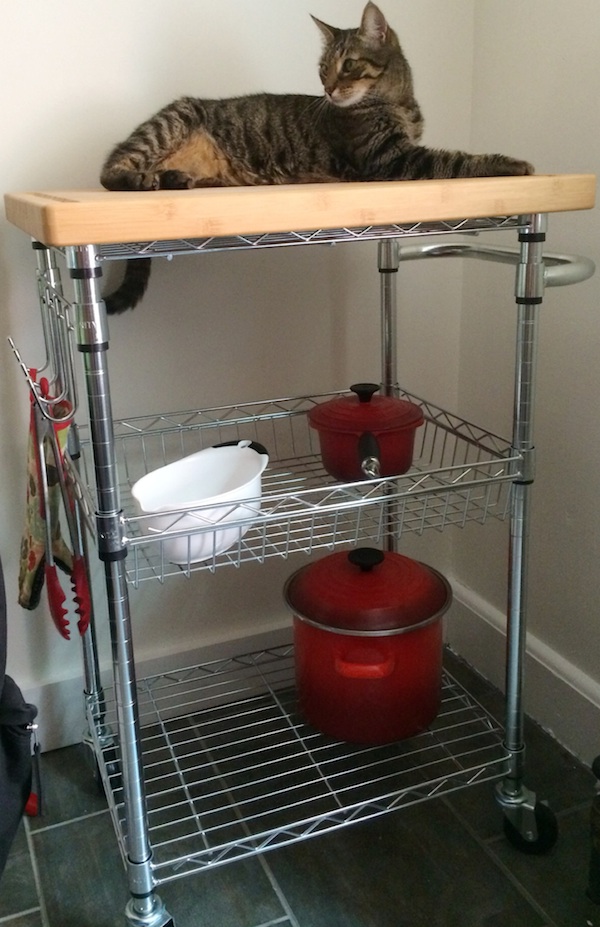 Last month, the idea of mapping cats was elevated to a grander scale when Owen Mundy launched I Know Where Your Cat Lives, a website that uses 1 million images of felines on public image hosting websites and plots them around the world based on the images’ metadata. 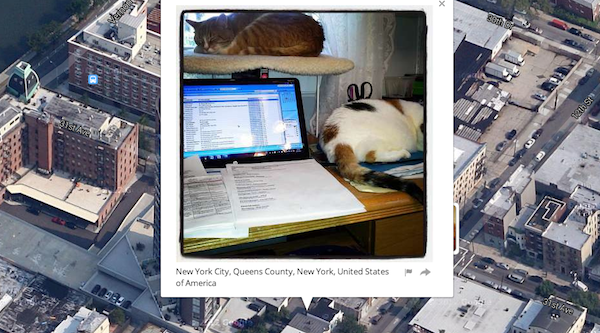 The website is a fun distraction if you just want to look at images of random cats — or try to find your own feline. But as Owen, who specializes in studying the relationship between public space and data, told me when I spoke to him for an interview, there’s also a more sinister undertone to the project: It raises issues of privacy and the way we often sign up to share information we perhaps don’t want to. Consider this your primer on knowing precisely where your cat is. 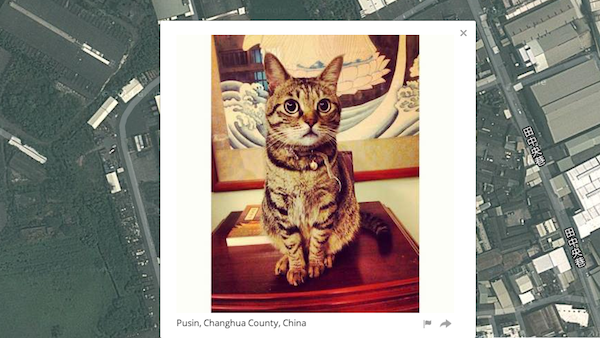 What prompted the idea for I Know Where Your Cat Lives?

I was using Instagram to photograph my three-year-old, and one day I realized that the app had been recording and embedding the geographic coordinates in my backyard. I thought, “I don’t recall being asked by the app if I wanted to share this data.” It was a creepy experience that I wanted to translate in a way that was equal parts scary and fun, but technically harmless. 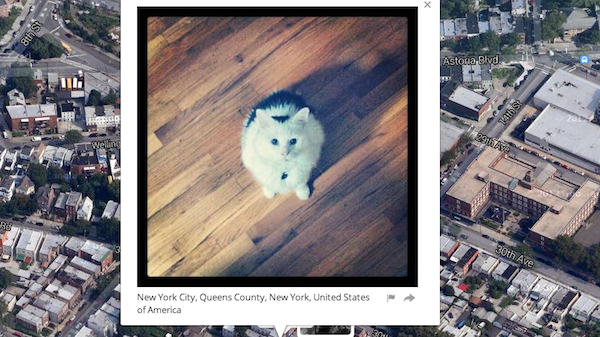 Why did you chose to base the project on cats?

Using photos of cats seemed like the best way to bring the issue, because they are so popular on the Internet and they are in a way surrogates for our kids.

How many of the cat photos have you actually seen yourself?

Thousands! My favorites are the ones where the cats seem to be hiding, which is a natural occurrence, but it takes on new meaning here. 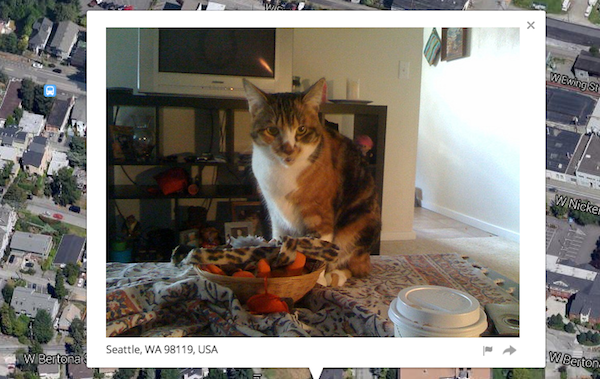 Did you have any preconceptions about what you’d discover?

I seriously didn’t expect to find so many cats. 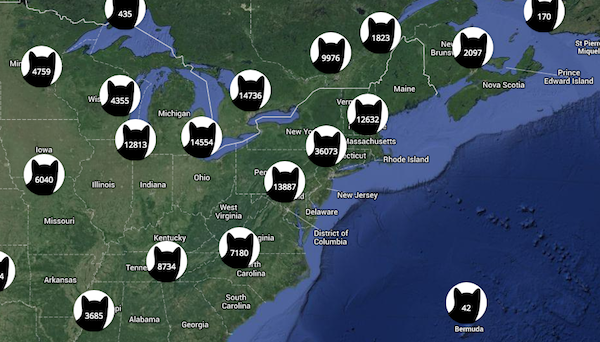 What’s the most surprising trend you’ve discovered since the site launched?

The only person who knows it’s your cat is you and it’s easy to remove your cat from the map — you just increase your privacy settings on the photo-sharing website. It’s so easy to get your cat off the map no one has complained. I think a lot of people appreciate how tangible it makes the privacy issue because of the creepy factor, while on the other hand it offers the data in such an enjoyable way that I’ve actually had many requests from people to add their cat to the map!

Do you have any theories about why there are more cats (or cat pictures) in California than New York?

The charts page shows a very specific data set. It’s not really good for determining the actual number of cats in a country or state. The data is only a sample of photos that are shared publicly, that are tagged “cat,” contain geo-data, and don’t account for the population of geographic areas. So they’re really a measure of access and privacy expectations.

They show us developed economies where there is easy access to smartphones, [and where there is] enough wealth that people have the spare time to photograph and upload pictures of their pets. And it tells us somewhat about the importance of privacy (or not) to users in those areas.

So what’s the main lesson you’d like people to gain from I Know Where Your Cat Lives?

The biggest goal I can imagine would be that this inspires people to take a bigger role in citizenship and voting and creative activity in everything.

Do you have any plans for any more cat-based projects in the future?

It’s hard to say. It definitely will be an option though.

Read more about cats and tech: