Next on The Scoop: I Choose Outfits for My Cats From Retro Clothing Catalogs
Obsessions

The game from Japan that involves attracting cats to your yard now has an English version.

It was originally created in Japanese by developer Yutaka Takasaki for Hit-Point in 2014. The English version of the game was released in late 2015 for iOS and Android. 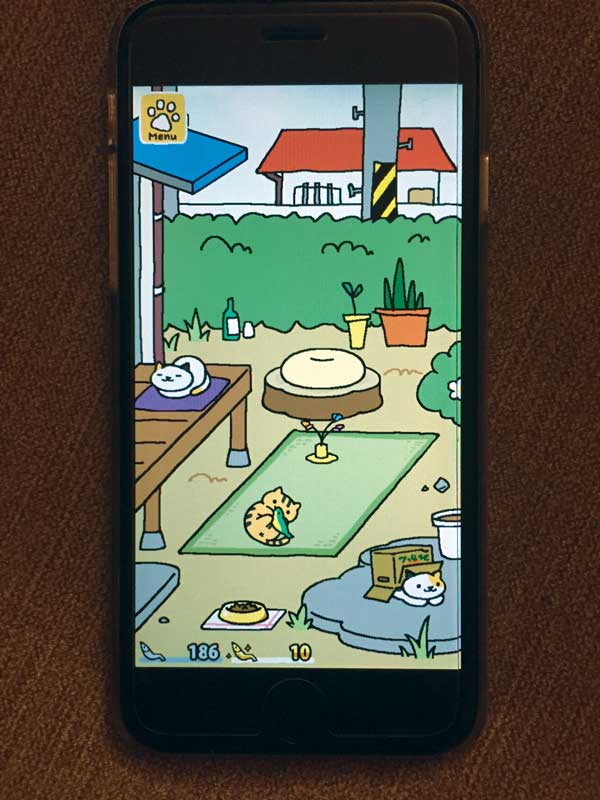 The goal is to attract a variety of stray cats to your virtual yard by purchasing food, toys, and furniture. You can watch the cats in your yard, take photos of them (which can be saved in a photo album), and receive gifts from them.

When the cats leave your garden, they’ll leave you gifts of either silver or gold fish, which can be used to purchase new goodies — which can be simple objects such as a paper bag or a clay pot, or something really snazzy such as an Art Deco cat tree. The cats might also leave mementos — I’m still a bit new to the game, but I’ve already received a flowered collar, a jingle bell, and a shiny acorn. 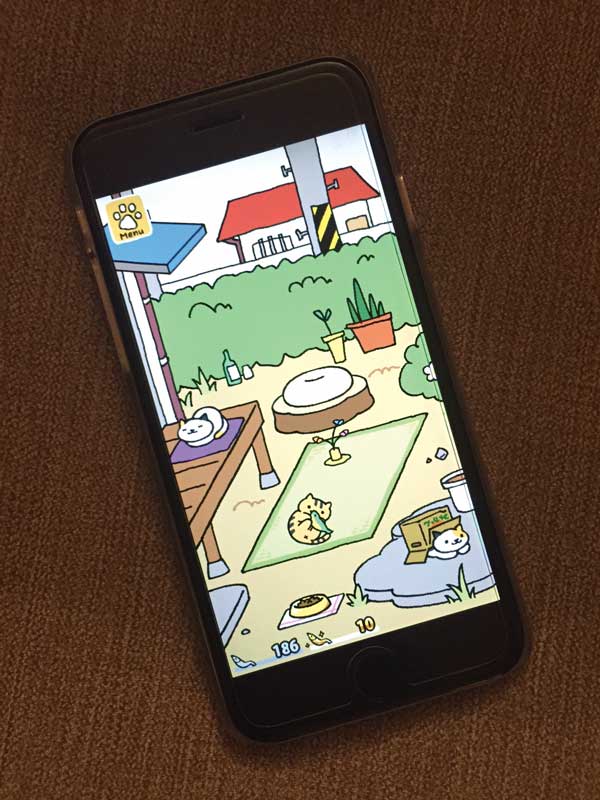 So far, I have 31 of the 49 cats available. Each cat has a name and personality. For example, Sunny (who has visited me 25 times) is mischievous and enjoys teaser toys and soccer balls. Then there’s Rascal, who has a “selfish” personality, enjoys playing with a red rubber ball, and has visited me only once. Of the 49 cats, 17 are considered “rare” or “special” and will appear only if certain items are placed in your yard.

It’s a fun, cute game, and I enjoy seeing who shows up in my yard every day. Now I’m just trying to save up enough fish to buy the cats a yard expansion.

Have you played Neko Atsume? Are you hooked?