Meet the “King of Cats” From Celtic Folklore

The Celtic people produced a wealth of intriguing folklore. As a person of Irish descent and someone who has a great curiosity about history, I take a great interest in the stories and characters passed down by the Celts. My interest was piqued further when I learned about the rich folklore surrounding a cat-based creature known as the Cait Sidhe in Ireland and the Cait Sith in Scotland. Both are pronounced “caught shee” and translated as “fairy cat.”

The Cait Sidhe were spirit-realm-type creatures who took the form of large black cats, with a spot of white on their chests. For the most part, the Cait Sidhe were seen as fearsome, but they were also capable of bringing blessings. Here are some of the tales about them as well as where they show up in cultural events and what their origin might be.

1. Irusan, King of the Cats

Long ago lived a Irish poet named Senchan Torpeist, who was so known for his ability to roast people with his rhymes that even William Shakespeare wrote about him. Shakespeare noted that when Senchan began to criticize some mice on his kitchen table with his poetry, they all dropped dead from shame.

On one occasion, Senchan was called to visit (human) King Guaire. Senchan found fault in everything that the king offered him to eat. The only thing that Senchan agreed to eat was an egg, but before he could do so, a rat came and stole the egg away. This act of theft infuriated Sechan so much that he began to use his poetic skills to criticize all of the cats of the land for not ridding the area of rats — including (and I do believe he was mentioned by name) KingIrusan, the king of the cats. 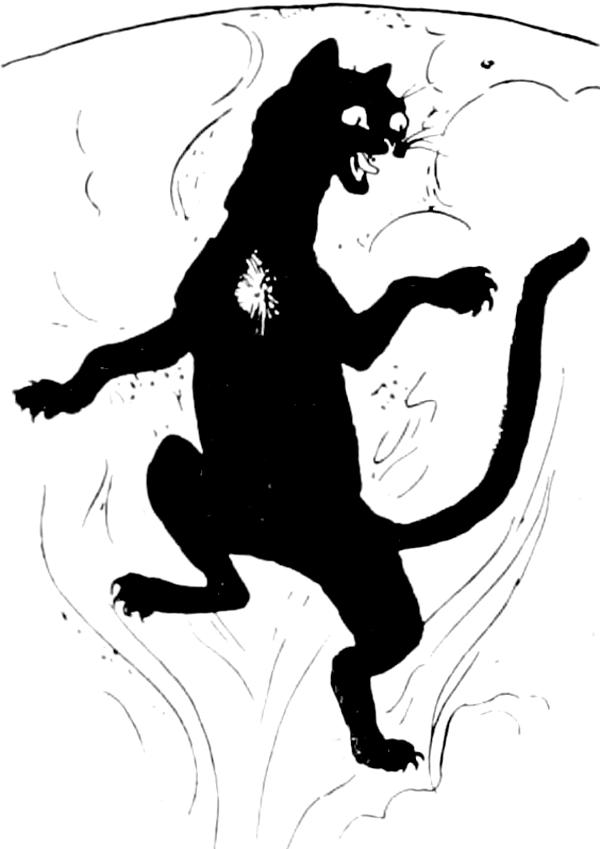 Immediately, King Irusan appeared, ferociously making his way past King Guaire’s guards. Those who were there described him as being the size of bull, with teeth bared, and long, sharpened claws. Irusan scooped up Sechan with every intent of taking him back to his lair for some criticism of his own, but he was stopped by St. Kieran (known as the first saint born in Ireland). True to form, Sechan then turned his rhymes against St. Kieran for intervening.

A farmer was returning home from his fields one night when he was met by a very unusual funeral procession. Eight cats carried a coffin draped with a royal shield, followed by an entire parade of cats chanting about the king of the cats being dead.

Intrigued but not frightened, the farmer went into his home and immediately told his wife what he had seen. He told her about all of the cats, the coffin they carried, and the chant about the death of the king of the cats. As the story ended, the farmer’s cat, who had been sleeping nearby, suddenly sat up and said, “Old Tom is dead? Then I must be king!” With that the cat disappeared up the chimney, never to be seen again.

Cait Sidhe could take the form of a witch with the ability to change into cat form. Witches with this ability were able to to change from human form to cat form only eight times. They could choose to transform into a cat a ninth time, but then they must remain a cat forever. This legend could be the reason that cats are said to have nine lives.

It was believed that Cait Sidhe could steal the soul of the dead before the gods could claim it. Therefore, the Celtic people did everything they could to distract Cait Sidhe from passing over the body of the dead prior to burial. Day and night the body was guarded during a Feille Fadalach or “late wake.” Many of these distractions played to Cait Sidhe’s cat-like nature.

On the night of Samhain (pronounced SAU-wen, the holiday that we know as Halloween), everyone was to leave a saucer of milk for the Cait Sidhe. When the Cait Sidhe came by your house, he would leave either blessings as a thank you for the treat or a curse on your cows because you didn’t leave him the treat.

Taghairm was an evil practice most recently observed in May 1824 as recorded by the London Literary Gazette. It was believed that a demonic Cait Sidhe named Big Ears would appear and grant wishes to those who took part in the ceremony. The ceremony required four days and nights of successively burning cats alive.

These cats are known for being incredible hunters and ferociously territorial. They are heavily endangered; According to the Scottish Wildcat Association, as few as 100 remain in the wild.

Do you know of any cat legends or cats who appear in folklore? Tell us in the comments.

Read more about cats and folklore:

About the author: Robin Mudge lives in the Metro Detroit area with her husband and two cats: Cinco and Manna. She writes articles covering a large variety of feline-oriented topics on her blog Playful Kitty. Her background education background is in Special Education (focusing on cognitive impairments) and in Theater. Follow her on Facebook, Twitter, Pinterest, Instagram, and Google+. 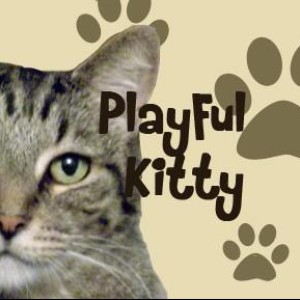