Next on The Scoop: Videos We Love: 5 Cats Who Crave Adventure More Than You
Let's Talk

Does One of Your Cats Bully the Others?

My beautiful, loving Zorro has turned out to be a bully. Well, not exactly. It’s not as cut and dry as that. Let me explain.

I have six cats. Here they are listed beginning with most recent to enter the household:

All cats are spayed and neutered. 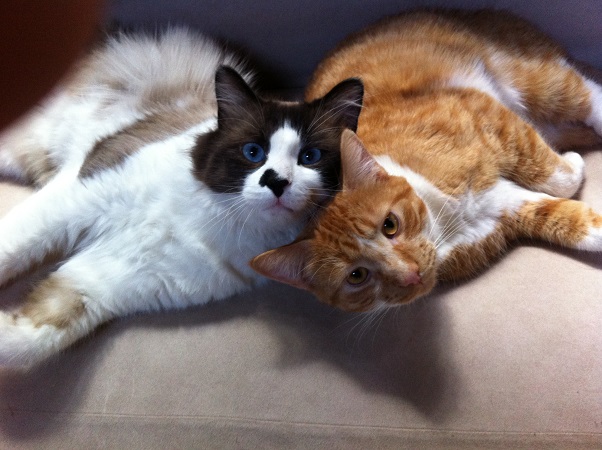 When you have multiple cats, the interactions and the evolving relationships are forever fascinating. I’m happy to say that Zorro and Norton have really become buddies. They will wrestle and playfight for minutes on end, and I’m happy that they’ve got each other to channel their energy into. They seem to really enjoy it. It never turns aggressive.

A neat benefit of this relationship is that Rama has finally learned to play/wrestle. Apparently, the example of Norton and Zorro playing was compelling enough for Rama to try it himself. (This is a big deal, as Rama is normally a very serious, somewhat crabby cat.) Rama has been increasingly play fighting with Norton, and it is not getting aggressive. It’s really cute to watch. Rama needs the levity and the exercise. Norton is so easygoing that he’ll play with anyone. 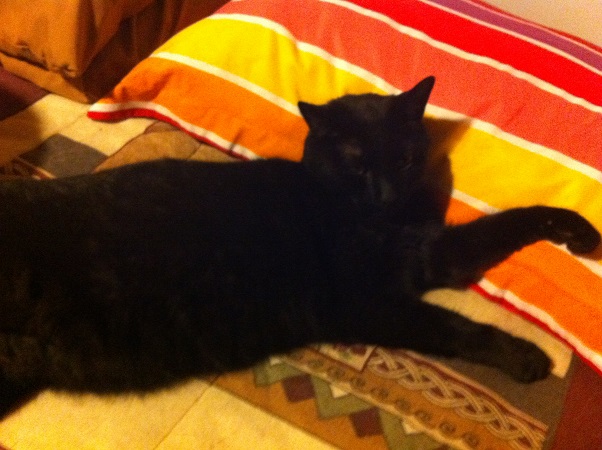 The relationships I am trying to work on are these:

Jamie, who was always pretty spunky, has decided that she’s afraid of Zorro. She spends most of her time in my office and will not come out into the rest of the living space. Zorro often hangs out in the office, too. He does not necessarily threaten her, but she keeps an eye on him. I’m worried about stress levels for her. She seems fine, but I know how cats can hide things and how stress can have repercussions. I have wondered whether I should let Zorro into the office at all, but I like the others to be able to come and go.

I have noticed less and less cowering on her part, and more swatting back. Zorro doesn’t jump her, either. But she’s still on guard when he’s close by. Zorro was neutered in March — perhaps the hormones are still subsiding? 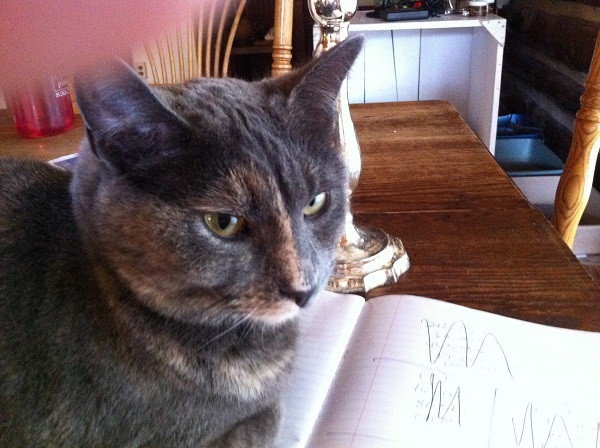 Kieran is not crazy about Zorro, either, but Kieran will at least hang out in the main common area of the living space. Jamie will venture out, but if she sees Zorro there, she heads right back to the office. I also remember a time when Kieran and Norton were more full of themselves, shortly after being integrated into this multicat household. It subsided, and I am hoping it will for Zorro, as well.

I don’t want Jamie Bluebell’s world to get too small, so here’s what I’m trying:

I really think this will eventually work out. I already see progress. I just want Jamie to eventually get to the point where she’s comfortable having the run of the house again. For Zorro, I think it’s more like a game. She comes out, and he sometimes chases her. But she reacts with fear, which may egg him on.

So, dear readers, I am sure many of you have encountered this. Do you have any suggestions? Anything to help me would be appreciated!