Next on The Scoop: How to Prepare Your Cats for a Hurricane
Obsessions 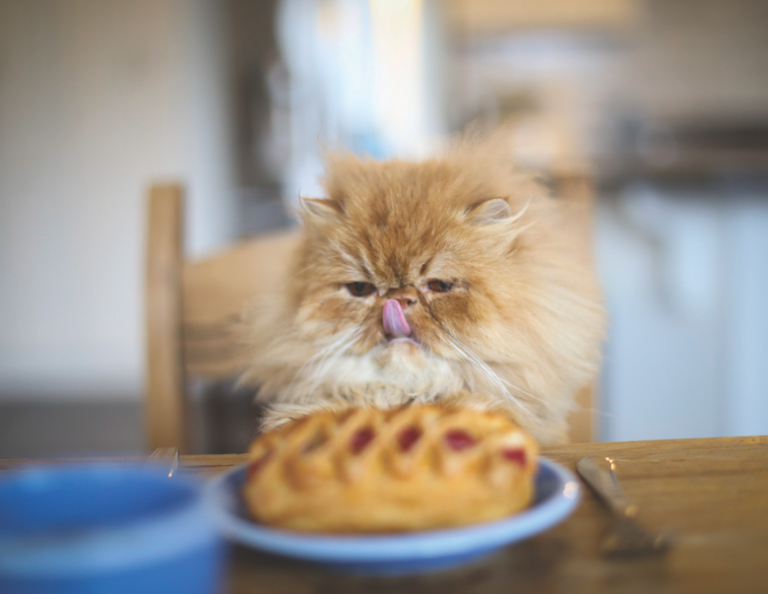 You're going to love this cat.

When I heard that rescue cat Lord Wellington was described by his owner as a combo of Chewbacca and an Ewok, well, that got my attention. I followed his Instagram and Facebook accounts, where his royal highness “with a big hairdo and an even bigger personality” is just getting started.

Found matted, declawed and malnourished, he was saved by the Vancouver Orphan Kitten Rescue Organization (VOKRA). “We are so grateful to be chosen as his furever family!” says pet parent Viktoriya Maya. “With time, care and lots of love, he has recovered and grew in trust, confidence and a whole lot of fluff. Now he’s a healthy, happy-go-lucky guy who brings joy to thousands of people worldwide!”

The 7-pound cat has an “appetite bigger than his stomach” and happily eats anything. Although a mama’s boy, he loves his dad, his little brother (who is his new BFF) and Mishka and Mocha, his two rescue feline roommates, whose tails he loves to chase.

Viktoriya began to document Lord Wellington’s funny adventures to share with her family and friends.

“People started sharing these with their friends, and eventually a small creative outlet grew into an online community of people who love Wellie,” she says. “Now we often get messages from people saying how he cheers them up and makes their day brighter, even those who are going through really difficult times. He’s funny and sweet, and it’s amazing to know he brings positive energy to so many people. That’s the reason we keep sharing!”

Wellie is on a mission to spread happiness to cat lovers worldwide. Viktoriya hopes his story inspires others to adopt animals in need of loving homes. “They need you as much as you need them,” she says. Follow Lord Wellington on Instagram @lordwellingtonthecat

2 comments on “Introducing His Royal Highness”