Next on The Scoop: Treat Your Cat to … Different Types of Cat Beds
Breeds 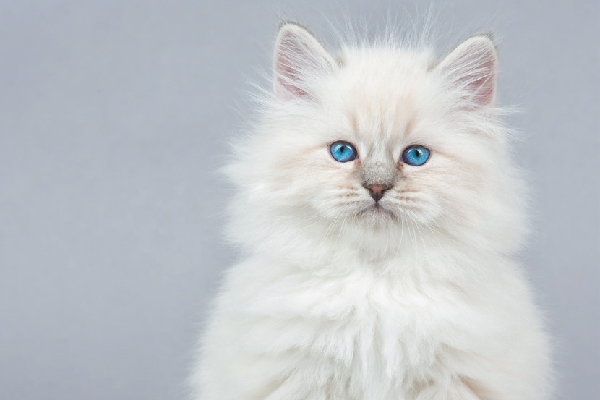 All About the Siberian Cat Breed

Siberians seem to possess a special knack for winning over those who steadfastly proclaim to be strictly “dog people.” Very agile and powerful, the Siberian cat can easily leap and reach high places, including the tops of refrigerators and even doors. So, what size are Siberian cats, usually? How much do they weigh?

Proud parent of a Siberian cat who’s looking to learn more or thinking about getting a Siberian cat? Learn the facts about this cat breed:

Quick Facts About the Siberian Cat 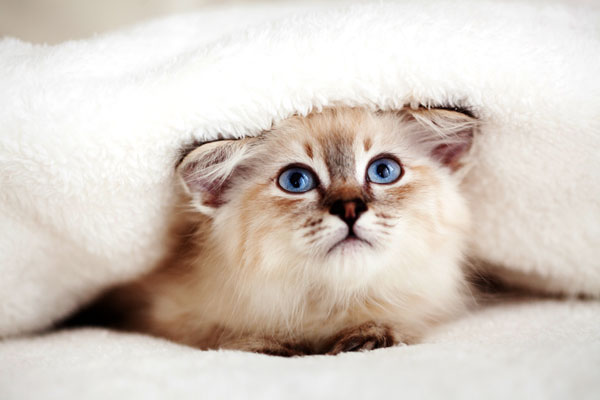 Keep in mind that this breed originated from a cold place – Russia. That explains its thick, rich medium-long coat that comes in just about every color of the rainbow.

The eyes are round, large and expressive – and usually gold or green hue, but they can also be blue.

The Siberian looms as the largest cat breed. A Siberian cat’s build is stocky and sturdy. They have large paws with tufts of fur poking out between each toe and the tail is blunt at the tip.

Siberians are slow but steady growers, not reaching their full stature for five years.

Who Gets Along Best With Siberian Cats?

Siberians seems to possess a special knack for winning over those who steadfastly proclaim to be strictly “dog people.”

Very agile and powerful, the Siberian can easily leap and reach high places, including top of refrigerators and even doors.

This is truly a gentle giant who enjoys the company of people and pets of various species. Mellow and quiet, the Siberian is very loving and devoted.

When resting in your lap, they love to chirp and purr their pure contentment. They are very quiet and tend to chirp and emit soft mews.

What to Know About Siberian Cats

The Siberian coat actually becomes thicker during winter, even living indoors. During fall and spring shedding seasons, you will need to brush the coat daily.

This is a very hardy breed that is not linked to any congenital health condition.

Many people allergic to most cats seem to be able to tolerate the Siberian without a single sniffle or sneeze. Some breeders contend that the Siberian possesses naturally low levels of the Fel d 1 protein identified to trigger allergic reactions.

This breed has been in existence for at least 1,000 years and proudly serves as the national cat of Russia. Siberians were among the first breeds competing in early cat shows held in England in 1871.

The first Siberians arrived in the United States in 1990. Today, it is not uncommon to have waiting lists to adopt litters from this rare, but cherished breed.

The Siberian is ranked 23rd in popularity among the breeds listed by the Cat Fanciers Association and earned championship status in 2006.

Read more about the Siberian cat breed on Catster.com:

Who’s That Cat? The Siberian: From Russia With Love

5 comments on “All About the Siberian Cat Breed”