Next on The Scoop: Meet a Little Kitten Who Makes a LOT of Noise
Obsessions

Proceeds from the illustrator's "Messy My" cat artwork go to the strays in her Athens neighborhood.

In June, Daphne Sivetidis had an idea. The British illustrator, who has been living and working in Greece over the summer, had just spent the day silk-screen printing a new kitty tote for her Messy My Etsy shop, when she heard that a local street cat, which her friend had been looking after, had been hit by a car. The young kitty named Dio had survived, but she needed an expensive surgery to help repair her jaw. Wanting to assist her friend in covering the cost of the operation, Sivetidis donated half the proceeds from The Love Cats tote she had just created toward Dio’s medical care. 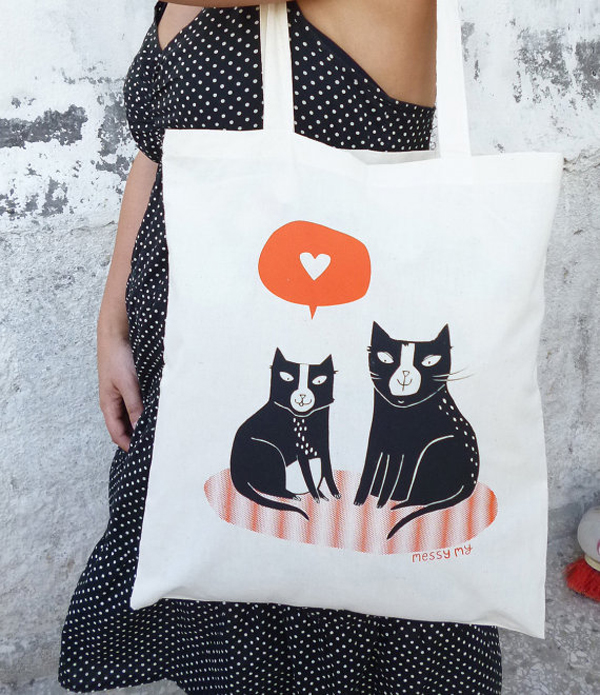 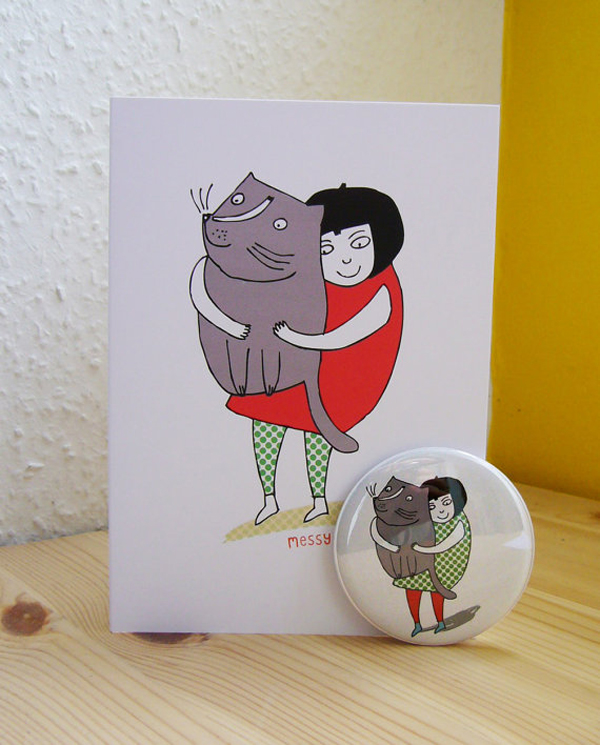 Fortunately, they were able to raise enough money to cover the expenses, and the kitty recovered. However, it was the support and kindness shown by others during the ordeal that influenced her to do more to help the plight of Athenian street cats. It inspired her to create the The Cat Lovers Huggable Cat Pack. All the profit from the set, which includes a card and matching pocket mirror based on one of her original illustrations, goes toward the feeding and caring of cats from Sivetidis’ neighborhood of Petralona. Sivetidis hopes the money she raises will prevent the cats from “looking so skinny, and [ultimately] turn into something more like the cat in the design!” 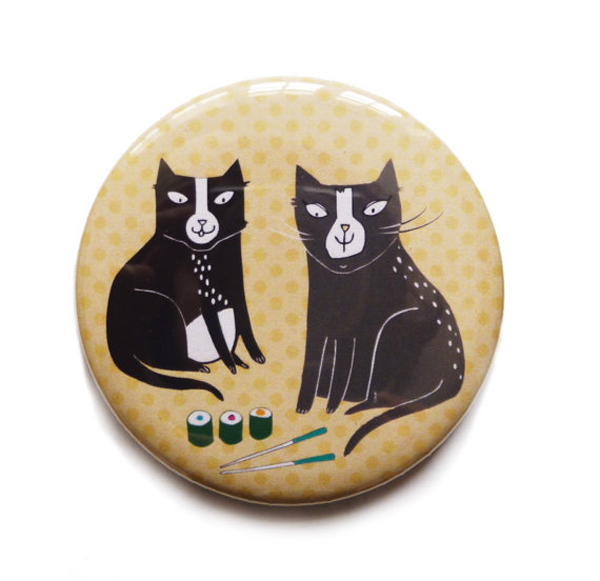 In addition to her charitable items, the Messy My shop is stocked with adorable pieces of animal art, which can be enjoyed on prints, greeting cards, and pocket mirrors. I am especially fond of Sivetidis’ “Cats Love Sushi” design, which features two tuxedo kitties getting ready to chow down on their favorite rolls!

To learn more about Sivetidis and to purchase any of her work, visit her blog, or stop by Messy My.