Next on The Scoop: A Cat’s Guide to Eating Right
Who's That Cat? 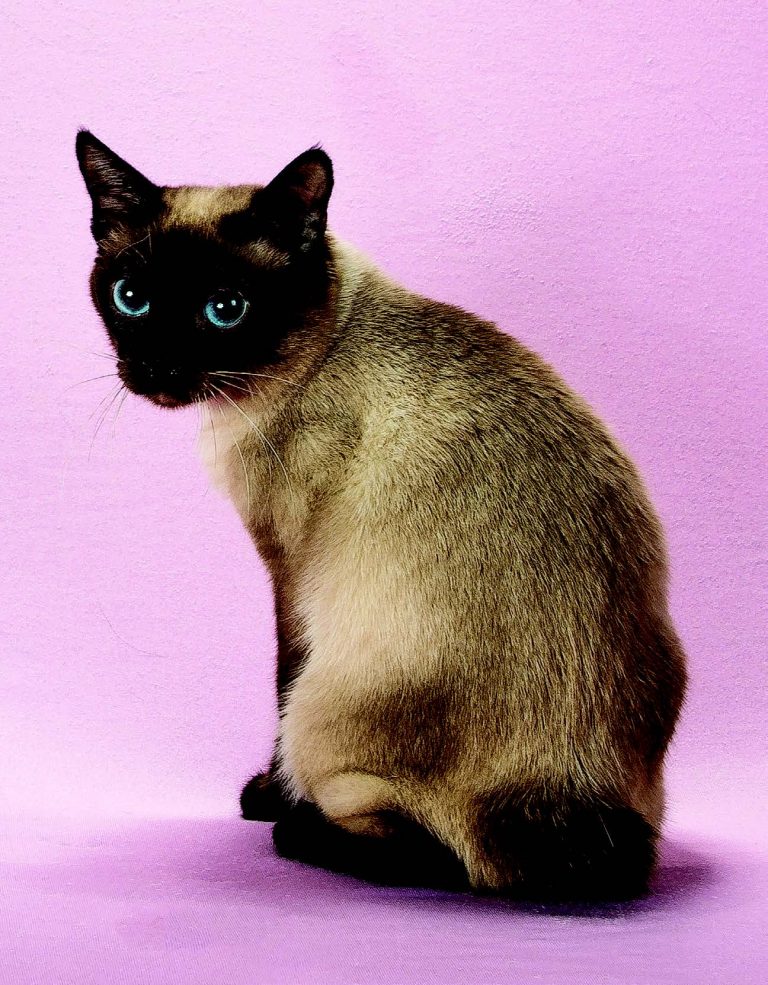 Little body, big heart. Here are 9 things you need to know about the Toybob!

It’s a bunny! It’s a lynx! It’s a Munchkin! Wrong, wrong and wrong. The cat you are currently laying eyes on is, in fact, a Toybob — a seemingly perma-kitten with a kink in his tail, an owl-like gaze and a pint-sized physique.

His kinked, bobbed tail, diminutive size and Toybob moniker might make you think he’s a baby bobcat, but he is, in fact, a breed all his own — and a domesticated one at that! His tail mutation is different from those of, say, the Manx or American Bobtail, and he has no connection to any other feline breeds.

Established in Russia in 1983, the Toybob was discovered by Elena Krasnichenko. According to her accounts, she took in a stray that looked very much like a Siamese cat except for one peculiarity … a kinked tail. In 1988, that cat was bred to a bobtailed seal-point. Both of these cats were of average size, but the bobbed tail kitten that they produced (named Kutciy) was teeny-tiny. Kutciy became the foundation for the breed Skif-Thai-Toy-Don; however, by the late ’90s the Toybob had become scarce, so Natalya Fedyaeva, a breeder in the Ural region of Russia, took over the task, restoring the Toybob breed under the name Scyth-Toy-Bob, and the rest, as they say, is history

You’re probably not going to believe this, but full-grown adult Toybobs weigh between 3 and 5 pounds, and have legs proportional in length to their bodies. Need a visual? At their full size, Toybobs are comparable to a 3- to 4-month old kitten! Their small size doesn’t cause any health problems — they were bred to be robust, healthy, strong cats and have an average life span of 15 years.

Like many other breeds, the Toybob comes in both shorthair and semi-longhair varieties. Shorthairs have a low-key plush coat that requires a brushing once or twice a week, while semi-longhairs have an easy-to-groom coat that stays free from tangles and matting with weekly brushing. Both varieties undergo seasonal changes and shed very minimally.

The Toybob tail is 1 to 3 inches in total length and consists of three or more vertebrae. But not all tails are created equal — some present themselves in the form of a bob or brush, while others appear as a miniature spiral or pom-pom. In terms of Toybob standards, these are all A-OK. The absence of vertebrae or a tail, or the presence of a long tail, however, is considered a defect in the Toybob world.

Though ultra-petite, the Toybob has a very sturdy build that shocks those who scoop him up!

Toybobs have agility to spare and are remarkable climbers, so don’t be surprised to find him perched silently above your head, supervising your movements. They are also light on their feet and incredibly graceful. Their overwhelmingly charming personalities make playing with them even more of a treat. Bonus: They never truly outgrow the kitten phase, so their energy level stays high even as they reach old age!

While Toybobs love playtime, they’re just as comfortable lounging about as a pampered lap cat. In fact, one of their favorite spots to repose is a cushy pile of pillows!

Toybobs are devoted creatures who love their families fiercely. They seamlessly get along with other pets in the home. In fact, if you’re not going to be around, they prefer to be left home with a fellow feline, and their affectionate, gentle disposition makes them the perfect choice for children, seniors and everyone in between.

They may be petite, but Toybobs have a protective spirit and will act as a bodyguard to their preferred person. They’ll even dash in to split up fights and arguments like a furry police officer! Be on your best behavior or you may be placed under citizens’ arrest!

Posted in Who's That Cat?, Who's This Cat, cat breeds, Breeds, Catster Magazine, Breed Profiles,