Next on The Scoop: Dealing With an Aggressive Cat? 7 Reasons Why Cats Become Aggressive 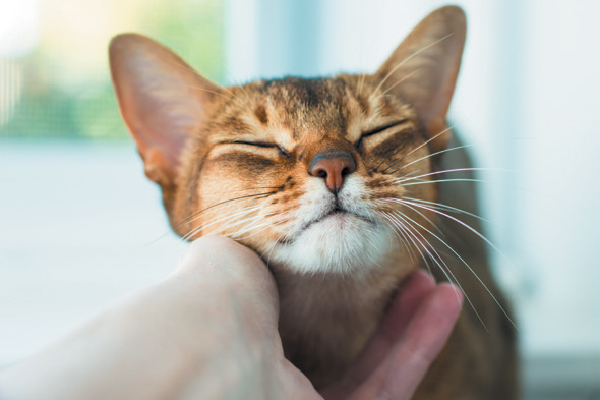 Looking for a cat who’s trainable and would love to walk on a leash? The Abyssinian might be just the cat breed for you.

In the Abyssinian alphabet, A is for active, M is for mischievous and S is for super smart. The agile and athletic cats are known for their love of heights, lively nature and unquenchable curiosity.

“Abys are very energetic, and that takes some people by surprise,” says Linda Kay Hardie, who has lived with 19 Abys over 30-plus years. “I have one Aby I got from a breeder after she got him back from the woman who had taken him. She wasn’t prepared for the energy level.”

With a ticked coat, large ears, wedge-shaped head and lithe but muscular body, the Aby resembles his far distant ancestor, the African wildcat (Felis lybica). Affectionate, fun loving and sociable, Abys can do well in many different types of homes with different types of people — with some caveats. Their quick movements and tendency to wend between legs can make them a hazard around people who aren’t steady on their feet, including seniors and toddlers. And they like to have company. If you’re not around during the day, an Aby will appreciate the company of another cat or a friendly dog.

“A good home is one with lots of love and attention to share with their Aby … and a love for a very athletic, high-jumping, counter-sitting, food-stealing, thrill-seeking, mischief-making, zany, lovable cat,” says Aby expert Jean Papo of Abytopia Abyssinians in Oregon. 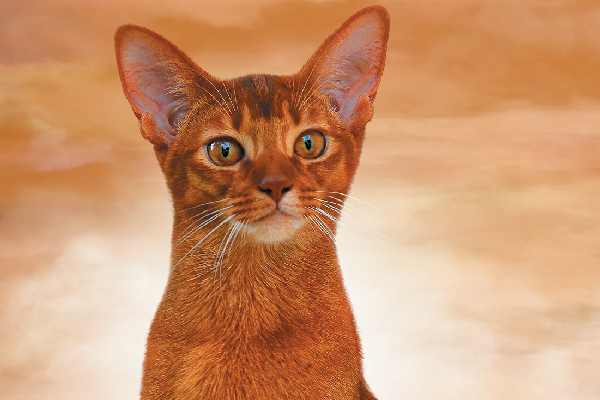 Abyssinian cats are very trainable and may enjoy walking on a leash. Photography ©1lermannika l Thinkstock.

Living with an Abyssinian Cat

History of the Abyssinian

An Aby can live up to 12 to 15 years — or more. Photography by Casey Elise Photography.

What you should know about the Abyssinian

Fun Facts About the Abyssinian

Read Next: Fall in Love With These 5 Large Cat Breeds