Next on The Scoop: All About the Turkish Angora
Behavior 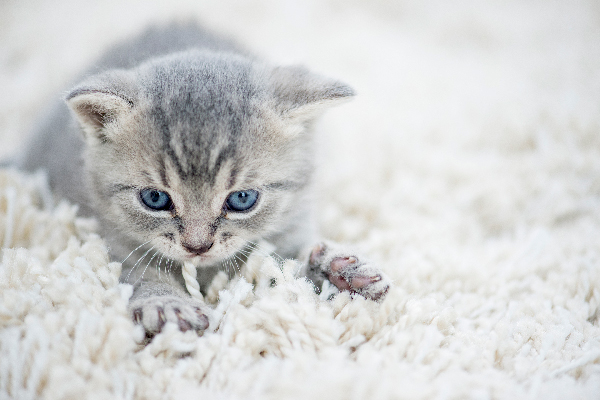 What’s up with cats making biscuits (a.k.a. kneading)? We discuss why cats knead, what to do if it’s painful ... and why cats shouldn’t ACTUALLY make (or eat!) biscuits.

Do you have a kneady cat? Most of us do, and the act of “making biscuits” is actually a completely normal feline behavior. Also known as kneading, cats making biscuits is the rhythmic back-and-forth of paws pressing against a soft object like a blanket, sweater or human lap. The action looks like a fuzzy little baker kneading dough — hence the cats making biscuits description. Most of us think of a cat engaged in the activity only with his two front paws, but some kitties are talented “bakers” and use all four! Occasionally the kneading turns into a full-fledged dance of sorts.

There are a few possible explanations for what’s going on with cats making biscuits:

While kneading, cats sometimes keep their claws retracted and other times (yowie!) they don’t. Don’t ever punish your cat for kneading, even if his claws are digging right into your tender flesh. Instead, place a blanket or towel between you and the paws or shift the kitty to a different location with a soft object on which to knead.

You can also reduce the pain that might accompany cats making biscuits by keeping your cat’s nails trimmed.

Because cats have got the kneading motion down pat, they probably could actually whip up a mean batch of biscuits, right?

Here’s the thing: even though our favorite felines seem to have mad biscuit-making skills, it doesn’t mean they should eat biscuits intended for humans. You keep the biscuits (yum) and offer your cat a tasty kitty treat instead. Now everyone’s happy!

Tell us: Does your cat make biscuits or knead? What do you call this behavior?

47 comments on “Cats Making Biscuits: All About Cat Kneading”