Take a Tour of the “Cat Islands” of the World

If you are a world traveler and a cat fan, then chances are you’ve heard of Tashirojima, a small island in northeastern Japan. Tashirojima has two villages, and its hundred or so human residents are vastly outnumbered by the island’s massive cat population. This has led to its being known popularly as “Cat Island.”

Tashirojima is not the only Cat Island, however. Join Catster as we survey the globe’s cat-island refuges in Greece and Italy, along with a host of places called Cat Island, most of which have almost no cats at all!

Not too far from the city of Sendai in northeastern Japan, and just off the coast, lies the tiny island of Tashirojima. From the 17th through the 19th centuries, Tashirojima was a popular destination for fisherfolk and silk farmers. Cats were valued for protecting silkworms from rodent interference and enjoyed the occasional leftover fish. Over the past century, as the silk and fishing industries relocated, the cat population continued to flourish, leading both visitors and locals to refer to it as “Cat Island,” or “Cat Heaven Island.”

To preserve the safety and security of Cat Island’s feline inhabitants, dogs are now practically forbidden. Japan’s Cat Island has become a tourist spot for cat lovers, who can visit the Neko-jinja, or cat shrine, near the island’s center and stay in little cat-shaped rooms for a night.

It won’t take you long to get there; the island has only about 1.2 square miles of total area. Tashirojima is not the only place where every day is Caturday, though it is probably the only one with shrines in their honor.

Welcome to Mykonos, an island in the Cyclades, a group of islands off the southeastern coast of Greece. The Cyclades are home to the Aegean cat, a formally unrecognized cat breed regarded as the only one native to Greece. Mykonos is a summer tourist hotspot for party people. It is also home to an unbelievable number of stray cats. Like Tashirojima, the vast majority of cats on Mykonos, Greece’s Cat Island, do not have owners.

Also like Tashirojima, the cats of Mykonos are fed and cared for by the island’s residents and celebrated by visitors. If your eyebrow is slightly raised at the description of countless strays, you’re not alone. Founded in 2005, Mykonos Animal Welfare is a charitable organization dedicated to the health and well-being (including spay/neuter services) for the island’s stray cat population.

In Tashirojima, we have an island where a native cat population swelled to outnumber humans. In Mykonos, we have an island where the stray cat population is both admired and troubling. In Venice, Italy, there is an island that plays host to a cat sanctuary and refuge. Venice, that marvelous city where the streets are made of water, has long been known for its massive numbers of pigeons and cats.

While there are still pigeons everywhere in Venice, the number of cats has declined sharply over the last 20 years. In 1965, the Dingo charity was established to provide for Venice’s stray cats. In 1989, a small Venetian island, San Clemente, was designated as a base for the charity to offer shelter and health care to cats. Ten years later, the Dingo cat sanctuary, at any time home to about 200 cats, was relocated to Malamocco on Lido Island.

Cat Islands not known for cats

Tashirojima, Mykonos, and Lido have the distinction of being islands with a large feline presence. Around the world, we also find a number of places that are named Cat Island, but which have few, if any, cats at all! Though it has since been disproven, Cat Island in the Bahamas was once believed to be the first landfall of Christopher Columbus’s transatlantic expeditions.

It is unknown where the Bahamas’ Cat Island derived its name; conjectures range from a historical feral cat population to Arthur Catt, an associate of the pirate Blackbeard. Cat Island, Bahamas, is home to Mount Alvernia, the highest point of elevation in the Bahamas. The island has its own indigenous musical form, called “Rake and Scrape,” which utilizes found-objects as instruments. One thing it is not particularly known for, however, is cats.

The United States has at least three places called Cat Island. There is a Cat Island, Wisconsin, near Green Bay, which is mostly regarded as a coastal barrier and breeding site for waterfowl. Cat Island, Louisiana, about a half-hour from Baton Rouge, is the site of the Cat Island National Wildlife Refuge. Founded in 2000, Louisiana’s Cat Island contains thousands of acres of wetlands, and is important for its centuries-old cypress trees, migratory bird populations, and the occasional bobcat.

Have you been to Cat Island?

By far, my favorite Cat Island is Cat Island, Mississippi. I was tickled while researching this article to find that Mississippi’s Cat Island was originally named by 16th and 17th century explorers from Spain. According to history, Spanish explorers sought after God, gold, and glory. However, they had little experience with raccoons, which they encountered on the island.

The closest analogues they knew of were cats, and thus it was that Cat Island, Mississippi, got its name.

Have you ever visited any of these Cat Islands? Are there other places — either called Cat Island, or islands with disproportionately large numbers of cats — that we’ve missed out on? Share your experiences, memories, and travel photos in the comments! 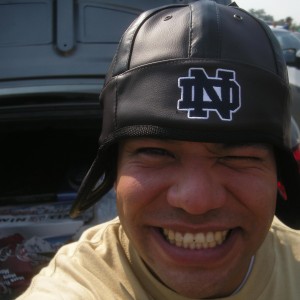