I love my cats more than I ever thought possible, but affection alone can’t make me a perfect pet parent. My cat knowledge is increasing every day, but I’ve made some pretty serious mistakes while caring for my kitties. The worst have left me with heart palpitations, but also taught me some pretty valuable lessons. Here are my five worst pet parenting fails:

1. The time Ghost Cat got shut in a drawer

It happened awhile ago, but I can still feel the panic like it was yesterday. At the time Ghost Cat was still our only pet, back when we lived in the loft apartment. My husband was putting his laundry away into the dresser, and Ghost Cat kept jumping into the drawers. It was cute; he kept plucking her out and shooing her away.

About 15 minutes after the last shirt had been folded, I realized I didn’t know where Ghost Cat was. Our usually noisy cat was uncharacteristically quiet. We called her name; we looked in all her favorite spots. I searched the bathroom and overturned every laundry basket. I was downstairs ripping apart the kitchen when I heard my husband shout, and the terror in his voice kicked my heart into high gear. Ghost Cat had been missing for about 20 minutes.

"Is she dead?" I screamed as I ran up the stairs. When I got to the top I saw her cradled in my husband’s arms, her eyes wide.

"No, but when I opened the drawer I thought her neck was broken," he told me.

It turned out that Ghosty had jumped up into the dresser drawer after my husband had put away the last of his clothes. I felt terrible that she’d spent 20 minutes so squished that she couldn’t even meow for help.

2. The time Specter ate a chunk of rubber nipple

By the time we got baby Specter, I thought I was a pretty capable pet parent, but I was about to make a pretty big mistake. When we brought her into our household, we were told that she was six or seven weeks old and eating solids, but after a couple days at our place she still hadn’t taken a bite. My husband and I started to get scared. What if she starved to death? We went to the pet store and got kitten milk and a bottle with a rubber nipple. When I started feeding her I was so happy, because she was just going crazy on that nipple, finally getting some food in her.

After a couple minutes I took the nipple out of her mouth so she could slow down and breathe, and that’s when I saw a piece of the rubber nipple was missing. I panicked, searching the couch and even the folds of my scarf, hoping to find the little piece of rubber. I didn’t see it again until a day later when it appeared in the litter.

Even though Specter thankfully wasn’t hurt by this episode, I was pretty mad at myself. I should have known that you don’t bottle feed a kitten with teeth! If I had done a little more research before running out to buy a bottle, I would have saved Specter from ingesting plastic.

3. The time I made Ghost Cat fat

When we adopted Ghosty, she was pretty skinny. She was 11 months old, and her medical records showed that the shelter had been giving her a medication to end lactation, so we knew she’d had kittens. She’d had a tough little life, and I wanted to do everything I could to give her a healthy and happy future. I read up on different brands and types of cat food. We bought her some high-end cat foods, trying out both kibble and wet food.

By the time we’d had Ghost Cat for seven months, her weight gain was noticeable. I knew we weren’t feeding her too much, so I tried to exercise her more. Still, I was worried. When Ghost Cat started having bathroom problems, I took her to the vet, who said she was overweight. I’d brought a can of Ghosty’s wet food and the label from her kibble bag to show the vet. Our kibble was supposed to be for "cats of all ages," and the vet explained that because it was formulated with enough calories for kittens, we were basically feeding Ghost Cat kitten chow. She recommended that we switch to more wet food anyway, since Ghost Cat was so dehydrated.

Lesson learned: Age is an important factor in picking food. Wet food is best for Ghosty, and when she does get kibble, it needs to be age and weight specific.

4. The time I encouraged bad behavior

Of all my pet parenting mistakes, this one aggravates my husband the most: I let my cats hang out on the counter. Worse than that, I’ve actively encouraged them to hang out on the counter by feeding them treats up there, and teaching Ghost Cat to jump across the counters. I stupidly thought all this counter climbing was adorable, but every time my husband sees this happening he starts freaking out, shouting about pee paws on cooking surfaces. Now we’re trying to reverse the training I did by only giving the cats treats when they’re on the floor, but it’s pretty hard. They think they should hang out up there.

5. The time I became their servant

My cats own me. My life revolves around them. I am at the mercy of their whims and wants, but if that’s a mistake, it’s one I don’t regret.

Lesson learned: None at all. I’ve never stopped being their servant.

What are your biggest pet parenting fails? Made any scary mistakes while caring for your cat? Let us know in the comments!

About the author: Heather Marcoux is Ghost Cat’s mom. She is also a wife, writer, and former TV journalist. Some of her friends have hidden her feed because of an excess of cat pictures. If you don’t mind cat pictures, you can follow her on Twitter; she also posts GIFs of her cat on Google +. 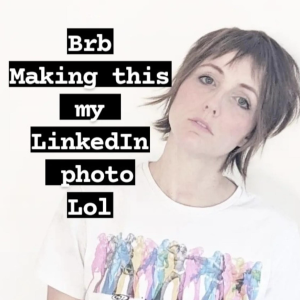