Next on The Scoop: Tips to Keeping Your Cat Happy and Occupied in a Long Winter
Texts From Mittens

Mittens texts with Drunk Patty, Stumpy, Grandma and his Mom. Phil? Who wants to text with a dog?

If you regularly read Texts from Mittens, you know there’s an entire cast of characters in Mittens’ world. His best friend Stumpy, an indoor-outdoor cat, visits often to watch TV and brag about his fancy fountain. Grandma stops by with treats and lots of grandmotherly cuddles, and Drunk Patty is the annoying neighbor who dotes on Mittens and sometimes feeds him when his mom’s running late. And of course, there’s Mittens’ long-suffering mom. Phil the dog doesn’t have a cell phone yet, and Mittens is just fine with that. He sees enough of that “filthy hound” all day anyway.

Lately, readers have told me they’d like to see some texts between Mittens and these characters who share his world. So here you go — a deeper peek into the world of our favorite text-happy cat.

And by the way, when I write Mittens, I always hear the voice of Stewie from Family Guy. When I mentioned this on the Texts from Mittens Facebook page, a ton of people came forward and said they’d imagined him exactly the same way! Whadddaya know … I guess his self-serving, condescending vibe is infectious. 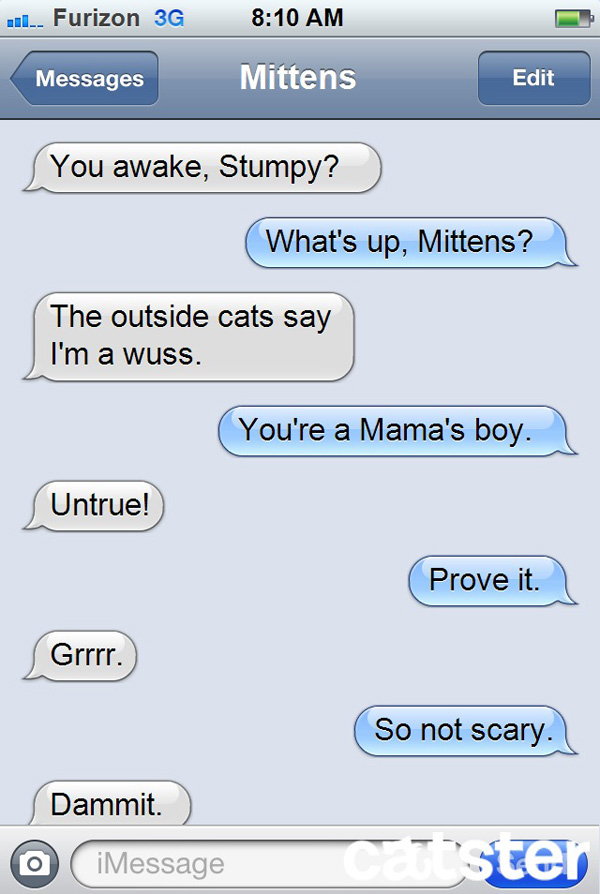 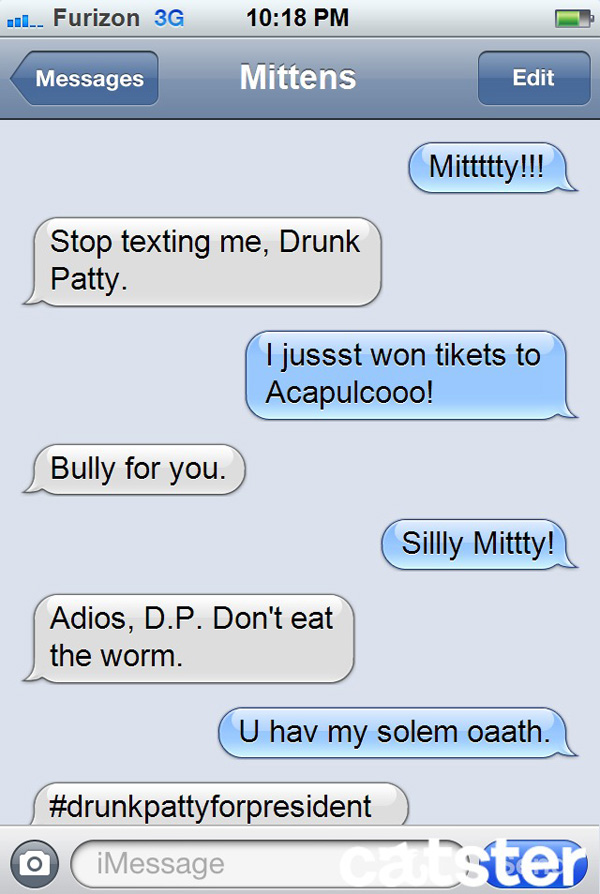 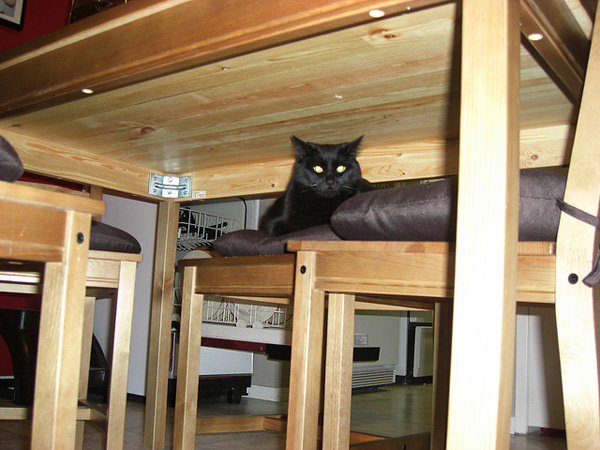 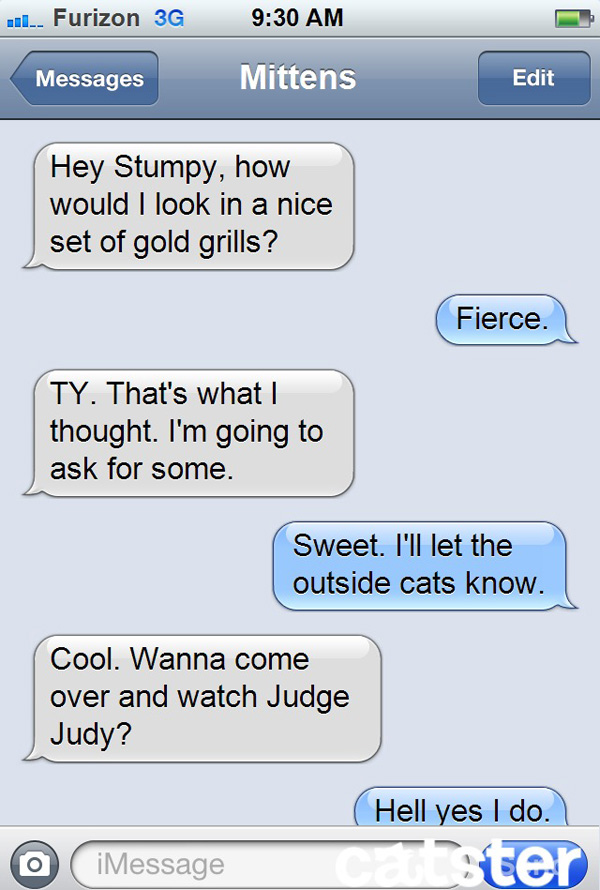 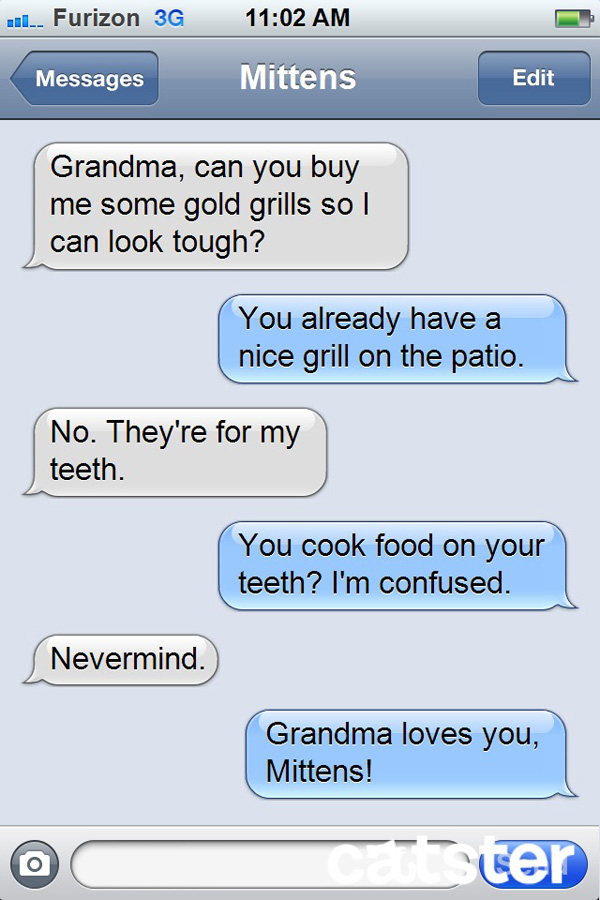 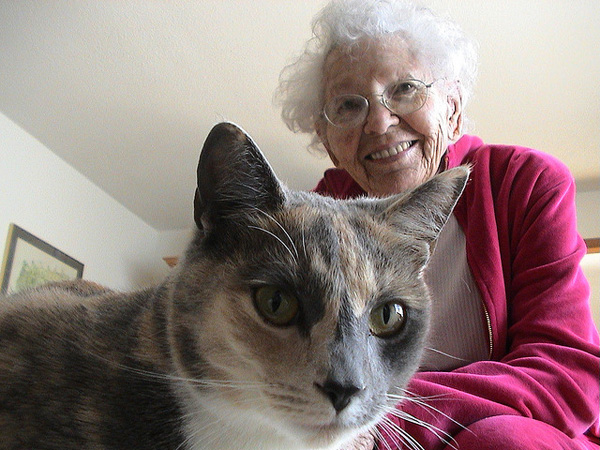 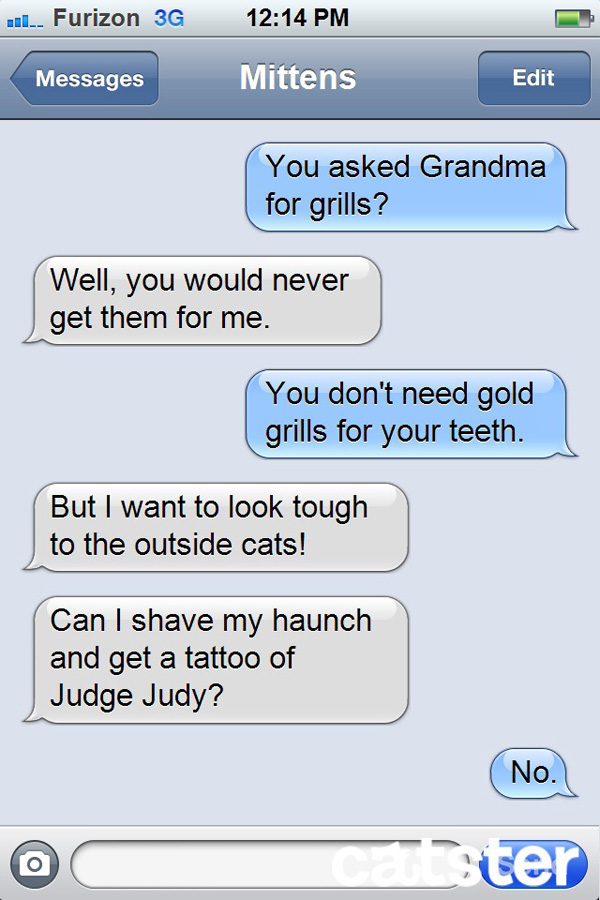 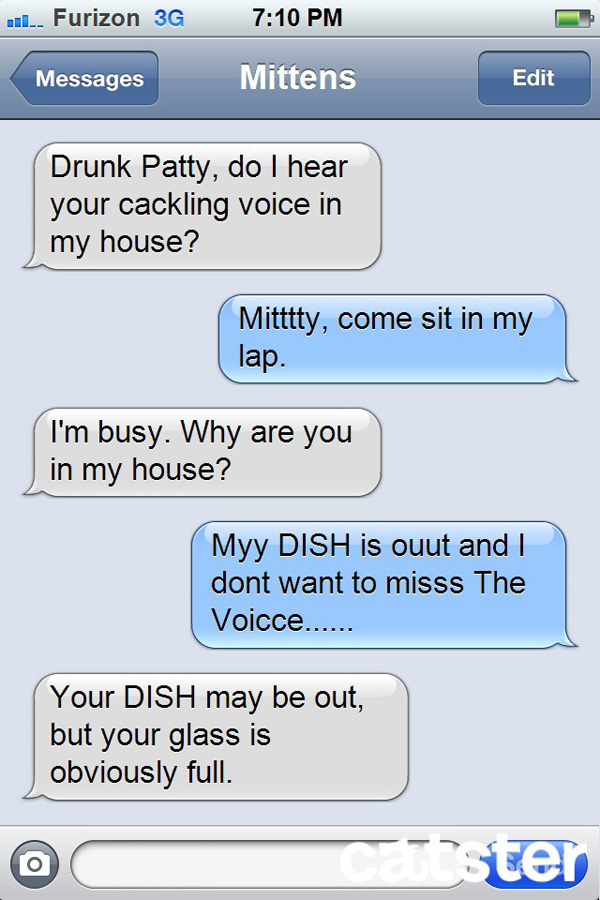 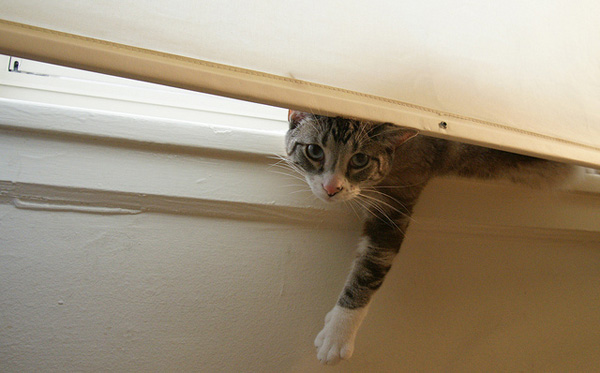 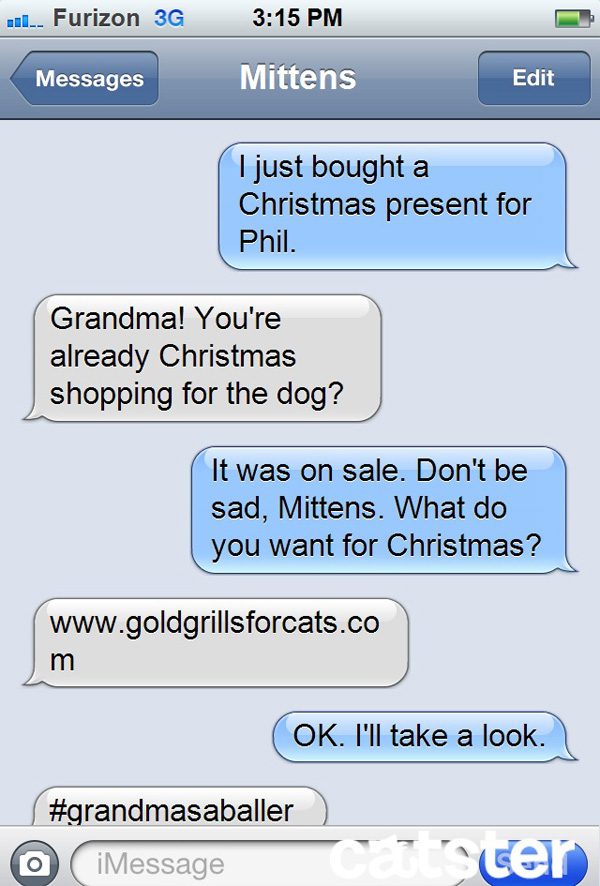 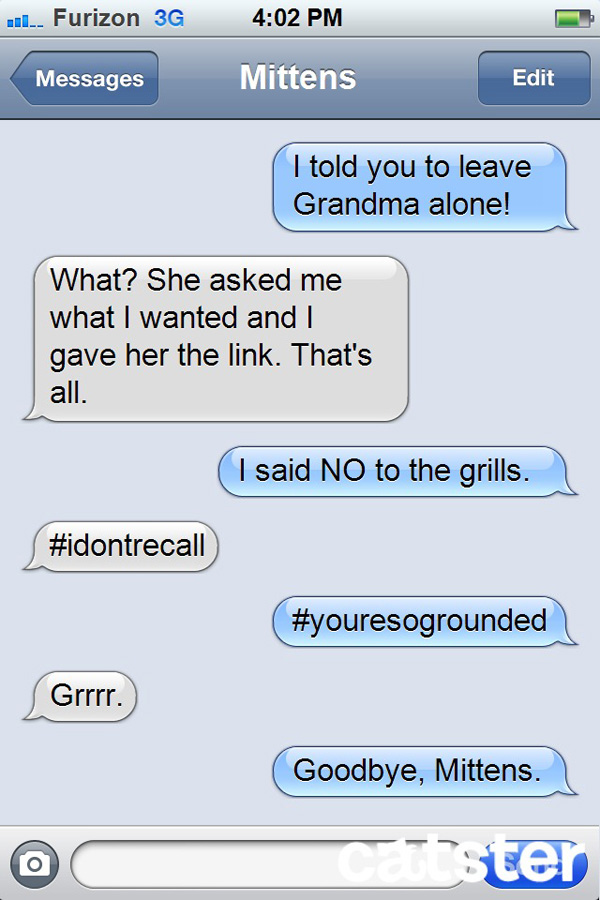