Next on The Scoop: I Found a Fanzine that Combines Cats with Rappers!
Texts From Mittens

Mittens wants his valuables appraised by the show, but many roadblocks await. So he texts!

With the new year in full swing, Mittens is going through all his belongings and organizing them. An avid Antiques Roadshow fan (don’t worry, Judge Judy — you’re still No. 1), he begins to wonder about the value of some of his objects. And why shouldn’t he have the opportunity to take them on Roadshow? They’re certainly worth more than some of the junk that constantly clutters the kitchen counter.

In the middle of all the Roadshow mania, Mittens discovers Grandma has a date and (gasp!) it’s with the local butcher. Of course he immediately fears for her life. Who dates guys with giant knives, anyway? And guess what else? Drunk Patty’s coming over to let Phil outside. It’s almost more than our Mitty can handle. He did manage to get himself a Twitter account last week and hopes to garner more sympathy from well-meaning followers. Click here to follow his daily Tweets.

Read on for the details of poor Mittens’ most recent trials and tribulations. 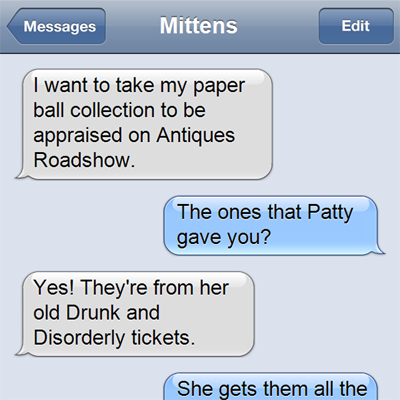 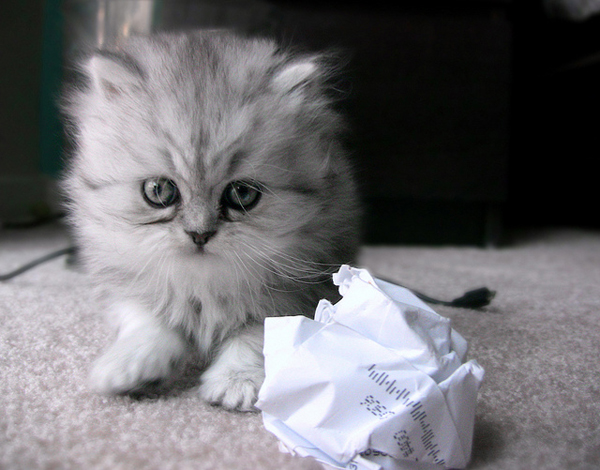 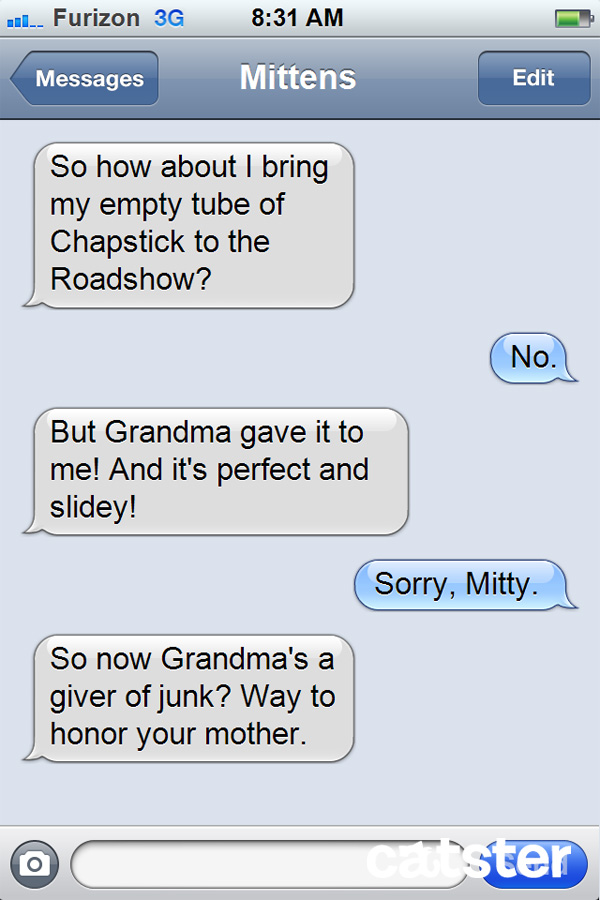 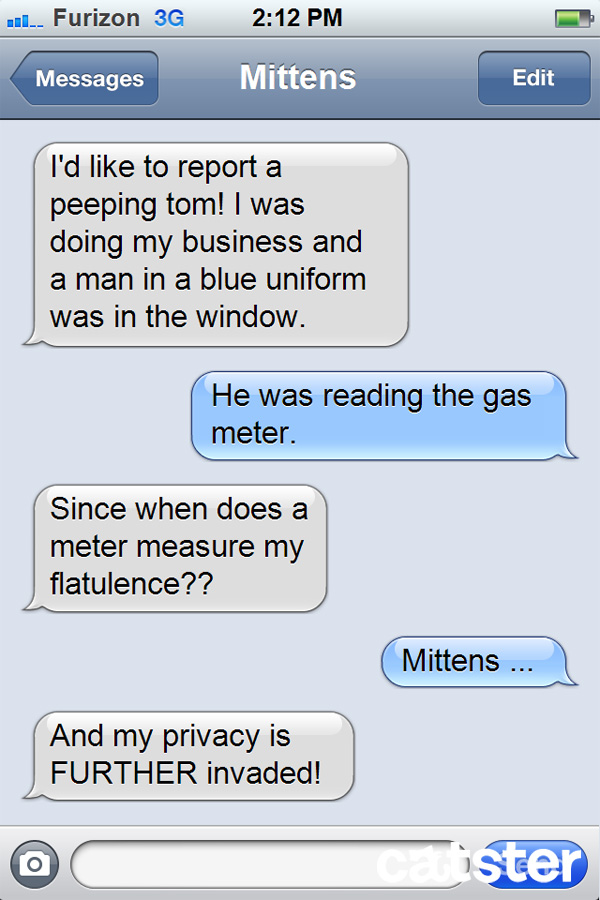 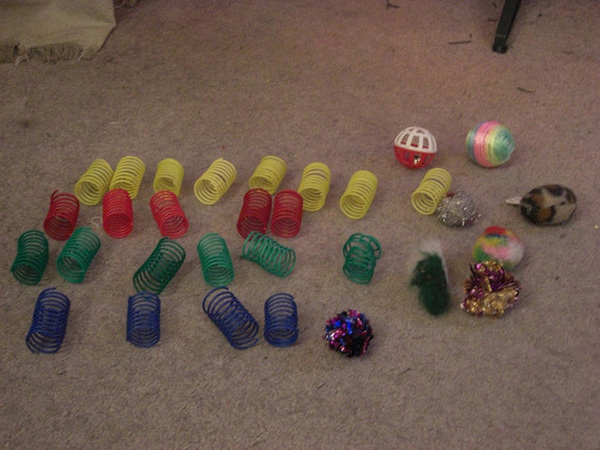 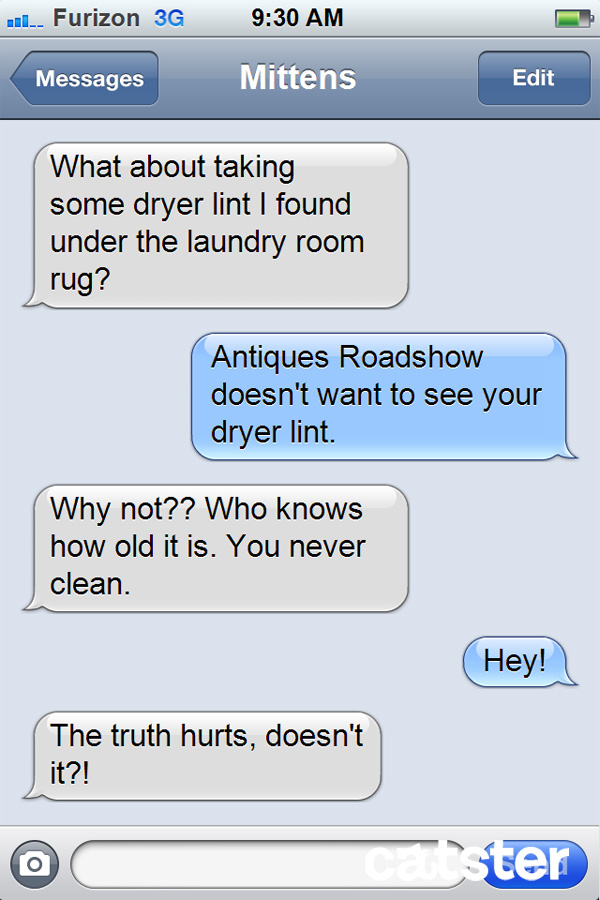 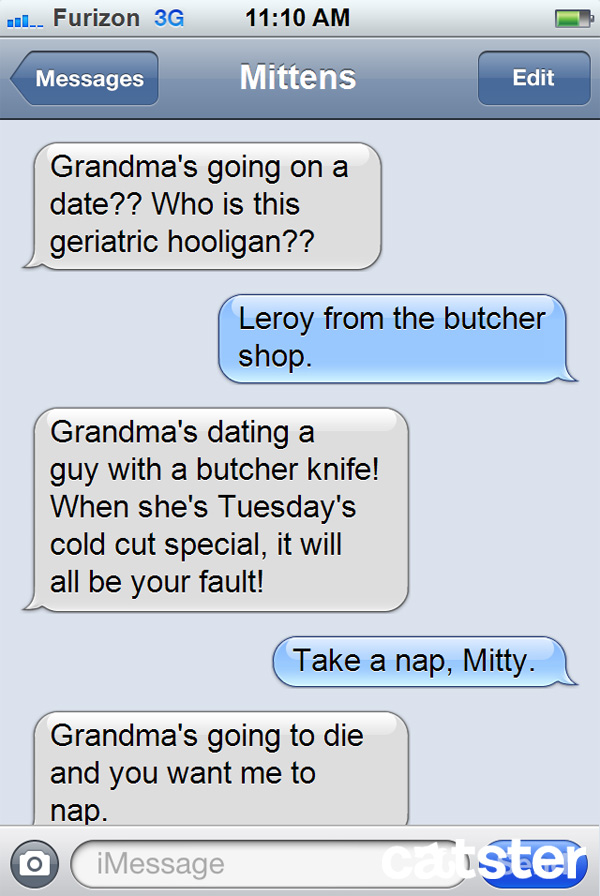 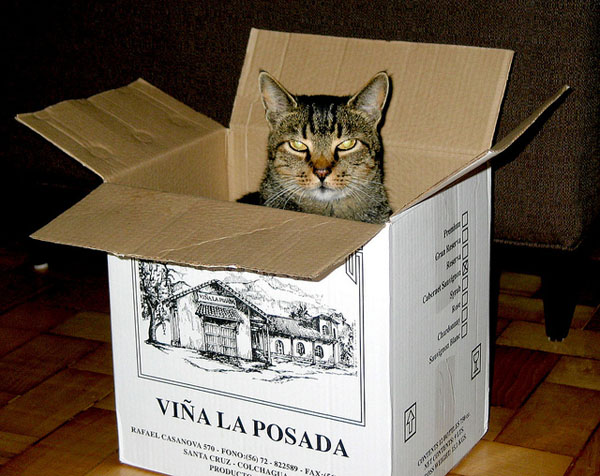 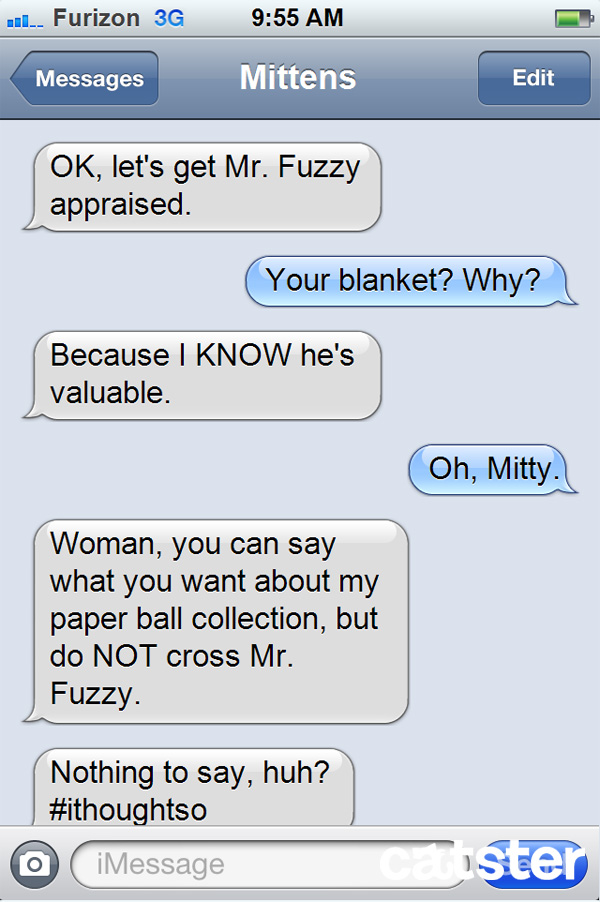 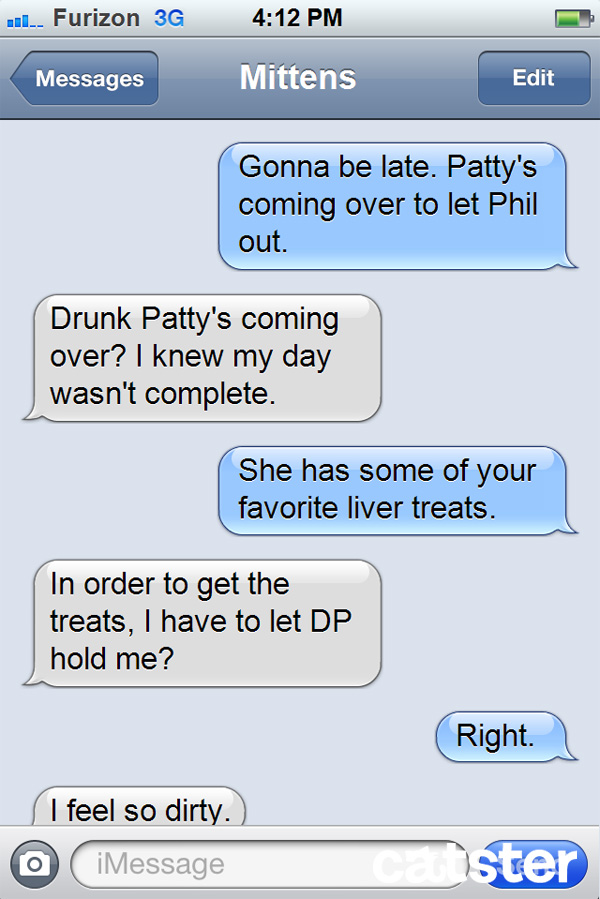