Next on The Scoop: Why Do Cats Knead? Explaining Cat Kneading, a Quirky Cat Behavior
new cat 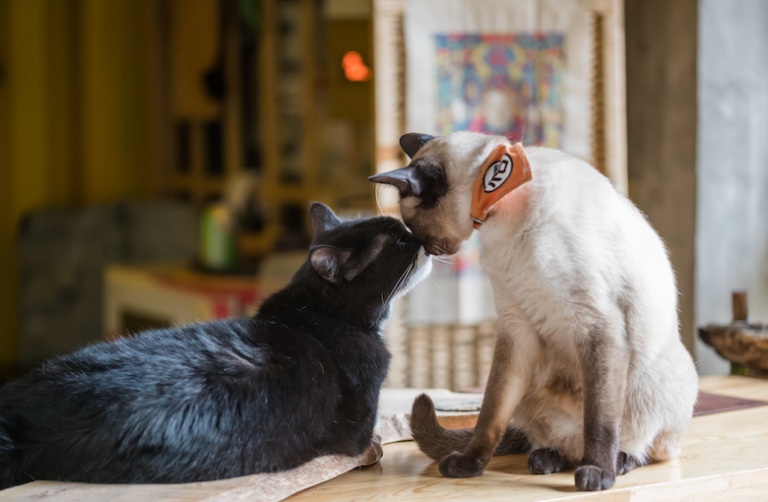 How to Introduce Your Cat to a New Cat

Adding a new cat to your family? Here’s how to socialize a new cat with your other household cats.

Adding a new cat to your household is exciting, but it can also lead to turmoil, especially if you already have a cat that’s unsure of the new addition. While the first few days in your home can be ones of high stress, knowing how to socialize your cat with the new one can make the transition go smoother. Here’s how to introduce a new cat with your other household cats.

Related: Is It Better to Have Two Cats (or More!)? 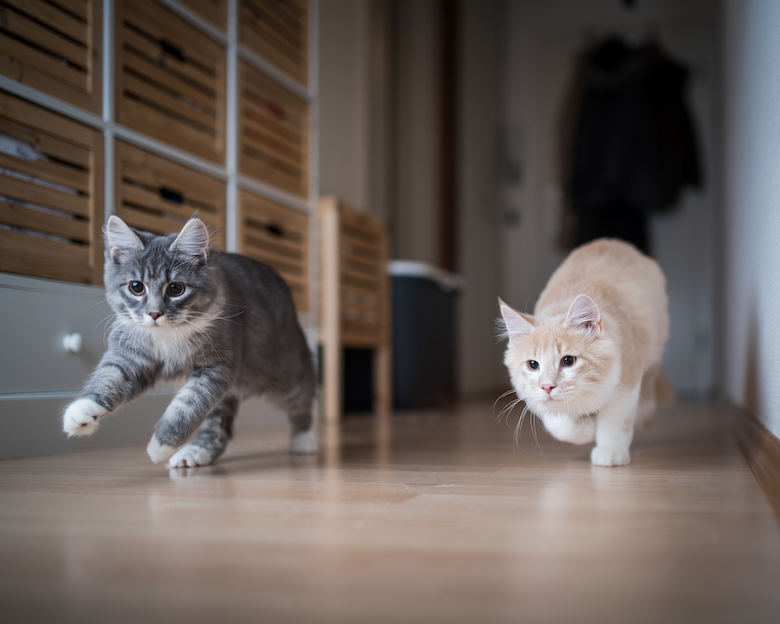 In general, you can expect it to take anywhere from eight to 12 months for cats to become friends. And while some cats will develop close bonds, others never grow close. Still, they can learn to tolerate each other. In the early stages, each cat should have his own scratching post, litter box, bed and water bowl. Cats think territorially, and this keeps them from fighting over resources.

How to introduce a new cat to your household

How your new kitty gets introduced could dictate the mood of your cats’ future relationship. Control their first encounter as much as possible.

Start by letting the two cats hear and smell each other, but don’t let them see or touch.

Cat behaviorists from Best Friends Animal Society recommend that you rub the cats’ cheeks separately with a towel to collect cat pheromones. You can then rub the other cat’s cheeks with the towel after and introduce both to the new scent. In this way, the cats will accustom themselves to the other’s scent without feeling threatened. The pheromones relieve anxiety, and they provide information about the other cat.

Next, keep the cats safe for a face-to-face meeting. You can introduce them with your new kitty in the  safe confines of a cat carrier, so they can meet, but they don’t have contact. This keeps the meeting amiable. You might see some hissing, fluffing up and staring, which happens in most first encounters. Don’t be discouraged. If you believe the first greeting goes less than friendly, trade them off with one secure and one free until they react calmly and then allow them both to be free. Don’t force the cats to be close to each other. Give them plenty of space and room to escape to safe spaces.

In the early stages, each cat should have his own scratching post, litter box, bed and water bowl. In this way, the two felines will never have to compete for food and resources, which makes the first encounter less stressful.

Some final tips to introduce a new cat

When you go to socialize your cat with another cat, keep the environment relaxed and comfortable. Your cats will behave with less aggression when relaxed. Patience in the beginning increases the chances of a calm and harmonious environment where each cat lives in peace. Under no circumstances should you let the two cats duke it out because they can seriously hurt each other. Cats won’t “get it out of their system.” You have to go slowly and let them slowly get used to each other’s company.

Read Next: Your Checklist for Bringing a New Cat Home