Next on The Scoop: What to Expect When You’re Expecting (to Give Birth to a Cat)
Vid We Love

Watch This Video of Didga, the Famous Skateboarding Cat

The fearless feline is the world's foremost skateboarding cat, even pulling tricks over unwitting Rottweilers!

When the powers that be finally launch an official Cat Olympics, I like to think that beyond classic cardboard-based disciplines such as box-hopping, there will be a category for cat skateboarding. When this happens, the Australian tabby Didga will be a shoo-in for taking the gold medal — at least on the basis of a new YouTube short that showcases her dextrous ability to coast on four wheels. 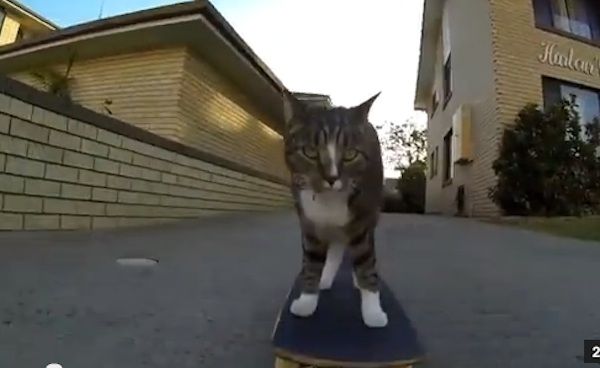 Titled Cat Super Skateboarding Adventure! Go Didga!, the flick begins with the sporty feline enjoying a cleaning session in a concrete yard before she’s accosted by a skateboard (who we’re told is named Ollie). 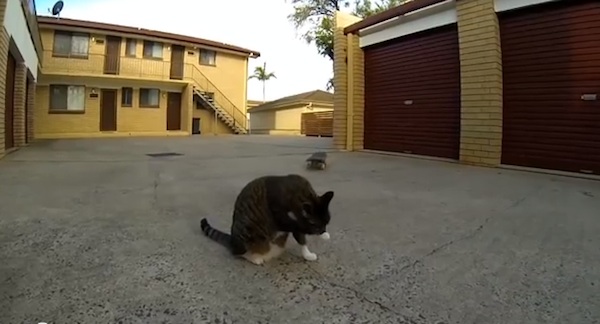 After hopping on the deck, Didga then scoots around town and down to the beach, passing by shoppers and surfers. 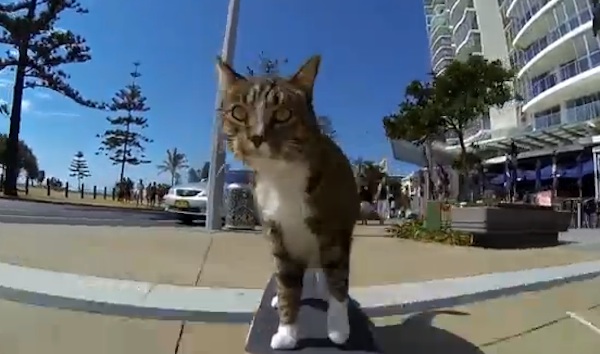 During Didga’s jaunt she skates backwards at one point and seems to like pulling off a trick where she leaps off the board and onto a structure like a signpost before landing safely back on Ollie. 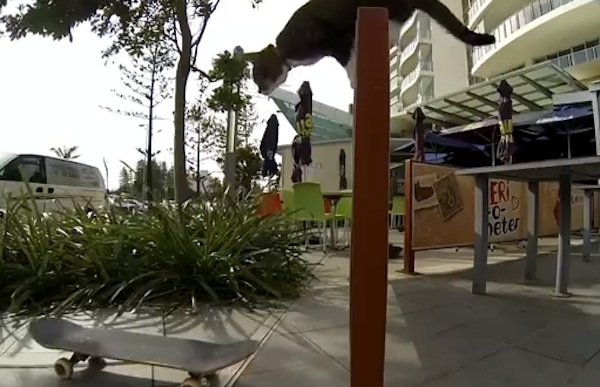 During one daredevil scene, Didga repeats the trick over a Rottweiler! (Possibly antagonizing the local canine set even more, Didga skates confidently by a line-up of dogs to end the video.) 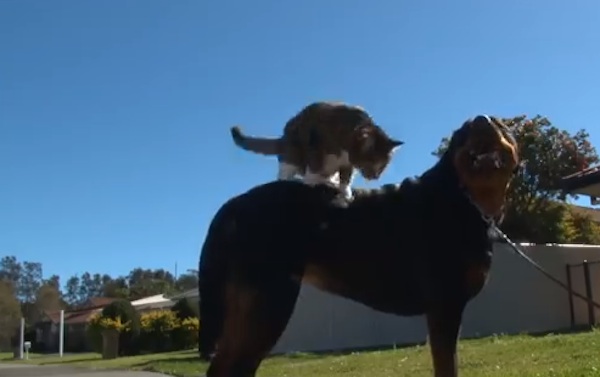 Didga’s most death-defying stunt, though, is to run her skateboard into the base of a tree and climb up to the top, before suavely scaling back down for a perfect landing. 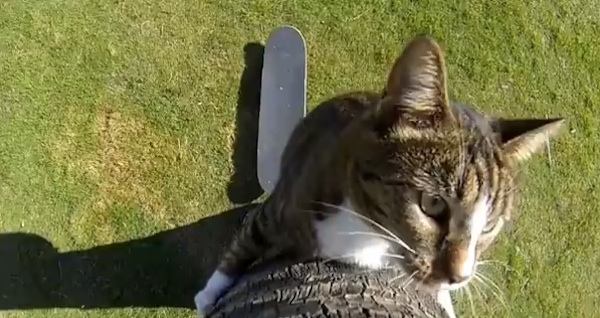 After taking a water break to ensure that she stays hydrated under the rays of the antipodean sun, Didga then heads home for a well-earned cat-nap. 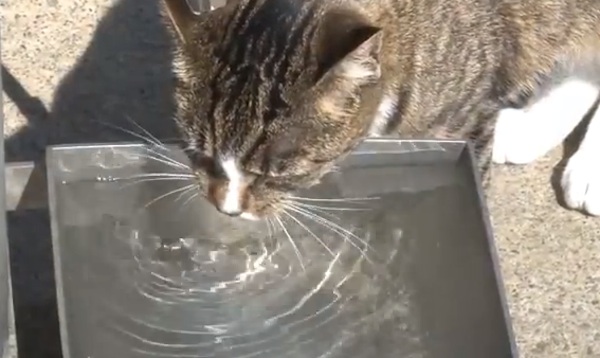 Didga’s skateboarding antics are filmed with a wide-angle lens, which I’d like to think was meant as a homage to the style of classic skate videos from the ’90s. You can watch Didga’s skate session in full below.

Posted in Vid We Love,