Next on The Scoop: 6 Ridiculous Cat Products
Let's Talk

Do You Give Your Cats Silly Nicknames?

Each of our cats has amassed many, which gives us all great pleasure. What about you?

For me, cat nicknames are synonymous with joy, silliness and love. Every one of our cats has amassed many nicknames. Some of them really stick and end up being used more than the cat’s real name. I wish I could be as creative with my other writing as I am with these nicknames.

When we really get going with these nicknames, I feel like I love my cats even more than I already do. I am a word person, and there’s something so endearing and so loving about using a silly or a sweet nickname with one of my cats.

They bring me quickly to a place of fun and silliness and love, and give me great great pleasure. I like to think they give the cats pleasure, too.

Nicknames come out of nowhere. It’s a very subconscious process. Some will have many, some will have fewer. Here are the stories of six of my cats’ nicknames:

My sweet (and persnickety) medium-haired orange tabby boy is no longer alive. But he had many nicknames, and I have no idea where any of them came from. I only know that I loved saying them. We often called him Jamie Tuega (pronounced TOO-ga).

What inspired this? I have no idea. I made up Tuega songs, too, and I wouldn’t tell that to just anybody. Cat lovers, I figure, will understand.

Jamie was also called Little Train (don’t ask me why). Milo, another orange cat and Jamie’s buddy, was Big Train. There were train songs created for the cats. Yes, I am crazy, but I don’t feel bad about it. Hey, what’s crazy about well-intentioned love?!

Tigger was my very special first cat, and she was a dainty and beautiful cream-colored princess. My mother loved Tigger and called her Pussy Paws. I changed that to Bratty Paws. Tigger was not bratty at all (see, these don’t have to make sense!), I just thought it was cute. Tigger also got called Tigtello (I don’t know where this came from, either), and there was a song that went with this name. There’s no lack of creativity in THIS house! 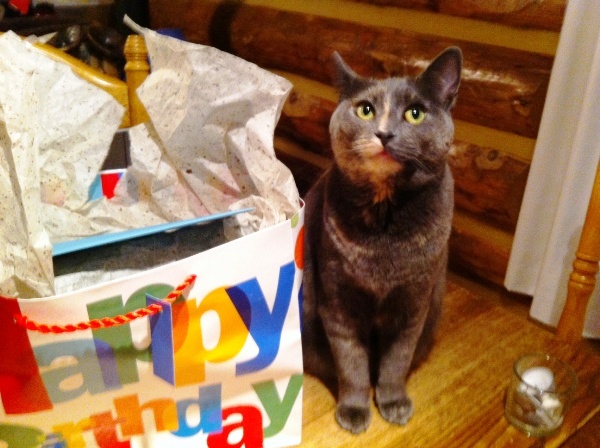 My lovely Karma was a sweet, slightly spunky small Siamese tabby mix. Her names mostly sounded like her root name — Carmelo and Carmina Burana (after the musical piece by that name). But she also got called Karmageddon, and Instant Karma. And somewhere along the line, she earned the name Ting. That had a silly phrase that went a long with it, too. 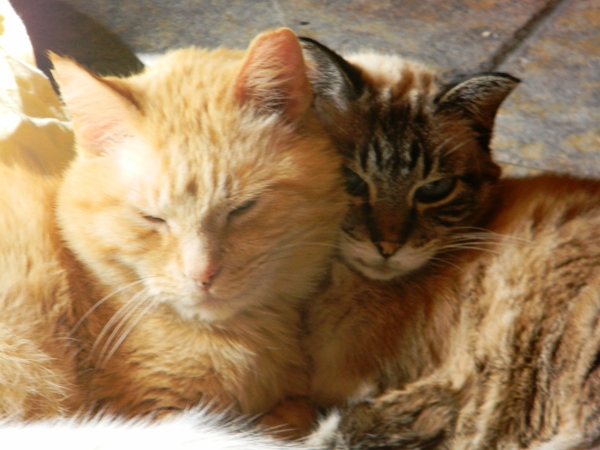 What I think is great about all this is how uninhibited and silly we allow ourselves to be with ours pets.

Kali was a serious yet completely tender and passionate cat. But for many years, she was very, very uptight. She would growl all the time, as if she was out of sorts. She earned the nickname Growler, and it stuck, even when the growling finally went away and she finally got comfortable with the other cats. 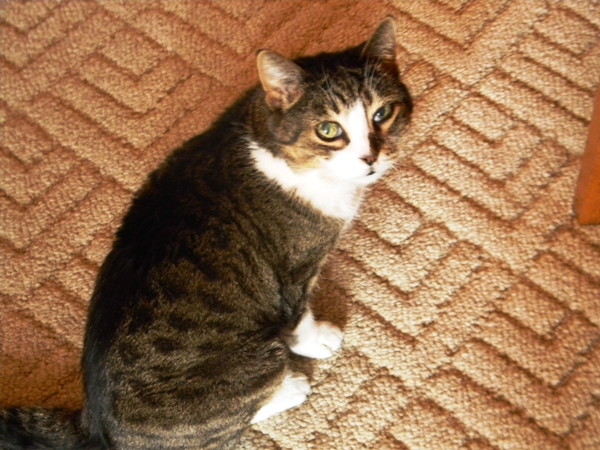 Pretty Jamie Bluebell is silly and fun, and she practically lends herself to nicknames. She likes to make a WOO! sound when she’s happy, and we often make the WOO! sound back at her. We started calling her Fat Paws because at some point when she was growing out of kittenhood, her paws really filled out and got big. Her cutest nickname is BlueChip — Blue for Jamie Bluebell; Chip for the potato chips she loves. She comes running at the crinkly sound of a potato chip bag being opened. 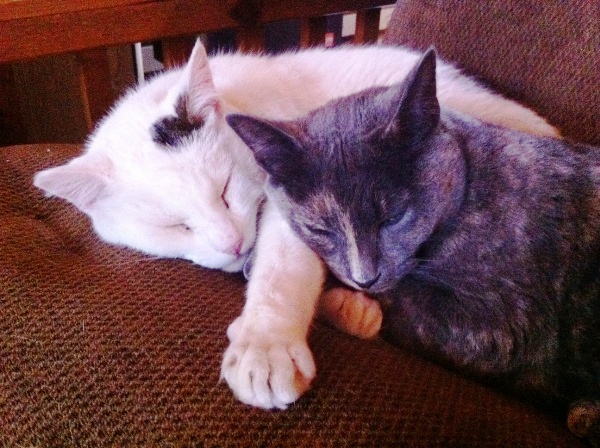 Ahhh, Zorro. He hasn’t been a member of the household for long, and he already has names. Zorro has an intense, passionate look on his face, and he locks eyes with me and won’t let go. I have been calling him Flirty Face. I also call him Flirty Feet, since he dances and expresses himself with his paws. I’ve never seen a cat use his paws the way Zorro does.

If the cats could have nicknames for me, what would they be?

Ha! I hate to even imagine this! Crazy mama? Wildcat woman? Mamaste (play on namaste)? Who knows? Maybe my sensible cats are more sensible than I am, and wouldn’t have time to mess with silly nicknames. We’ll never know.

Does your cat have silly, funny or loving nicknames? Tell your stories in comments!