Next on The Scoop: Fitness Gurus Shorty and Kodi Will Pump You Up
Cat Dandy

Why I Let My Cat Go Outside

Thomas gets limited time outdoors. I know the dangers, so it all depends on his good behavior as well as external factors. It could change quickly.

In 2007 my friend Nick and I rode our motorcycles 3,150 miles in nine days from Northern California into Oregon and Washington. I’ve done rides like this six or seven times. Nick has done a lot more, including rides to Alaska and the Great Lakes region. A few years ago I was teaching someone else to ride, and I asked Nick whether he’d ever done this.

"I don’t teach people to ride motorcycles," Nick said. He said he loves riding, but he doesn’t want to encourage other people to do it. "When you do the numbers," he said, "there’s a really good chance you’re going to lose."

We both know this. Yet we keep riding. Why? What we get from riding motorcycles outweighs the risks. Plus, you can do a lot to minimize risk: how you ride, when you ride, where you ride, what you practice and train for, whether you wear full gear. Any motorcyclist knows a crash is always possible, but it’s also possible to avoid many crashes or minimize damage if you do crash. (I’ve crashed six times since 1983.) You also have to trust your intuition, and know when not to ride. (I went bike-less for more than 10 years.) You also need to know when it’s time to hang up your leathers for good. 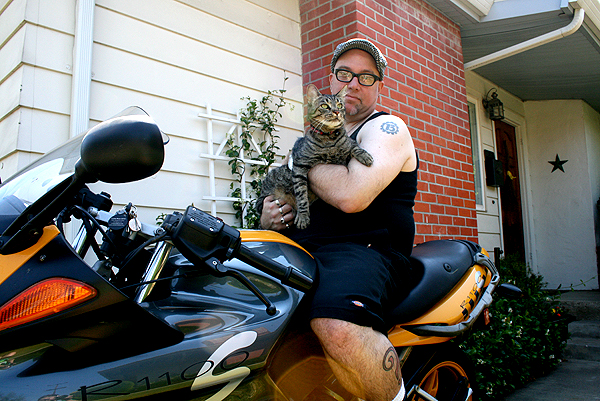 What does this have to do with cats? It’s an analogy for whether to let my cat outdoors. Dr. Eric Barchas last week in his Ask a Vet column used the metaphor of smoking to illustrate his views on the topic. His conclusion: The benefits of letting a cat outdoors never outweigh the risks — with extremely narrow exceptions. 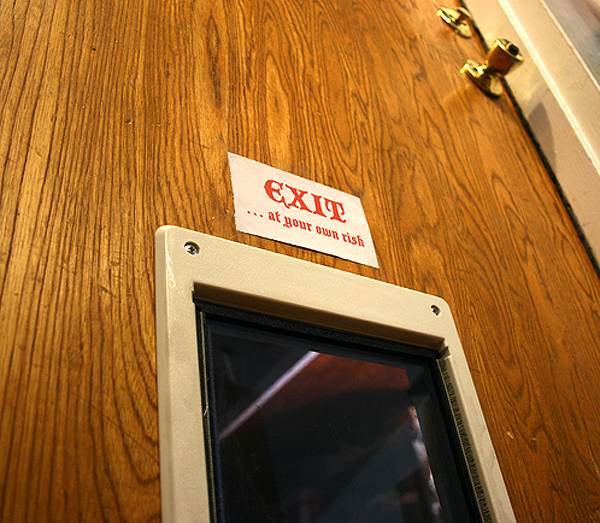 I reach a different conclusion: The benefits can outweigh the risks, based on the individual cat and the situation. But you have to mitigate the risks, be careful, and watch closely — and you have to be prepared to make changes or stop the practice.

Barchas put forth a number of pretty sound arguments in favor of letting a cat outside, and then he shot down almost every one. My argument in favor of letting Thomas outside is pretty simple: He loves it, and my girlfriend, Daphne, and I love being outside with him. This is especially true in the summer months. I often bring our fake-bird-on-a-pole toy outside to play with him. He plays differently outside, often grabbing the bird from me to haul it inside, as he might a real kill. When Daphne and I eat outside, Thomas often sits with us and enjoys the warm evening air. 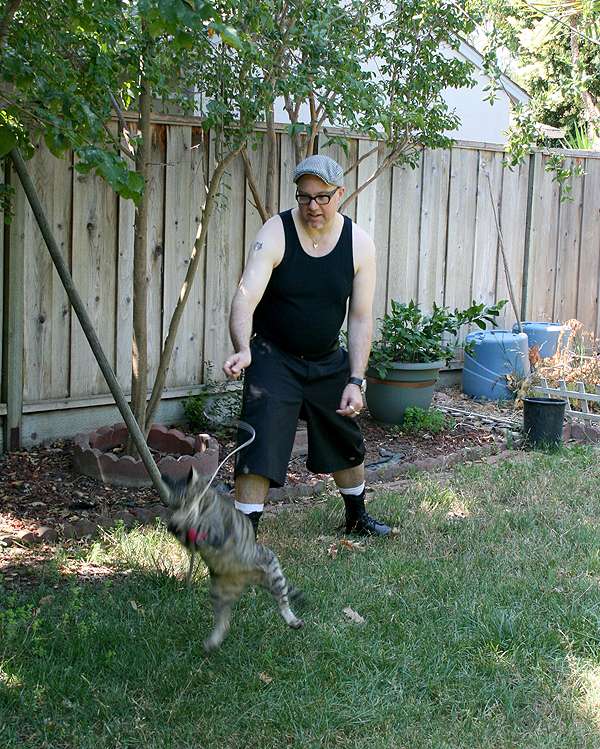 But just because he loves it (and we love it) doesn’t mean outdoor time is unlimited, or that it’s guaranteed. Here are some of things we base it on.

Thomas has his rambunctious times — he’s a four-year-old boy cat, after all — but he’s a smart cat, and he is extremely well-behaved. “He’s like a teenager who we allow to drive,” Daphne says. “He has earned our trust.” Here’s how he did that: 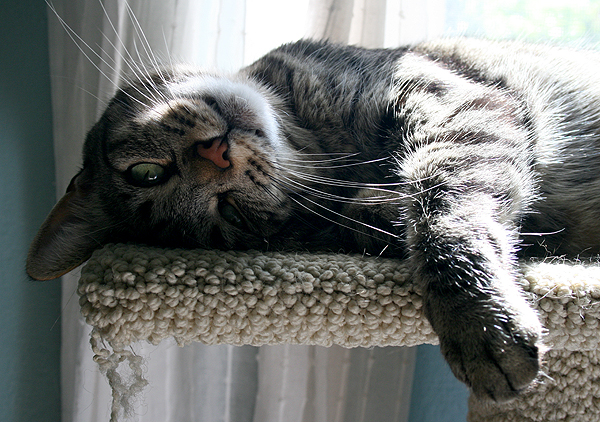 Thomas can make quite a ruckus about going outside, but there are times we simply won’t allow it. (A recent example is when two scrub jays were teaching their two fledglings to fly — no way was he getting outside then.) Here are some of the conditions we put on him:

So far, we’ve seen no daytime predators (whereas at night there are raccoons, and there might be owls, which I wrote about last week). Regardless, if predators showed themselves, or a combative cat moved in nearby, we’d keep him in. Same for his behaviors — if he hopped the fence and went on walkabout, if he started killing birds despite the collar, or if he didn’t respond when we called him — that would be the end of it.

Regardless, Daphne and I have also considered building a “catio” — a big cat enclosure that would give him outside time but would prevent escape and keep wildlife safe. 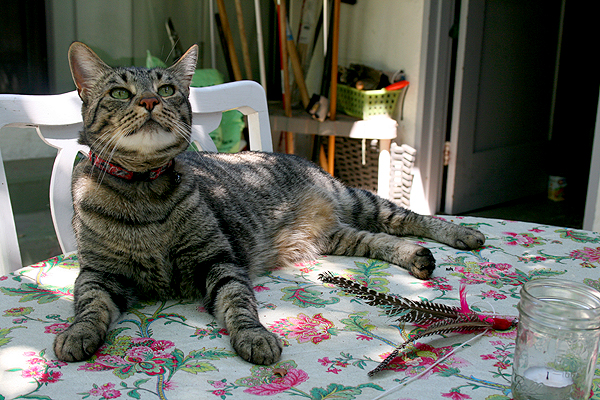 A lot of Catster readers have strong feelings about this topic, so I’ll make some things clear. I’m not advocating that all cats should be allowed outside, even on a limited basis. Most of my cats have been indoor cats, and this arrangement with Thomas might be an experiment that ends. I’m also not saying my formula or reasoning would work for any cat, even in the same situation. In the end, you should do what you believe is best for your cat and your family. 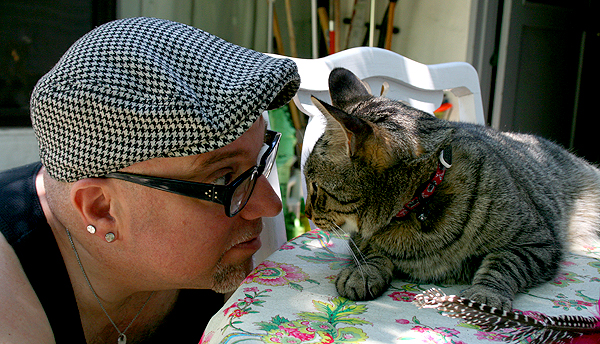 That’s what I’m doing. It feels like the right thing. I hope it is.

What are your experiences with outdoor cats? I’ve already heard some heartbreaking stories from people on Facebook when I put this question out a few days ago. But I’m sure there are also people like myself and Daphne who have good experiences. Tell me about both sides in the comments.